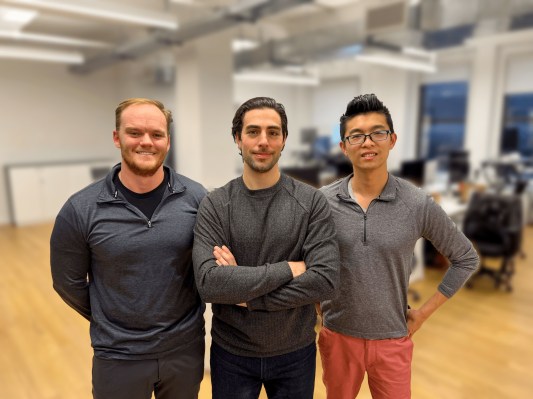 
Ampla Technologies, a startup which provides financing to small-to-medium sized consumer-facing businesses, announced today it has raised $40 million in a Series A round of funding co-led by VMG Partners and Forerunner Ventures.

Existing backer Core Innovation Capital also put money in the round. In conjunction with the equity investment, Ampla has also secured $250 million in a debt facility so that it can begin financing brands. The capital infusions bring the New York-based startup’s total funding to $50 million in equity and $330 million in debt financing since its 2019 inception.

While there are a number of startups out there funding SMBs and e-commerce businesses, Ampla claims that its differentiator is that it provides businesses with a line of credit that includes “omnichannel” revenue streams in underwriting. The company’s goal is to give founders access to more capital at lower cost, according to Ampla CEO and founder Anthony Santomo.

Ampla’s flagship product, for example, aims to provide (even pre-revenue) businesses with working capital so they can do things like purchase inventory and spend on marketing. Ampla currently works with SMBs in the consumer brand industry across both e-commerce and retail channels. Its “proprietary” data-driven underwriting tool takes into consideration the two channels, and provides “fully transparent” interest rates with no hidden fees and larger credit limits, according to Santomo.

“By the full omnichannel view, we mean that we are able to look at not only e-commerce revenue streams but also retail revenue streams to capture the entire commerce view,” he said.

Unlike raising venture money, the working capital is non-dilutive. Indeed, a number of startups providing alternative financing have emerged in recent years, including Clearco and Settle, among others.

The startup has over 200 customers including Partake Foods, Bev, Good Planet Foods and Serenity Kids. Nearly 30% of Ampla’s customer base so far is made up of businesses founded by people of color and over 40% by females, its execs claim.

While the company declined to reveal hard revenue figures, it did say that its monthly transaction volume has grown over 300% in the last 12 months. Its headcount has quadrupled to 40 during that same timeframe.

Ampla plans to use its new capital to, naturally, do more hiring across product, technology, sales and operations.

“Growing our team will allow us to launch new products and iterate on existing products faster,” Santomo told TechCrunch. “All products are driven by customer feedback and demand.”

Jason Bornstein, principal at Forerunner Ventures, led acquisition and demand planning at Bonobos ( an e-commerce-driven apparel subsidiary of Walmart) in its early days that ended up raising over $100 million in funding.

At the time, he recalls, “it was never easier to build a brand online, but it was challenging to build a business online.”

“But over the last decade, a playbook for how to launch a digital brand has developed. The enablement layer of products and services has matured, and there’s now a vibrant ecosystem of digital brands,” he wrote via email. “When it comes to financing, however, the choices aren’t at all clear-cut. While select brands may continue to take equity and venture debt through the VC ecosystem, most brands do not have access to appropriate capital to scale. Brands deserve a financial platform that appreciates and understands their business model, capital needs, and ambitions.”

While Forerunner became known in the market as an early supporter of digital brands, Bornstein points out that the firm has “always” believed that stores and wholesale will continue to play a meaningful role in a brand’s sales strategy and presence in the market.

“Ampla shares this belief and uniquely considers omnichannel revenue when underwriting a business,” he said.

Brooke Kiley, partner at VMG Catalyst, noted that VMG has a long history of investing in consumer products and has seen firsthand that there’s a lack of viable working capital options for emerging brands.

“The existing alternatives leave entrepreneurs confused and frustrated. With Ampla, what you see is what you get,” she wrote via email. “There are no hidden fees or intentionally confusing structure. Your business is evaluated as a whole – not just one individual revenue channel – and provided with flexible terms that are designed with the customer in mind.”

Stocks from open to close as investors weigh omicron risk