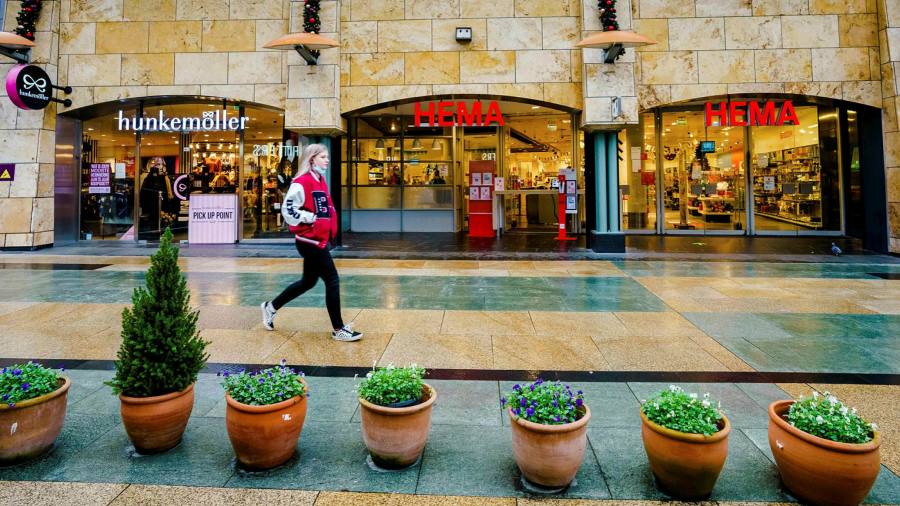 Stocks and oil drop as Omicron variant ‘clouds the outlook’


Equities and oil prices dropped on mounting concerns for the global economy, as the rapid spread of the Omicron coronavirus variant prompted governments across Europe to reimpose restrictions.

Wall Street’s S&P 500 dropped 1.4 per cent, after the benchmark stock barometer shed 1 per cent on Friday. The tech-heavy Nasdaq Composite fell 1.6 per cent in early trading on Monday.

In Europe, the Stoxx 600 index fell 1.4 per cent in afternoon dealings. London’s FTSE 100 and France’s Cac 40 both slid by about 1 per cent, while Germany’s Dax declined 1.8 per cent. Travel and leisure stocks were among the hardest hit, with Tui, Wizz Air, British Airways parent IAG and Lufthansa all falling by more than 2 per cent.

The Netherlands on Sunday became the first EU country to re-enter a nationwide lockdown, shutting bars, restaurants and most non-essential shops until at least mid-January.

The German government tightened travel restrictions over the weekend, while the UK’s health secretary did not rule out having to bring in curbs in England before Christmas, telling the BBC it was “time to be more cautious”. Ireland, meanwhile, initiated an 8pm curfew for pubs and restaurants. 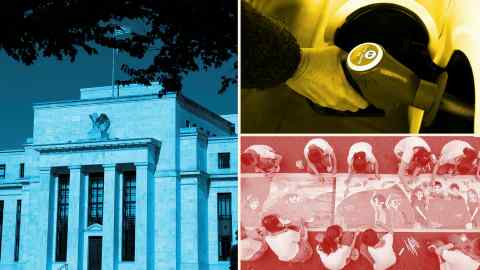 Tatjana Greil Castro, co-head of public markets at Muzinich, attributed the market slide to the higher chance of Omicron-induced lockdowns in both Europe and Asia, although she added that moves in either direction were likely to be exaggerated at this time of year because of thin trading volumes ahead of Christmas.

Omicron is “one of the biggest issues for markets right now” because it has “clouded the outlook moving into year-end”, added Jim Reid, strategist at Deutsche Bank.

Oil prices reflected those jitters. Brent, the international benchmark, fell 3.8 per cent to $70.69 a barrel, while US benchmark West Texas Intermediate declined 4.7 per cent to $67.52.

“Pandemic-driven fears have returned to the fore of investors’ concerns amid surging cases of the Omicron coronavirus variant,” said Stephen Brennock of PVM, a brokerage.

Traders shifted into perceived haven assets early in the trading session, but the rally later eased. The 10-year US government bond yield fell 0.01 percentage points to 1.39 per cent, while the equivalent 10-year German Bund yield was steady at minus 0.38 per cent.

Meanwhile, US growth prospects were dealt a blow after Democratic senator Joe Manchin said he would not vote for President Joe Biden’s flagship Build Back Better bill, meaning the legislation was unlikely to pass in its current form, analysts said.

Manchin cited the country’s existing debt levels, the re-emergence of Covid-19 and rising prices for consumer goods as reasons for rejecting the bill.

“If fiscal policy loses momentum as the [US Federal Reserve] tightens, the growth-inflation trade-off may get more difficult,” said Kit Juckes, macro strategist at Société Générale.

China, meanwhile, eased monetary policy on Monday by cutting its one-year prime lending rate, in what Juckes said was an attempt to stop the country’s economic growth slowdown “gaining momentum”.

“We may [soon] see more downward revisions to growth”, he added.

Sarah Palin Opposes Vaccination, Will Get Shot ‘Over My Dead Body’