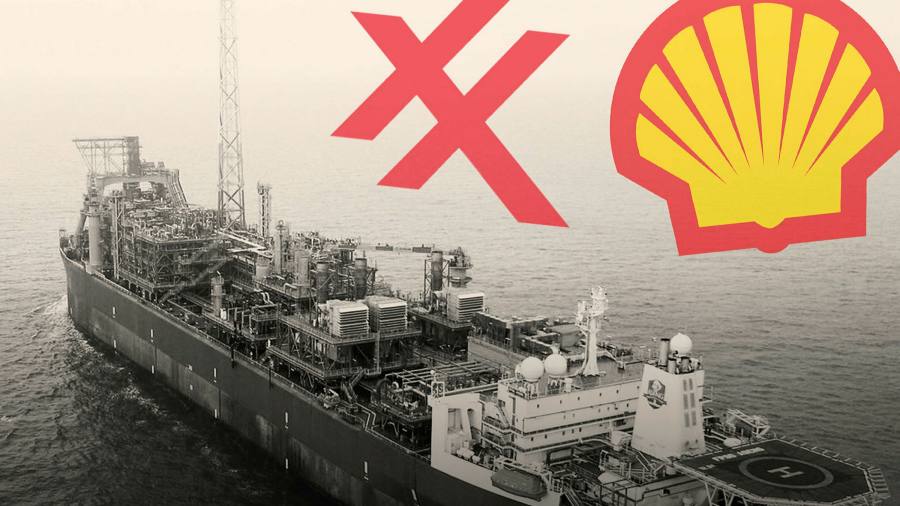 
For decades campaigners have picketed oil and gas offices, blockaded refineries and disrupted operations. Now the energy sector is facing a new kind of activism: from its own shareholders.

Over the past year activist investors have targeted oil supermajors ExxonMobil and Royal Dutch Shell, commodity giant Glencore and Scottish energy group SSE. Other institutional and retail investors have also pushed for change, voting in higher numbers than ever before for climate-related resolutions.

The investors vary in profile and objectives, but have all tied their campaigns to what they say has been management’s failure to plan appropriately for the energy transition.

Third Point, the US hedge fund calling for Shell’s break-up, said in October that the Anglo-Dutch supermajor had “too many competing stakeholders” resulting in “an incoherent, conflicting set of strategies attempting to appease multiple interests but satisfying none”.

Elliott Management has targeted SSE, saying the company has the assets to profit from a low-carbon future but “continues to disappoint”.

The arrival of activist investors in the energy sector at this moment of global upheaval is “no surprise”, according to Nick Stansbury, head of climate solutions at Legal and General Investment Management, the UK’s largest asset manager.

“Activists typically turn up after long periods of underperformance when they detect that headwinds are becoming tailwinds and where they see an open door to push on with other investors,” he said. “This is an industry which has both allocated capital badly and generated poor shareholder returns for a very long period of time.”

The most successful activist campaign of the year was waged against Exxon by the tiny US hedge fund Engine No. 1.

When it sent its letter to Exxon’s board in December 2020 Engine owned just 0.02 per cent of the company. Six months later it had secured three board seats with a mandate to prepare Exxon for a future free of fossil fuels.

“We don’t really think of ourselves as activists but as active owners,” founder Christopher James told the Financial Times. “An activist is typically looking to make change in order to drive short-term returns. An active owner is interested in what owners want.”

But while such language may be more conciliatory than the typical Wall Street raider, James is deeply critical of most oil and gas majors’ plans.

“These companies are aware of the energy transition, they are talking about it, they have a plan, but it’s not really a strategy to create value,” he said.

The oil and gas industry disputes this assessment. The European supermajors, for example, have all announced energy transition strategies this year, including huge investments in renewables, which they say will make them big energy providers for decades to come. But many investors remain sceptical, and stock market valuations continue to lag behind other industries.

“It is going to be increasingly critical that these businesses are very entrepreneurial and quick to react to political and regulatory changes and I haven’t seen big conglomerates do that effectively,” said one activist investor watching the sector.

Energy majors that plan to invest heavily in wind turbines, solar power and electric-vehicle charging while continuing to operate oil and gas assets will have to be agile enough to compete with “pure play” companies in each of those areas, the investor said. “That’s really hard.”

Beyond the existential challenge of the energy transition, the big energy companies are also facing an investment community that has fallen out of love with the conglomerate.

General Electric in November announced it would finally divide into three companies, a day after Japan’s best-known industrial group Toshiba, under pressure from activist investors, said it was also weighing a split.

“These are all 100-year-old companies deciding it is in shareholders’ best interest to run some of these businesses with dedicated management teams who are free and unrestrained to go off in the right strategic direction,” said Oswald Clint, an analyst at Bernstein.

Unlike Third Point, Clint supports Shell’s view that it can perform better in the energy transition as an integrated company, but said management had not yet done enough to explain the benefits of integration to investors.

“Investors find it difficult to model [the integrated business] and move on to something simpler,” he said.

Environmental shareholder group Follow This is also opposed to Third Point’s proposal to split Shell into a legacy oil company and a new gas and low carbon business, which founder Mark van Baal labelled “short-term activism” that would not help the fight against climate change.

Set up in the Netherlands in 2015 as a platform to help retail investors press oil and gas companies to shift away from fossil fuels, Follow This takes a different approach to the multibillion-dollar activist investors in London and New York.

It filed shareholder resolutions last year at Shell, BP, Equinor, Chevron and Phillips 66 to compel each company to set emissions reductions targets compliant with goals of the 2015 Paris climate agreement. One of its most successful resolutions, at Shell, received support from 30 per cent of shareholders in May. This year it extended the campaign to four more companies including Exxon and ConocoPhilips.

“Engagement doesn’t work, votes work,” said van Baal, criticising investors that he said voted with management in the hope of then achieving change through dialogue.

Such action is not limited to Follow This. In 2021 there were 16 climate-related shareholder resolutions at FTSE 350 companies, up from five in 2020, according to a recent survey from Thomson Reuters.

Whether rising investor activism will benefit shareholders remains to be seen. The campaigns at Shell, SSE and Glencore — where London’s Bluebell Capital partners is pushing the trader to spin off its thermal coal business — are in their infancy. At Exxon, Engine’s directors are in place but time will tell whether they can change America’s biggest oil company from within.

“From a long-term active owner perspective, the activists may or may not be good news,” said Natasha Landell-Mills, head of stewardship at Sarasin & Partners, a UK asset manager. “It’s all about their motivation.”

Stansbury also urged caution, while acknowledging that the best activists had an ability to pick out the “simple things” that could be done to boost performance.

“If an activist shows up you need to be sure, as a long-term investor, that they are asking for things that will both generate value for the long term and make the overall ESG [environmental, social and governance] impact of the company improve,” he said.

Provided the oil and gas majors and other energy groups remain undervalued compared with other sectors, the activists are not going away.

“These aren’t strategies that are going to fall by the wayside,” said Clint, adding that Shell’s rival BP was another “big stock” that had underperformed. “BP could be susceptible to a very similar strategy, no question.”

A millennial NFT investor made nearly $100,000 in 6 months with a virtual car repair shop and a bank in a gaming metaverse that isn’t even live yet | Currency News | Financial and Business News