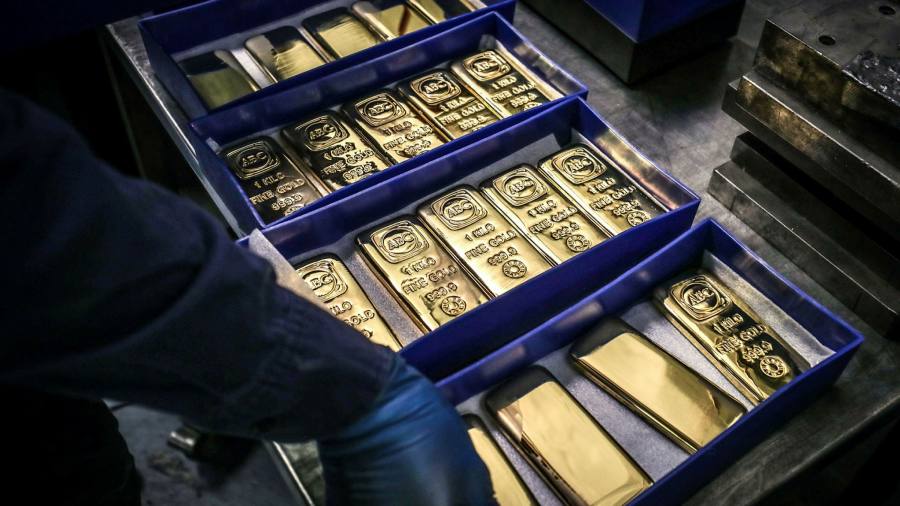 Asset classes of 2021: Bitcoin’s surge leaves gold in the dust


Gold is among the worst-performing major asset classes of 2021 despite accelerating inflation, as the precious metal’s lustre has faded next to what some see as its digital equivalent, bitcoin.

The precious metal, often hailed as an inflation hedge, has dropped 5 per cent this year, even with investors looking for protection as consumer prices soar across the globe. Bitcoin, by contrast, has posted a big, if volatile, rally in 2021, with a 65 per cent appreciation in the year to date.

Francisco Blanch, strategist at Bank of America, said that the Federal Reserve’s withdrawal from crisis-era stimulus measures and higher bond yields in the US had caused “big headwinds” for gold. A stronger dollar, which makes the metal more expensive to international investors, had also weighed on its performance, he said.

“Some flows that may have historically gone to gold may have gone to crypto assets,” added Blanch. Digital assets allocation from institutional investors had risen “across the board” in the past year-and-half, he said.

Bitcoin enthusiasts see what they call “digital gold” as a bulwark against inflation, pointing to its finite supply. However, cryptocurrencies such as bitcoin and ethereum were more akin to “risk assets” than havens, said Blanch, who described them as highly volatile and increasingly “correlated to equities and risk” through their rising use in some investor portfolios.

Bitcoin’s risk-adjusted returns, which account for volatility, show much slimmer gains of 0.9 per cent, lower than most other asset classes, according to calculations by Goldman Sachs. Its price fell by $10,000 over the course of an hour in early December.

Nikolaos Panigirtzoglou, cross-market analyst at JPMorgan, said that Bitcoin’s high volatility was “not incompatible” with a store for value thesis, which “has to do more with a belief that assets such as bitcoin or gold will hold their value if something systemic happens or if the financial system faces a crisis”.

Elsewhere, US energy stocks and the oil price performed strongly as the year was marked by a reopening of the economy. “Monetary and fiscal support coupled with vaccination rollouts” increased the mobility of people and goods, which drove up energy demand, said Gregory Perdon, co-chief investment officer at Arbuthnot Latham.

Although the emergence of the Omicron coronavirus variant has cast doubts on forecasts, analysts remain bullish. “We’re much more excited about cyclical commodities [than gold] because we think the economic cycle will continue into next year,” said Blanch.

Real estate stocks also benefited from the reopening, with the S&P 500 sector adding 41 per cent on a total return basis. According to JPMorgan, real estate investment trusts have a history of beating public equities when inflation and growth are both either above average or above 3 per cent.