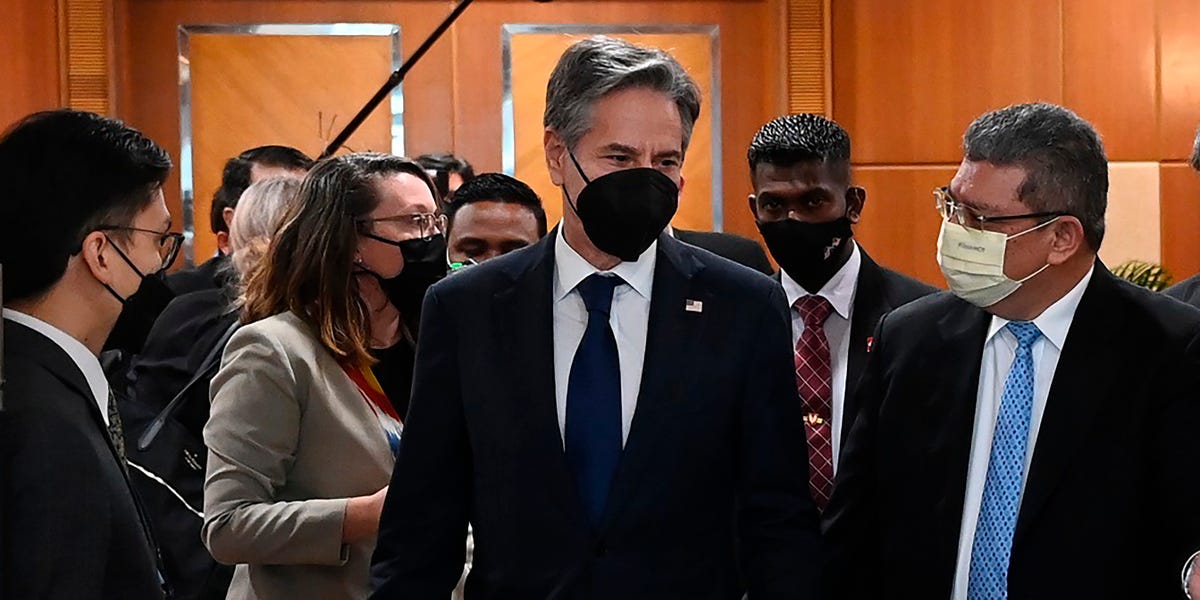 Instead of continuing on for a scheduled visit to Thailand, the trip came to an early halt on Wednesday after one of the reporters in the press pool traveling with Blinken tested positive for COVID-19.

The State Department did not announce that two members of the Air Force flight crew also tested positive, and only acknowledged the cases in response to inquiries by CBS, the outlet reported.

At least one of the Air Force flight crew members received a positive COVID-19 test result one day before the reporter, a senior State Department official confirmed to CBS.

Officials with the State Department told CBS every member of the traveling party was required to take several COVID-19 tests throughout the trip, but that Department of Defense personnel do not have to undergo the same testing regime and can obtain waivers to avoid having to test in each country.

Blinken was supposed to visit the United Kingdom, Indonesia, Malaysia, Thailand, and Hawaii but returned to the US out of “an abundance of caution,” according to a State Department press release on Friday, which also did not mention that additional members of the crew tested positive.

The State Department and the Department of Defense did not immediately respond to Insider’s requests for comment.

“Weimar Signs” In Brooklyn Show The Money Is Broken

Dominic Barton emerges as frontrunner to be next Rio Tinto chair