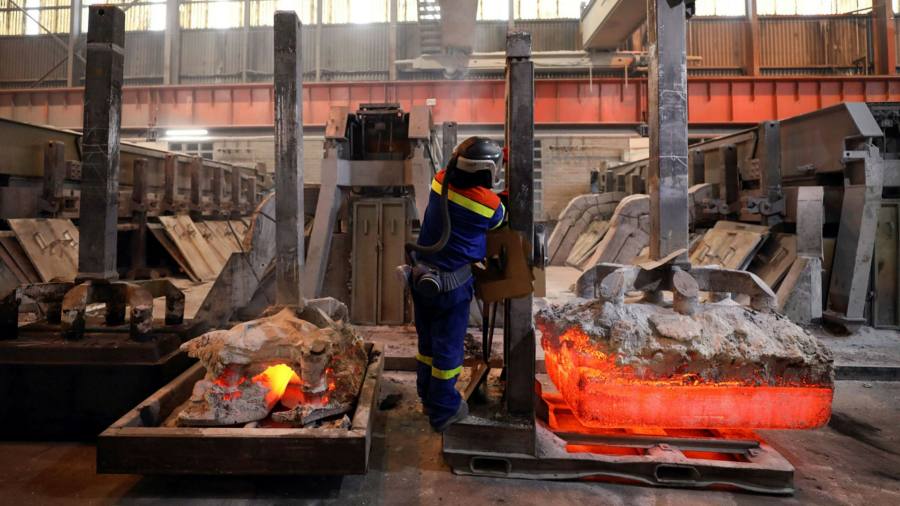 
The Scottish government has taken a £161m provision against a guarantee it handed to Sanjeev Gupta’s business, underlining the risk to taxpayers from a complicated deal that underwrote the metals magnate’s takeover of Britain’s last aluminium smelter.

Scotland upped its provision against a taxpayer guarantee linked to Gupta’s metalworks in Lochaber from £37m to £161m. The increase was disclosed in an audit of the Scottish government’s latest consolidated accounts published this week, which said the change reflected the “uncertainty regarding the financial stability” of Gupta’s industrial empire at the end of March.

The 50-year-old’s conglomerate came under intense pressure that month as its main lender Greensill Capital collapsed, sparking a financial and political scandal. Gupta’s GFG Alliance group of companies is now under investigation by the UK’s Serious Fraud Office for suspected fraud and money laundering.

The Scottish Government told the Financial Times on Friday that the value of its security package against the guarantee exceeded its remaining financial exposure, citing “analysis prepared by independent advisers”.

Scotland provided the £586m guarantee in December 2016 to allow Gupta’s family business to acquire the smelter in Lochaber, near Fort William, and two nearby hydropower plants from Rio Tinto. The government only disclosed the total size of the guarantee last month after a nearly two-year freedom of information campaign by the FT.

The guarantee saw the government stand behind 25 years of power purchases by Sanjeev Gupta’s company from another business owned by his father. Greensill was then able to transform this contract into £295m of debt that carried the same credit rating as UK sovereign bonds, these funds were then used to purchase the Lochaber smelter.

Gupta, once hailed the “saviour of steel” because of his promise to resurrect moribund metals plants, garnered widespread support in Holyrood, which even allowed him to host a lavish banquet at Edinburgh Castle in 2016 to celebrate his takeover of a struggling steelworks.

The ruling Scottish National Party is coming under increasing scrutiny for its dealings with GFG Alliance however, with a government minister telling the Scottish parliament earlier this week that it may have breached state aid rules in a 2016 deal that saved the Dalzell steel plant.

The FT has previously reported that GFG stopped making payments on a £7m government loan backing the steelworks last year, after transferring a portion of the taxpayer loan’s proceeds elsewhere in the industrialist’s empire.

The Scottish government said that the provision in the accounts, which are prepared by the Auditor General for Scotland, was based “on a technical assessment of a range of credit risk scenarios”.

“The guarantee has not been called, while the change in provision is an accounting adjustment only and does not impact Scottish Government spending,” it added. “It is not a forecast of likely outcomes in respect of the guarantee and the provision remains under review and is subject to change.”

The Lochaber transaction was the first significant deal Greensill executed for Gupta. It also transformed Gupta into the UK’s fifth-largest landowner, as his family took control of a 114,000-acre hunting estate in the foothills of Ben Nevis.

At the time, Gupta said the investment could create 2,000 new jobs in the Lochaber region, but the Scottish government disclosed this year that fewer than 50 additional people had been hired. The Auditor General of Scotland’s report this week noted that deals such as Lochaber, where the government had taken a “direct role in providing financial support to private companies”, had “not delivered expected outcomes and [are] unlikely to achieve value for money”.

That assessment drew condemnation of the guarantee from Willie Rennie, former leader of the Scottish Liberal Democrats.

“Gupta has a valuable government guarantee, which [he] has been able to use to secure a financial return for his company,” Rennie told the FT. “Scotland is on the hook for millions of pounds, with next to nothing in return.”

In a statement GFG said that the Lochaber smelter “remains a profitable operation” and that the group’s “continuing commitment to the operations and to investing in a new recycling and aluminium billet plant will secure their longer-term future, create new high quality employment in the area and provide opportunities for the local supply chain”.