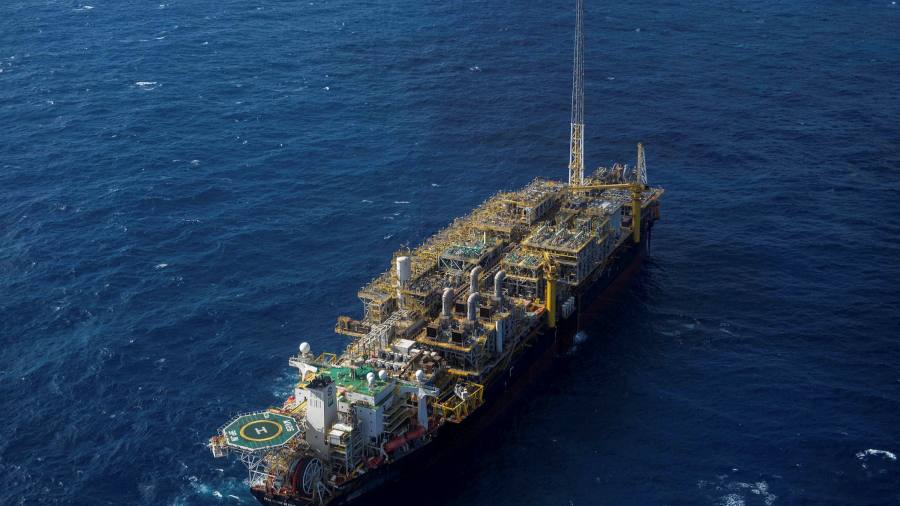 Total and Shell among winners in Brazil oil auction


Several oil majors on Friday committed to exploring deep-sea oil prospects off Brazil’s coast following an auction widely seen as a test of the industry’s appetite for crude in the face of the green energy transition.

Total, Petronas and Qatar Petroleum joined with Brazil’s Petrobras in a winning bid to develop the Sépia field in the south Atlantic, while Total and Shell will team up with Petrobras to explore the Atapu prospect.

The two prospects form part of a group of four “pre-salt” fields off Brazil’s coast, which are believed to contain as many as 15bn barrels of oil in total. The high-quality oil is named for the thick crust of salt that sits above the crude.

Amid a global push for clean energy, oil companies are increasingly hesitant about traditional exploration. By joining consortiums in areas with established reserves and relatively clean production, the oil groups could prop up their supply with limited environmental and reputational impact, analysts said.

“In these fields, there was already oil discovered, so the operational risk is lower. Beyond that, [carbon dioxide] emissions in the pre-salt fields are relatively low compared with other fields, so this justifies the interest of companies even during the beginning of the energy transition,” said Marcelo de Assis, head of Latin America upstream research at Wood Mackenzie.

The auction in Rio de Janeiro was heralded as a success by the Brazilian government, which claimed almost $2bn in total fees from the oil majors. The Sépia consortium offered 37.4 per cent in “profit oil” — the amount they need to share with the government — while the Atapu group offered 31.7 per cent.

A further $35bn will be invested by the companies in developing oil and gas production during the 35-year contract. National output is expected to increase by 12 per cent over the next five years, according to Bento Albuquerque, Brazil’s minister for mines and energy.

The success of the auction contrasts with the government’s last oil auction in 2019 when steep prices and complex sharing rules frightened away major global players. At the time, Brasília sought more than $9bn in fees.

“The [$2bn] in bonuses is important. It reinforces Brazil’s cash flow at a time of financial fragility. The second, the [$35bn] increase in investment commitments, this is even better. Everything an economist dreams about for the future of the country is precisely this — a wave of investments that will bring jobs, income and innovations,” said Paulo Guedes, Brazil’s finance minister.

“I consider [this auction] even more important, precisely because it brought a significant increase in the number of participants. Prosperity comes precisely from increased competition.”

Henrique Jager, a researcher from the Institute for Strategic Studies on Petroleum, Natural Gas and Biofuels, said the reduced fees that the oil majors paid to the government on Friday reflected the growing risks of investing in oil.

“This industry has a big environmental impact, so investing in this industry has an increasing cost in the face of climate events. Therefore, companies tend to be more careful with their investments. How does this impact the auctions? Today they want to pay less and share the risk with the state that puts the fields on offer.”

JPMorgan Pays $200 Million in Fines Over Employees Use of WhatsApp

Is BABA Worth A Punt?

Bitcoin Will Lead Us To A More Virtuous World –…