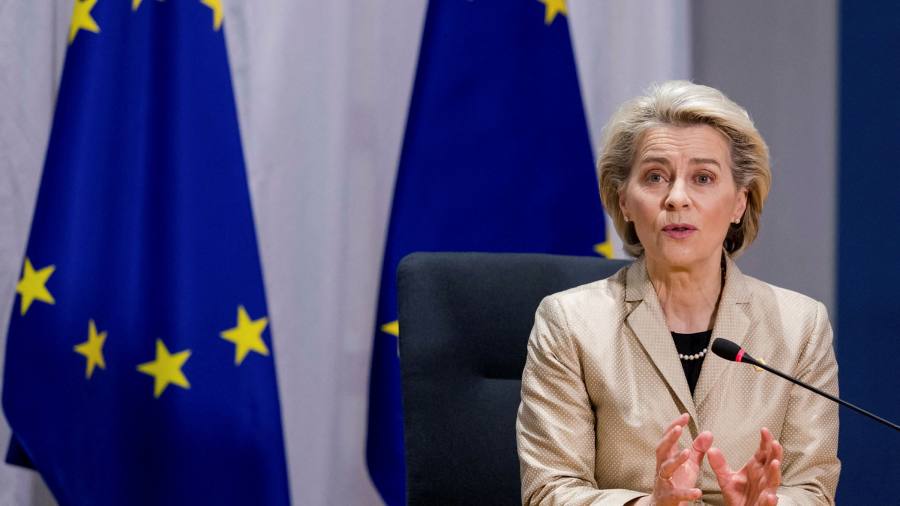 
A group of EU leaders have demanded that Brussels intervene to help curb the record price of CO2, arguing that potential market manipulation is raising energy costs and exacerbating Europe’s winter gas crisis.

European member states led by France and including Spain, Poland, Hungary, Latvia, and the Czech Republic objected to the European Commission’s assertion that there were no irregularities in the EU carbon market as they come under pressure to cushion consumers from the rising cost of energy.

The complaints were raised at an EU summit in Brussels on Thursday, where leaders ultimately failed to bridge divisions and abandoned attempts to agree common language on the energy crisis.

Charles Michel, president of the European Council who chaired the meeting, described the issue as “difficult” after Poland and the Czech Republic demanded references to the emissions trading scheme (ETS) and forthcoming EU rules on its green “taxonomy” in the summit conclusions. The requests were resisted by Germany’s new chancellor Olaf Scholz, along with Austria and Luxembourg.

European gas prices hit their highest level since October earlier this week on the back of concerns about Russia’s new Nord Stream 2 pipeline to deliver natural gas to Europe.

The gas supply crunch has provided an incentive to energy producers to switch to cheaper but more polluting coal — raising demand for carbon allowances under the EU’s cap-and-trade system. The carbon price as reflected in the ETS surged to more than €90 per tonne of CO2 last week.

Heavy polluters are obliged to buy ETS allowances to cover their carbon emissions, in an effort to place a cost on the dirty fuel and curb greenhouse gas emissions.

EU diplomats told the FT that a number of leaders demanded the commission carry out more rigorous scrutiny of the price dynamics in the ETS. Some suggested direct political intervention in the market for allowances which is effectively controlled by the commission.

Leaders also clashed over Brussels’ much-anticipated rules on green finance, known as the taxonomy. The commission is due to publish a legal bill next week that will decide whether nuclear power and natural gas can be awarded a “green” label in the classification system, designed to help investors stamp out so-called “greenwashing”.

A large majority of EU member states, including France, the Netherlands, Poland and Hungary, support the inclusion of nuclear power in the rules — arguing that it is a low-emission technology that is crucial to reduce greenhouse gas emissions. This has been resisted by environmental groups who says nuclear power produces toxic waste.

“It is no secret that there are different positions [on the taxonomy] . . . and it was not possible to have an agreement” said Michel.

The spats over energy and green policy will cast a shadow over the EU’s attempts to agree more than a dozen pieces of legislation designed to drastically cut CO2 emissions over the next three decades.

At the heart of the EU’s net zero plan is a an extension of the ETS to cover sectors such as cars and housing. The proposal is opposed by France, Spain, Portugal and eastern European countries who say it will impose a direct tax on consumers who cannot afford to switch vehicles or domestic goods to those with lower emissions. 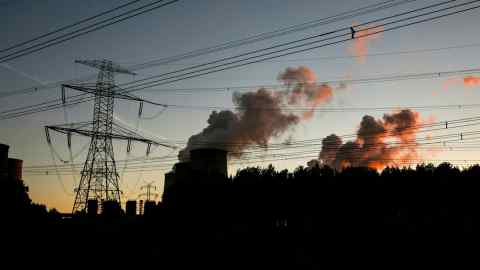 The dramatic increase in the price of the carbon allowances from €50 in late July to a high of €90.75 last week has led to forecasts that it could rise to at least €200 in coming years as supply dwindles.

Poland, which relies on coal power for about 70 per cent of its energy, has hit out at attempts to penalise coal use with rising CO2 prices. Prime minister Mateusz Morawiecki told leaders the ETS was taking “money from the poor to give to the rich”, said a diplomat familiar with the discussions.

An initial review of the carbon market from the European Securities and Markets Authority and the EU’s energy body ACER found no evidence of trading irregularities.

The commission has also insisted the system, which is the centrepiece of the EU’s emissions reduction strategy, benefits all member states by providing them with lucrative revenues from the sale of allowances.

Brussels estimates that the CO2 price has generated at least €11bn in windfall profits for EU governments this year compared with 2020. It also estimates that only 10-13 per cent of the current rises in energy costs can be attributed to the higher carbon price.

During the summit, one leader suggested the commission should place a ceiling on the carbon price to prevent excess volatility, said diplomats familiar with the discussions. Other countries mentioned increasing the supply of allowances to help dampen prices.

Germany’s Scholz defended the ETS but also expressed concern at the cost of allowances, said diplomats. Germany is among the biggest supporters of carbon markets, and has implemented a comprehensive system of CO2 trading.

20 Stores With Gift-Boxing and Gift-Wrapping Services in 2021