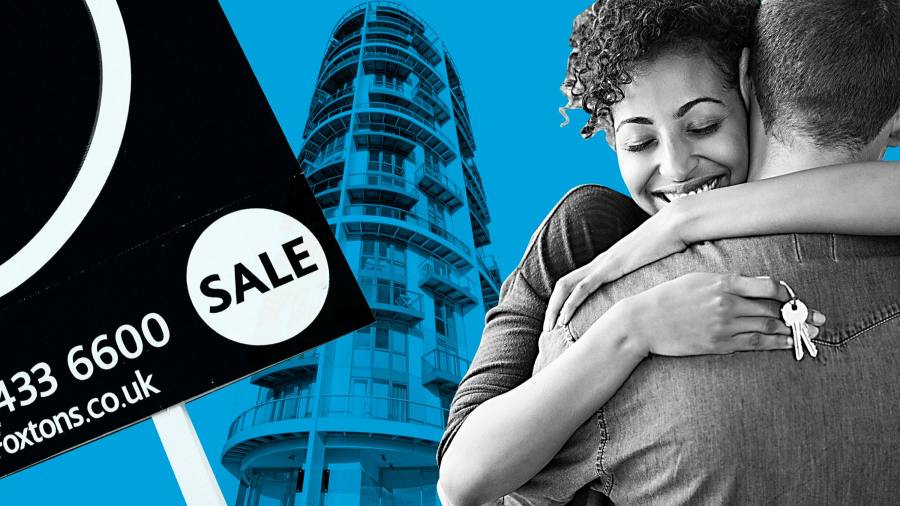 
The spike in inflation is causing all kinds of problems for our personal finances, from the cost of living crisis to frozen tax thresholds and worries over how our investments will perform. But one area where it can perversely make us feel richer? House prices.

Soaring demand for property during the pandemic means that annual house price inflation is 10.2 per cent, double the rate of consumer prices and the highest it has been since 2006. The latest Halifax data show the stamp duty holiday has powered the average UK house price above £270,000 for the first time.

All of this makes homeowners feel considerably richer — on paper at least. But it has the opposite effect on first-time buyers, who are finding it increasingly hard to get the numbers to stack up as property prices continue to outstrip wage growth.

The Bank of England is under pressure to tweak affordability limits on mortgages. Next year, it will consult on rules that cap most mortgages at 4.5 times the applicants’ income, and could scrap tests requiring borrowers to withstand a sudden rise in interest rates.

Relaxing these limits could help tens of thousands of people get on to the property ladder, or secure a bigger loan, and have prompted some lenders to consider offering mortgage terms of up to 50 years in the near future. 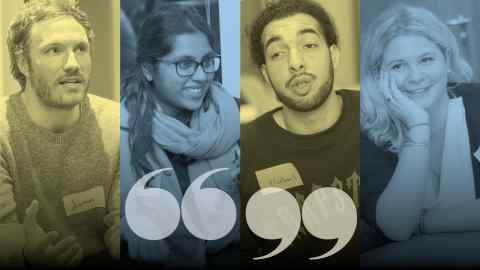 There’s one very obvious problem. All of these measures practically guarantee that property prices will soar even higher.

Politicians have long been keen to help the next generation buy into the property owning dream, but now government initiatives to help first-time buyers are running into some nasty inflation-related problems of their own.

I am referring to the Lifetime Isa, which was introduced in April 2017 to help the under-40s save for their first home, or invest for their retirement.

With a generous 25 per cent bonus, those able to save the maximum £4,000 a year get a free £1,000 top-up. Your funds can be kept in cash, or invested — and any interest or investment growth is tax free.

As a result, the Lifetime Isa (or Lisa for short) has been phenomenally popular. In the past tax year, the numbers subscribing more than doubled to 545,000 people.

One of them is FT Money reader Julia, who saved the maximum every year and has notched up a balance of £25,000 in her Lisa, boosted by £5,000 worth of government bonuses.

After looking at around 40 different flats in London this year, she put in an offer for one costing £450,000 — only to be gazumped by another buyer offering £5,000 more.

She was unable to bid any higher, as the Lifetime Isa rules stipulate that £450,000 is the maximum price of a property you can buy.

This cap hasn’t changed since the Lisa was introduced in 2017. Since then, the average UK house price has soared by 22 per cent. If the Lisa limit had increased accordingly, it would now be £549,000.

Yet it remains nearly £100,000 lower, blocking Julia and many other first-time buyers in London and the Southeast from using their savings to buy a property.

If that wasn’t bad enough, the sting in the tail is the penalty charge for withdrawing the cash before the age of 60 if you’re not using it to fund a property purchase.

This is charged at 25 per cent — which would cost Julia £6,250. This not only claws back the £5,000 worth of government bonuses she received, but £1,250 of her own savings on top. A substantial cash trap, this has always been a controversial feature of the Lifetime Isa.

As someone who has saved carefully for years, Julia is aghast that her quest to achieve the security of home ownership has been jeopardised by the inflexible rules of a scheme designed to help her.

I contacted the Treasury this week and asked if there were plans to review the £450,000 Lisa limit.

A spokesperson said Lisa savers had received an estimated £3.7bn worth of support since the scheme launched, adding: “The property price cap ensures that this significant investment of taxpayer funding is managed carefully and precisely targeted while still supporting the majority of first-time buyers across the UK.”

This is not the first time I have directly asked HMT this question.

When FT Money covered the launch of the Lifetime Isa nearly five years ago, I submitted a host of reader queries. The very first was: “Will the £450,000 limit rise in line with house price inflation?”

As saving for a property deposit is something that takes most buyers eight to 10 years, this was not an unreasonable worry. Back then, the official response was: “As with all policies, the government will keep the parameters of the policy under review.”

So why hasn’t it?

The UK’s rampant house price inflation has been caused in part by subsequent government policies such as the stamp duty holiday. I could foresee future accusations of mis-selling from savers like Julia who stand to be worse off than when they started.

This summer, a freedom of information request to HM Revenue & Customs revealed that £48m in penalties had been levied against Lisa holders for early withdrawals over the past three tax years.

During the pandemic, recognising that savers needed emergency access to their cash, the government temporarily reduced the penalty from 25 to 20 per cent, which simply wiped out the bonus element.

If the Treasury is opposed to releasing “trapped” buyers by adjusting the property price limit to take account of inflation, could it instead allow first-time buyers to withdraw their funds without penalty seeing as the product is no longer suitable?

Since the Lifetime Isa’s inception, there have been disparities between its maximum property price limit and the government’s Help to Buy scheme.

London is defined as all of the 32 boroughs, helping housebuilders to shift properties costing up to £600,000 in areas as far-flung as Croydon and Havering by lending buyers up to £240,000 of taxpayers’ money.

How can the government justify effectively subsidising property developers, who have paid out billions in special dividends and executive pay awards, while robbing readers like Julia of thousands of pounds of their savings? That’s something that raises my blood pressure.

Is FedEx A Buy Before Earnings?

The Bitcoin Lightning Network Is Creating Efficiency For Traders