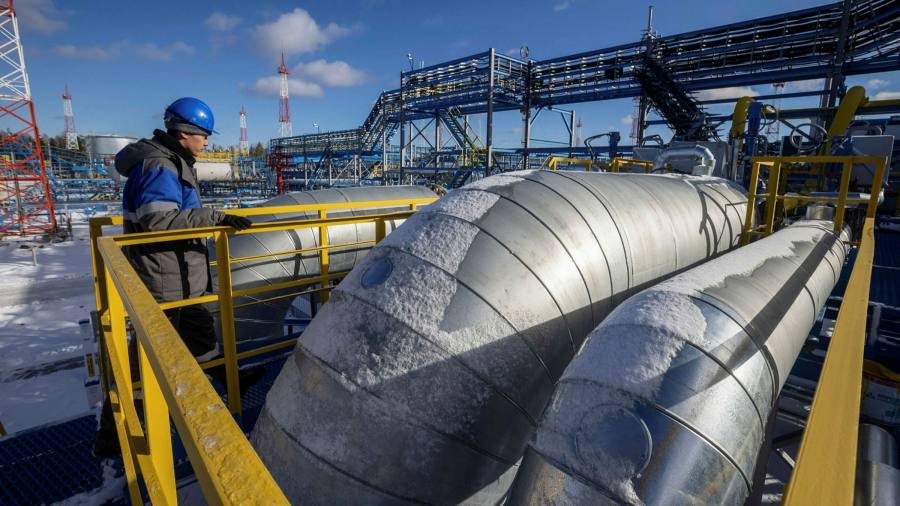 
European and UK gas prices hit another record high on Tuesday over concerns that a potential Russian invasion of Ukraine could disrupt already stretched energy supplies over the winter.

Derivatives linked to TTF, Europe’s wholesale gas price, soared as high as €131 per megawatt hour, up from a record high closing price of €116/MWh on Monday, raising energy bills for millions of households and industries across the continent. The UK equivalent rose to as much as £3.24 a therm, extending its gains over a previous high of £2.94 on October 5 and fuelling concerns about inflation.

European prices have now surged nearly 40 per cent since the start of the month, surpassing the record highs set in October when the rebounding global economy drove up demand and European calls for additional gas deliveries from Russia went unanswered.

Russian president Vladimir Putin’s initial promises to boost supply eased prices last month, but European storage facilities are yet to be replenished and spells of cold weather have led to further drawdowns.

An estimated 100,000 Russian troops have been positioned on Ukraine’s border despite calls from world leaders for Moscow to de-escalate and pursue a diplomatic solution. US officials have warned that Russia could be planning to invade Ukraine as soon as early next year, in a move that would further delay the controversial Nord Stream 2 gas pipeline as well as risk disrupting other supplies.

On Monday, German foreign minister Annalena Baerbock said the Nord Stream 2 pipeline could not be permitted in its current form because it did not comply with EU law.

Continental Europe gets more than a third of its total gas supplies from Russian state-backed Gazprom at present via several pipelines: one through Belarus and Poland, another through Ukraine and the existing Nord Stream 1 pipeline.

Tom Marzec-Manser at consultancy ICIS said north-west Europe would probably end the winter with lower gas storage levels than in 2018 in the wake of the cold snap known as the “Beast from the East”.

“It is still a market operating as it should. At these prices . . . the market is trying to reduce demand and draw in additional demand supply,” he said.

European gas prices have started to trade to above the price of liquefied natural gas in East Asia, making it the premium market for spot market cargoes, Marzec-Manser added.

Still, it is possible that rising cases of the Omicron coronavirus variant could force governments to impose more restrictions, hitting economic growth and reducing energy demand.

The International Energy Agency said on Tuesday it expected a surge in new Covid-19 cases to slow the recovery in oil consumption, with air travel and jet fuel the hardest hit. It now estimates global demand will rise by 3.3m barrels per day in 2022, down 100,000 bpd from an earlier estimate.

“The surge in new Covid-19 cases is expected to temporarily slow, but not upend, the recovery in oil demand that is under way,” the IEA said in its latest monthly report, which was released on Tuesday.

But analysts have said there was no obvious reprieve for Europe’s gas market outside of a mild winter. Across Europe, gas storage facilities are now just 62.8 per cent full, more than 10 per cent below seasonal norms. If the drawdowns continue at current rates, storage levels will reach critically low levels by March or April next year.

Savana raises a fresh round of capital to digitize banks’…