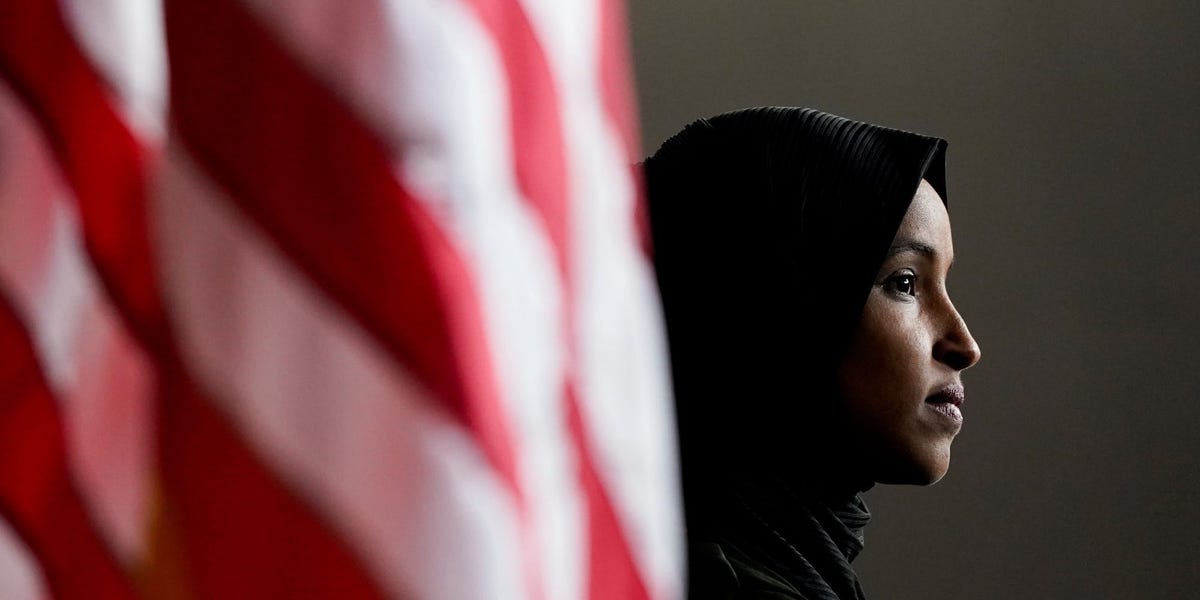 
The House of Representatives on Tuesday passed a bill sponsored by Democratic Rep. Ilhan Omar of Minnesota to create a special envoy at the State Department to monitor and combat Islamophobia.

The “Combating International Islamophobia Act” addresses anti-Muslim violence worldwide and was introduced by Omar and fellow Democratic Rep. Jan Schakowsky of Illinois over two months ago.

Every House Democrat voted on Tuesday for the bill, while 212 Republicans voted against it.

“There are cynics who would rather see us divided on racial, ethnic, gender and religious lines because it suits their political agenda,” said Omar on the House floor as she spoke in support of the bill. “But I believe as Americans, we should stand united against all forms of bigotry. In fact, this legislation is modeled on the special envoy to combat anti-Semitism.”

The White House announced its support for the bill earlier on Tuesday, highlighting language in the bill that “calls attention to instances of forced labor, reeducation, or the presence of concentration camps, such as those targeting Uyghur and other minorities” in Xinjiang, China.

Hanging over the vote was the specter of Republican Rep. Lauren Boebert’s Islamophobic comments against the bill’s sponsor, in which the far-right Colorado congresswoman insinuated that Omar was a suicide bomber.

Ahead of Tuesday’s vote, House Democratic Caucus Chair Rep. Hakeem Jeffries of New York called the bill “an important step to deal with the dynamics that are in front of us” — even as party leadership remains undecided about how to respond to Boebert’s comments.

“I don’t think, as far as I can tell, anything specific beyond the Islamophobia resolution has been ruled in or ruled out,” Jeffries said during a news conference. “That’s still a discussion to be had as we move forward, but this is a decisive, important action to be taken today.”

Rep. Ayanna Pressley of Massachusetts — a fellow “Squad” member — introduced a resolution last week to strip Boebert of her committees, issuing an implicit warning to Democratic leadership that she and other progressives expect swift action.

“Inaction is to be complicit in Islamophobia,” Pressley said as she introduced the resolution. But asked by Insider ahead on Tuesday about the lack of action so far on punishing Boebert directly, Omar sounded a conciliatory note.

“I don’t think there’s a lack of action,” Omar told Insider. “Action will happen, but we’re just trying to figure out how to strategically do this.”

The bill’s passage on Tuesday comes amid widespread condemnation of Boebert’s recent Islamophobic remarks, according to a video that surfaced on Thanksgiving.

In it, Boebert tells an audience an uncorroborated tale about riding an elevator in Congress with Omar earlier this year.

Boebert said she stepped onto an elevator with Omar on her way back to her office after a vote, prompting a Capitol Police officer to run towards the elevator with “fret all over his face.” Boebert described being confused about the encounter before noticing Omar standing in the elevator with her.

“Well, she doesn’t have a backpack. We should be fine,” Boebert said she told the officer.

Boebert said she then turned to Omar and added: “Oh look, the Jihad Squad decided to show up for work today.” “Jihad Squad” is a derisive and racist term for the Squad, a group of six progressive members of Congress who are all people of color.

Democrats have repeatedly — but so far unsuccessfully — called on Republican leadership to discipline Boebert. Both House Minority Leader Kevin McCarthy and Minority Whip Steve Scalise have declined to forcefully condemn Boebert’s Islamophobic rhetoric or take any meaningful action against her, instead praising the congresswoman for a phone call she made to Omar after the video surfaced, which ended in Boebert calling her “anti-American.”

McCarthy spoke with House Majority Leader Steny Hoyer to facilitate the call in the wake of Boebert’s comments, but stopped short of denouncing them. The phone call appeared unproductive: Omar accused Boebert of refusing to “publicly acknowledge her hurtful and dangerous comments,” while Boebert said Omar should make a public apology to the American people for her anti-American, anti-Semitic, anti-police rhetoric.”

Amid mounting criticism, Boebert offered an apology on Twitter to “anyone in the Muslim community I offended with my comment.”

Omar afterward held a press conference with the only two other Muslim members of Congress — Democratic Reps. Rashida Tlaib of Michigan and Andre Carson of Indiana — where she played a voicemail of a graphic, Islamophobic death threat she received after Boebert’s remarks.

And last Thursday, as Omar’s bill was being marked up in the House Foreign Relations Committee, Republicans mocked the bill and downplayed the threat of Islamophobia, with one GOP member filing an amendment pushing the baseless claim that Omar had married her brother.

Biden policies could lead to ‘disaster’