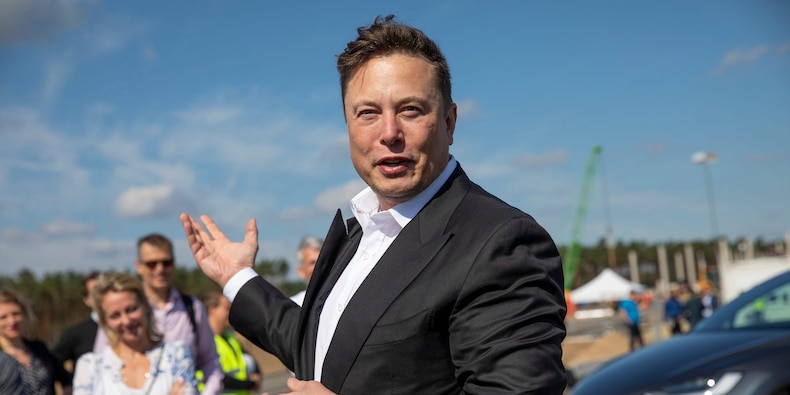 
Elon Musk has said Tesla will let people purchase some of its merchandise with the meme cryptocurrency dogecoin.

“Tesla will make some merch buyable with Doge & see how it goes,” Musk tweeted Tuesday.

Dogecoin’s price was down before Musk’s announcement but then skyrocketed as much as 30%. It was last up 26% at $0.2092, according to crypto data website Coinmarketcap.

The Tesla CEO has been a long-running supporter of dogecoin, a Japanese Shiba Inu dog-themed cryptocurrency that was started as a joke in 2013.

In May, he asked his Twitter followers whether Tesla should start accepting dogecoin, to which the overwhelming response was “yes.”

Earlier the same month, Musk said he thought dogecoin could ironically become the future of cryptocurrencies.

Tesla wouldn’t be the first company to accept the meme token in payment. The Dallas Mavericks — the basketball team owned by crypto fan Mark Cuban — began selling tickets and merchandise in exchange for it earlier this year.

Musk and Tesla have been key drivers of the cryptocurrency boom in 2021. The electric-car maker bought $1.5 billion bitcoin in January, and then in March, announced it would start accepting the cryptocurrency in payment for cars.

However, Musk rowed back on that idea in May, criticizing bitcoin’s “insane” energy use. Bitcoin and other cryptocurrencies, including dogecoin, are secured and “mined” using lots of computing power.

Musk began to talk more about dogecoin as he backed away from bitcoin in May, saying he was working with developers to improve its efficiency.

Read more: These 3 proof-of-stake altcoins can surge in the long-term – although shiba inu fever will soon die down, according to a top exec at a platform that hosts almost $3 billion worth of blockchain nodes

It’s been a busy week for Musk, who just sold another $900 million of Tesla stock, taking his total sales since early November to just under $13 billion.

The world’s wealthiest man, he was chosen Monday by Time Magazine as its Person of the Year. The publication called Musk “clown, genius, edgelord, visionary, industrialist, showman, [and] cad.”

Dogecoin’s Tuesday jump was out of keeping with the rest of the crypto sector, which was a sea of red. Digital assets are seen by most investors as highly speculative, and have suffered as the Federal Reserve has talked up the chances of tighter monetary policy.

Tesla did not immediately respond to Insider’s request for further comment.