Despite Domestic Strength, Airline Stocks Will Remain A Risky Bet In 2022


Airline stocks are finishing 2021 mired in uncertainty. The emergence of the Omicron variant has clouded their growth outlook yet again. And that after it was just beginning to improve following one of the steepest travel declines in recent history. 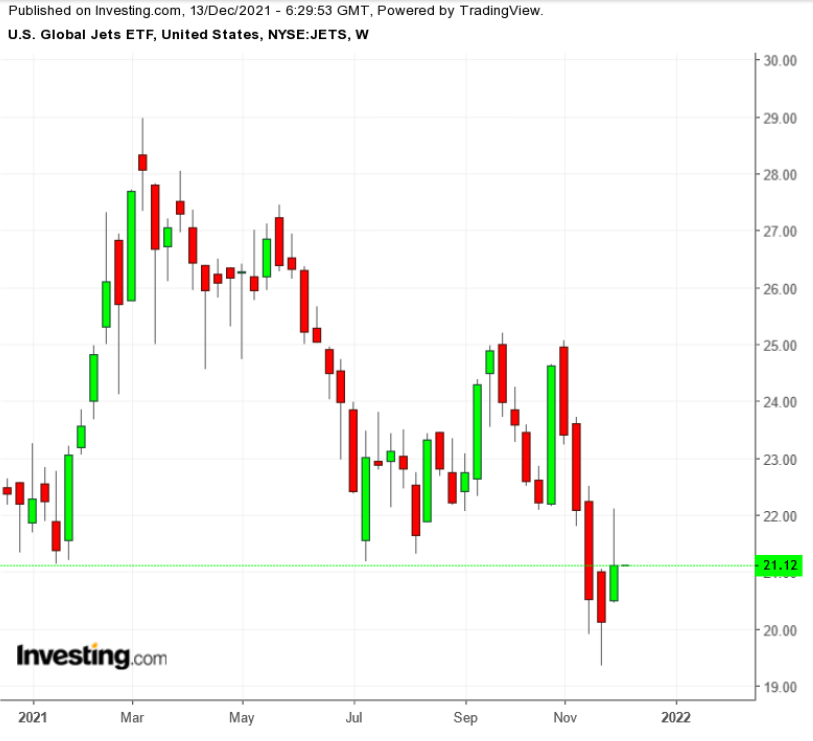 The US Global Jets ETF (NYSE:) is down more than 12% during the past one month. The sector decline has put some of the largest airline stocks back into negative territory for the year. With health authorities still trying to figure out the exact danger entailed by the new variant, investors have moved to the sidelines. 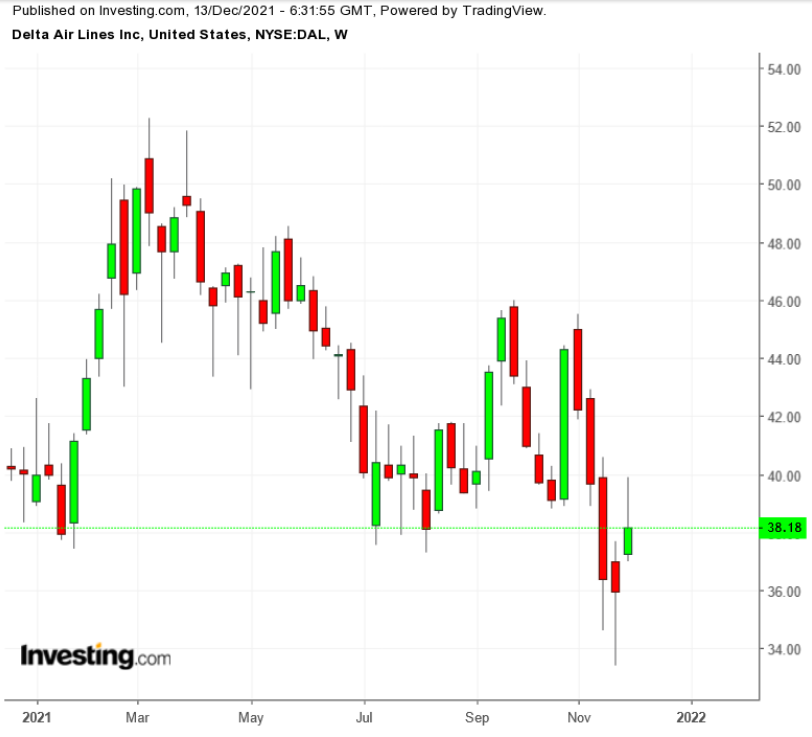 Shares of Delta Air Lines (NYSE:), the most valuable US carrier, have slipped 27% from their 52-week high.

Along with the pandemic-related hit, there are additional pressures likely to continue hurting airlines next year. The biggest among them is higher fuel costs which threaten airline earnings in the current quarter and beyond.

Delta Air warned in late October that it will likely in the current quarter, mainly because of higher jet-fuel costs, which it forecast rising as high as an average of $2.40 a gallon, up from $1.94 in the third quarter.

Fuel and labor are the largest expenses for carriers, and persistently higher prices could help derail efforts by most US airlines to resume recording profits while trying to recover from the collapse in travel during the coronavirus pandemic.

Goldman Sachs last week downgraded Southwest Airlines (NYSE:) to a sell from neutral and cut its 12-month price target to $36 from $59, even after noting considerable cost efficiencies. Its note to clients said:

“This inflation will drive a slower-than-industry return to profitability as we expect revenue benefits from these initiatives will be offset by a weaker domestic pricing environment.

Southwest told investors in October that it expects to be profitable and all of next year, on its way toward generating as much as $1.5 billion in earnings and paying dividends in 2023. 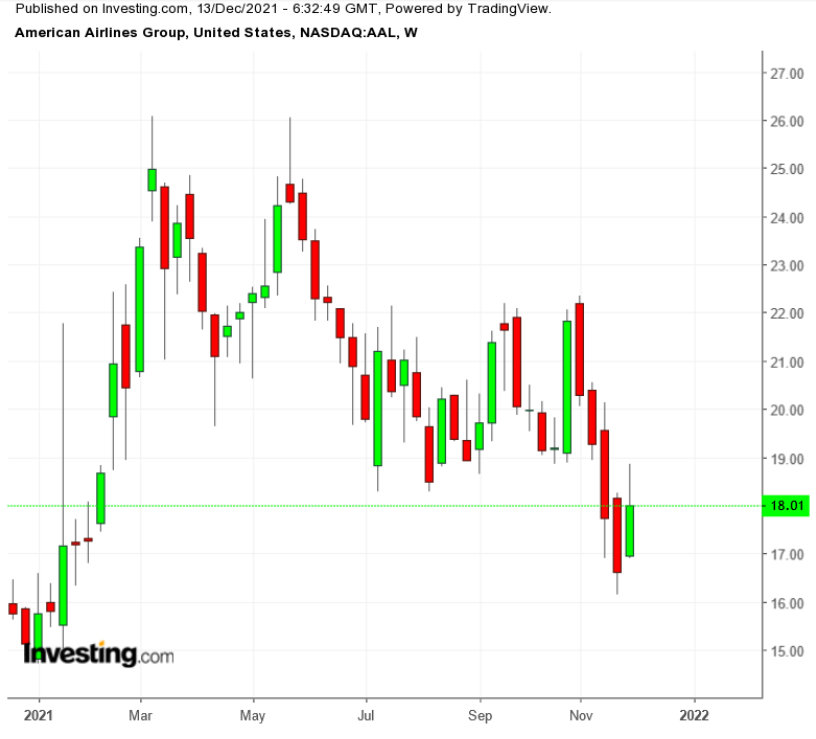 American Airlines Group (NASDAQ:), which is the most financially of the US operators, also joined Southwest to warn about higher costs this quarter. It expects to pay as much as $2.48 a gallon for fuel, up from an average $2.07 in the third quarter.

Despite the pandemic uncertainty and cost pressures, the trend in air traffic in this Omicron environment shows that travelers are much more willing to take flights currently than they were last year.

According to the Transportation Safety Administration data, recent airport traffic is at about 85% of the pre-COVID peaks seen in late 2019—not as good as the nearly 90% posted over the Thanksgiving weekend, but better than some investors had feared.

These encouraging air traffic trends, however, don’t hide the fact that airlines have been a bad investment for investors for many years. The JETS ETF is down 27% during the past five years, a period during which the more than doubled.

And even if domestic traffic rebounds next year, there is little chance the business segment—which is the most profitable for airlines—will return to pre-COVID levels quickly. The next stage of growth for airlines, which will depend on the resumption of international and business travel, is still facing a variety of uncertainties as new COVID variants emerge and all types of companies look to cut costs.

Airline stocks aren’t a compelling investment case. These carriers face a variety of challenges, including higher fuel costs, labor shortages, and the potential emergence of new coronavirus variants. Amid these headwinds, it’s unlikely that airline stocks will be able to outperform the market in 2022.