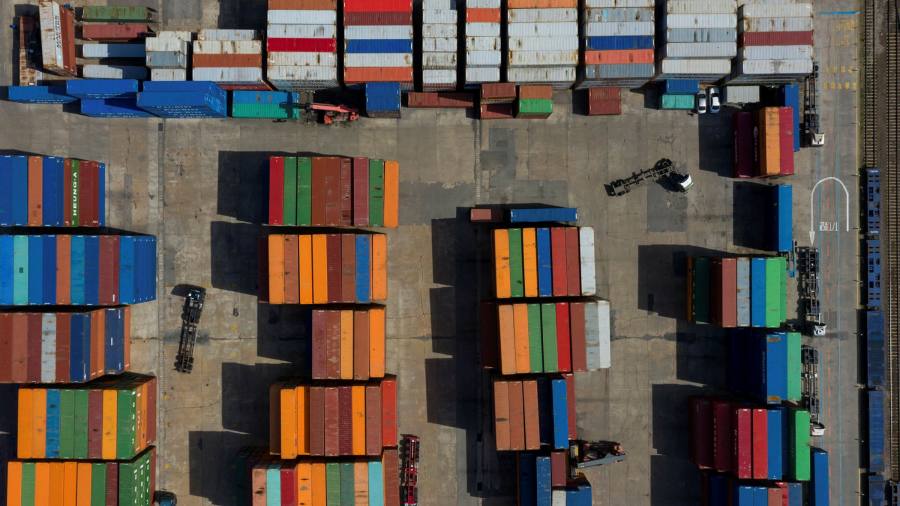 
South Korea will apply to join the Comprehensive and Progressive Agreement for Trans-Pacific Partnership, after China’s application to the regional trade pact assuaged Seoul’s fears of upsetting its biggest trade partner.

Kwon Chil-seung, South Korea’s minister for small and medium enterprises, told the Financial Times in an interview that concerns within the government about joining the CPTPP had been resolved.

“The SME ministry and agriculture ministry had been relatively cautious, but a decision has been made internally at a collective government meeting to join the CPTPP,” he said. “The process could be delayed, but the overall direction has been set.”

A South Korean trade ministry official said a decision on when to submit the application had not been made.

The CPTPP was signed in 2018 as a successor to the Trans-Pacific Partnership, a trade agreement negotiated by former US president Barack Obama and designed to limit Beijing’s growing economic and political influence in the region.

Donald Trump withdrew the US from the pact in 2017 when he was president. The TPP evolved into the CPTPP, which was signed the following year but does not include the US.

South Korea had been hesitant about joining either pact, in part because of concerns about damaging relations with Beijing.

Ministers have also been reluctant to provoke important domestic constituencies ahead of a presidential election in March. South Koreans working in the agriculture, fisheries and SME sectors have expressed opposition to joining the pact because of fears of intensified foreign competition.

But China itself applied to join the CPTPP in September, a day after the US, UK and Australia announced a new military partnership designed to counter Beijing’s military assertiveness in the region. Taiwan applied to join less than a week later.

“The process seems to be held up because of the government’s reluctance to take risks with further market opening, and with the presidential election just three months away,” said Cheong Inkyo, a trade expert at Inha University.

“But its sense of urgency has increased now that China and some other countries submitted applications.”

A senior diplomat from a country party to the CPTPP added: “The Chinese and Taiwanese applications changed the dynamic.”

According to a 2019 policy brief published by the Peterson Institute for International Economics, a Washington-based think-tank, South Korea would gain $86bn annually from membership.

A potential obstacle for South Korea is its difficult relations with Japan.

The countries are embroiled in a dispute at the World Trade Organization over export controls that Tokyo imposed on South Korean semiconductor components in 2019 amid a fight over Japan’s wartime occupation of Korea.

“There are likely to be mixed feelings in Japan about any South Korean application to join the CPTPP,” a Japanese official told the Financial Times.

South Korea’s decision to join the agreement follows a broader shift towards multilateral trade agreements, which the country has traditionally chosen not to join. Seoul is in the process of ratifying the Regional Comprehensive Economic Partnership, a separate regional agreement led by China that includes 15 Asian countries.

1 Stock To Buy, 1 To Dump When Markets Open: Fortinet, Robinhood