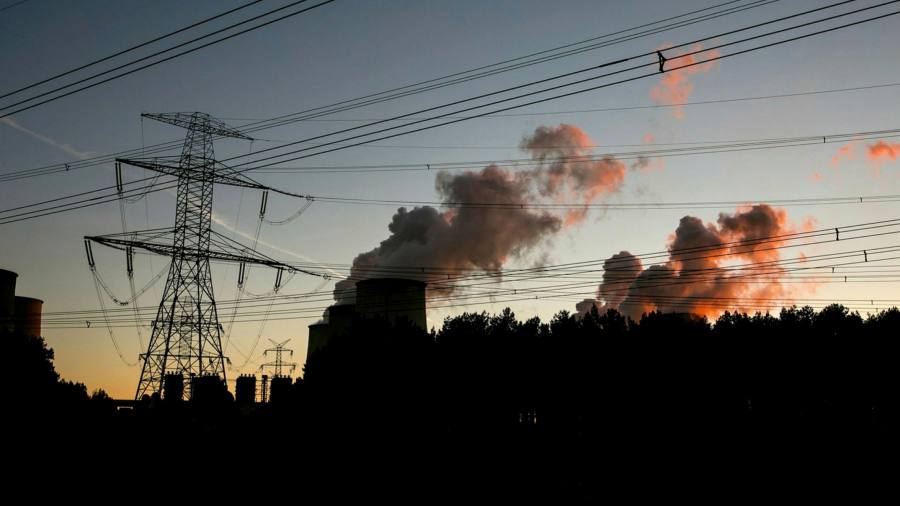 
The price of EU carbon allowances hit a record high of more than €90 last week, with escalating prices transforming the economics of clean fuels such as green hydrogen and decarbonisation technology.

Credits in the EU’s emissions trading system have rallied sharply, nearly doubling from €50 in late July to €90.75 before easing. On Wednesday they recorded the biggest one-day price move on record in absolute terms.

Companies that are heavy polluters and regulated under the system must buy allowances, which give them permission to emit a tonne of carbon, with the number available reducing over time.

Bjarne Schieldrop, chief commodities analyst at Nordic bank SEB, said triple-digit pricing was “definitely within reach” for EU carbon credits and the price of allowances could rise to “at least” €200 in the coming years.

Analysts said higher carbon prices were improving the investment case for emerging technologies such as carbon capture and storage (CCS) and “green” hydrogen, which is made using renewable energy such as solar and wind.

“There are CCS opportunities available to the market at less than €75 a tonne — those are already in the money,” said Ariel Perez, a partner at commodities trading group Hartree Partners.

“I think that you need prices sustained at these levels for a period of at least two to three years in order to see real investment,” he added.

Florian Rothenberg, a power and carbon analyst at commodities consultancy ICIS, said there were “a lot of abatement options” — technological or operational ways to reduce emissions — that were viable at less than €90 a tonne.

CCS and hydrogen technologies were likely to be viable at less than €80 and €120 respectively, he said.

Rallies in the prices of EU allowances as well as credits sold under the UK’s parallel system have been driven partly by gas prices, which have risen sharply again in recent weeks. The gas supply crunch has provided an incentive to energy producers to switch to cheaper but more polluting coal, increasing demand for allowances.

Coal-fired power generation in France, Germany, Spain and the UK hit almost 8 terawatt hours in November, the highest level since November 2019, according to Argus Media, a company that tracks commodity prices. Those figures do not include 9.6 terawatt hours of power Germany generated from burning lignite, a low quality coal produced domestically.

The EU and UK rallies have also been driven by trading ahead of Christmas, which will see a longer than normal break between allowance auctions, according to analysts.

“That is one enormously bullish factor”, said Per Lekander, who manages the Clean Energy Transition fund. “If we have a cold period plus a lot of demand . . . I would not be surprised if we see triple-digit prices.”

Meanwhile, Germany is due to shut down 4GW of nuclear-fired power capacity this year, which is likely to increase the use of fossil fuels and demand for EU credits, said Mark Lewis, head of climate research at Andurand Capital.

“That has to be replaced . . . in the best case with renewables but more likely fossil fuels and coal rather than gas given the fuel-switching spread at the moment,” he said.

With analysts expecting prices to continue rising in light of the net zero greenhouse gas emissions pledges announced by governments and companies worldwide to limit global warming, institutional investors have also taken an increased interest in the market.

Carbon consultancy Redshaw Advisors pointed out last week that “call options” at between €80 and €100 — which give traders the right to buy at a fixed price — had been a “key driver” of the EU carbon price rally.

Intercontinental Exchange, which hosts the EU ETS, said it had “record open interest levels” in allowance options as of on Wednesday.

“There has been a trading effect,” said Lekander. “As the price goes up, banks have to buy [credits] to cover their exposure.”

While rising carbon prices are making green hydrogen and CCS technology more investable, for the moment they are doing little to reduce demand for fossil fuels.

Even when the record carbon prices are taken into account, it is presently more profitable for a utility to burn coal, the most polluting fossil fuel, rather than gas at levels of wholesale natural gas in Europe of more than €10 a megawatt hour.

“Based on the forward curves for gas and coal in 2023 you would need a carbon price of €105 a tonne for gas to be more competitive than coal,” said Andurand’s Lewis.

“The fundamental story on fuel-switching is that the market is telling you to burn as much coal as possible not only today but for the next 24 months. Obviously, that means more demand for carbon.”