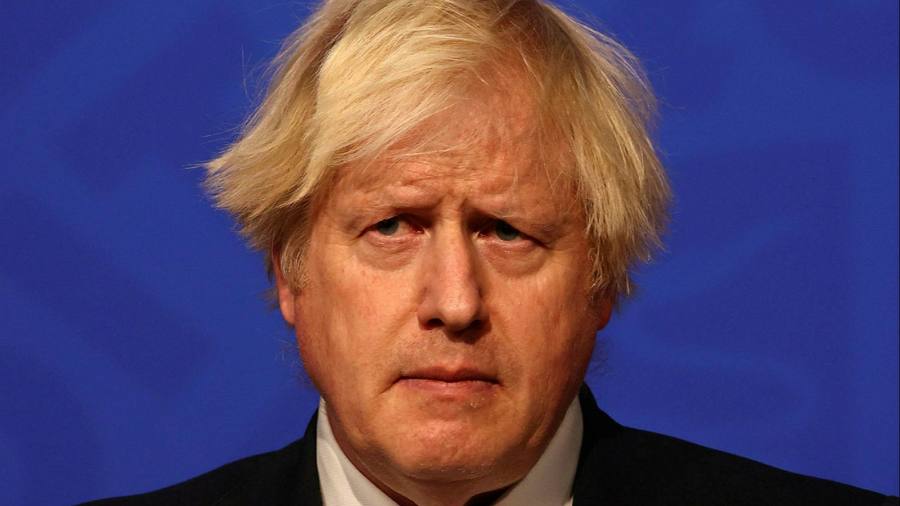 Boris Johnson will face a Conservative rebellion over coronavirus restrictions next week, as a “sulphurous” mood sweeps through Tory ranks over the UK prime minister’s leadership.

Johnson is braced for a torrid seven days, with party unrest playing out ahead of a problematic parliamentary by-election in North Shropshire, where the Liberal Democrats hope to overturn a 23,000 Tory majority.

The prime minister has infuriated Conservative MPs with his handling of a row over Christmas parties in Downing Street last year when London was under stringent pandemic restrictions.

ITV News reported yesterday that Jack Doyle, Johnson’s communications director, was present at an event attending by Downing Street staff on December 18. In total, three government parties are being investigated by the UK’s top civil servant.

Some Tory MPs were furious at Johnson’s move on Wednesday to rush in stricter Covid-19 restrictions for England.

Business lobby groups have called for extra financial help to cover losses expected to result from the measures. But the government has ruled out more support for companies that face losing crucial sales over Christmas.

Should the government provide extra state support to cover losses expected to result from England’s new Covid-19 measures? Share your thoughts at firstft@ft.com. Thanks for reading FirstFT Europe/Africa. Here’s the rest of today’s news — Jennifer

2. Emmanuel Macron calls for EU to strengthen borders France’s president urged the EU to stand up for itself as an economic power by securing its external borders and controlling clandestine migration, deepening defence co-operation and investing in high-tech industries.

3. Sackler name to be removed from Met galleries The Sackler family name that has graced galleries at New York’s Metropolitan Museum of Art for nearly 50 years will be removed as the institution tries to distance itself from a family accused of fuelling the opioid crisis.

5. US to blacklist China’s SenseTime over Xinjiang The US will put the artificial intelligence company on an investment blacklist today, as it prices its Hong Kong initial public offering. Washington has accused SenseTime of enabling human rights abuses against Muslim Uyghurs.

The headline of yesterday’s edition of FirstFT Europe/Africa wrongly stated that the UK was to return to working from home and mask mandates. The new measures applied to England.

Inflation data Germany, India and the US will report monthly consumer price index figures. US inflation is expected to have increased 0.7 per cent, down from a 0.9 per cent rise in October, according to economists polled by Refinitiv.

UK monthly GDP Economists polled by Reuters expect gross domestic product to have grown 0.5 per cent between September and October — before global markets were shaken by news of the Omicron coronavirus variant in late November.

Nobel Peace Prize ceremony The Nobel Peace Prizes will be awarded in Oslo to journalists Maria Ressa and Dmitry Muratov. Laureates for other awards have already received their prizes in scaled down ceremonies this week due to the pandemic. (NPR)

Ark’s Cathie Wood faces her toughest test No one comes close to embodying the US stock market boom quite like Wood. But concentrated bets on disruptive companies have left the ETF company vulnerable as sentiment shifts against hot but often unprofitable technology stocks.

America is still a dangerous nation It is easy to presume “non-interventionism” has become the settled view. But that can switch rapidly. Think of what happened after 9/11. Now imagine hordes of Ukrainians fleeing as Russian tanks churn up their towns, writes Edward Luce.

UAE’s expats wooed with new working week From January, the United Arab Emirates will adopt a western-style Saturday-to-Sunday weekend to align with global markets. Will the move help modernise its economy and make it more attractive to foreigners?

The life-saving magic of board games What has kept you going during the pandemic? For Tim Harford, it has been a game of “let’s pretend” with a conclave of imaginary wizards. “Nerdy? Weird? I don’t care,” he writes.

Must Britain choose between science and the arts? Higher education funding for arts and design was cut this year in favour of science and mathematics, frustrating Sir Jony Ive, chancellor of London’s Royal College of Art and former Apple design guru. Here’s how creative minds are finding ways to bypass the binary.

Our colleagues on the How To Spend It magazine have selected six ways to optimise your health this winter.