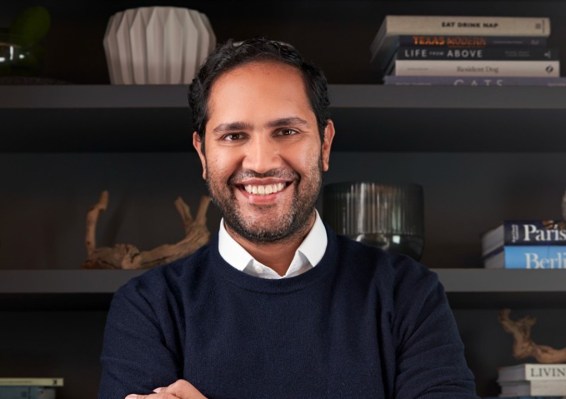 Better.com CEO Vishal Garg steps back as employees detail how he ‘led by fear’ – TechCrunch


Looks like Better.com CEO Vishal Garg’s behavior is catching up to him.

This morning, employees were notified via email by the Better board of directors that Garg would be taking time off effective immediately after the “very regrettable events over the last week.”

The move came, according to an employee who wished not to be named, after the digital mortgage company hired a crisis firm earlier this week. For those of us following the drama over the past week — over the past year, really — it was not a surprise.

More details around the executive’s behavior have emerged, including in emails that surfaced this week in which Garg berated his own investors, Vice reported. He already had a reputation for using abusive language in emails to employees, but the treatment toward his investors was yet another shock.

In the email to employees sent this morning, the board said that during the interim period, CFO Kevin Ryan would be assuming the responsibilities of CEO. It also acknowledged that it had engaged “an independent 3rd party firm to do a leadership and cultural assessment,” the results of which would be “taken into account to build a long-term sustainable and positive culture at Better.”

But the decision may be too little, too late. TechCrunch has spoken with multiple current and former employees who remain skeptical that a toxic culture can be reversed that quickly. Those same employees shared that the CEO’s so-called “apology” — which came after the resignations of the company’s heads of PR, marketing and communications — was widely viewed as insincere damage control.

One employee said she had been thinking of resigning even before the recent events, but they finally pushed her over the edge.

Garg “leads by fear,” she said, preferring not to be named. “Nothing is ever good enough. He would threaten employees to work harder, faster and not be lazy, but there was never clarity on what the consequences might be.”

The pressure seemingly intensified over the past few months as the company took a hit when the number of refinancings declined.

“It wasn’t a shock that the market had turned on us,” the employee said. “But the model’s predictions were that it wouldn’t happen this quickly. There just seemed to be more underlying anxiety after the SoftBank investment over the summer and with the SPAC approaching. But they could have been more transparent and just admit they overhired people last year.”

The company laid off 9% of its staff last week, one day after receiving a $750 million cash infusion as part of an amended SPAC agreement. While it was not the first (or likely the last) company to lay off workers via Zoom in this pandemic era, the way it was handled seemed to offend even casual observers.

Another sign of panic was that the company, after declaring itself remote-first, was suddenly asking people to return in-person. This was confusing to many, including those who had already moved and bought houses in other cities.

In mid-November, HousingWire reported on preliminary results published by Better’s SPAC partner, Aurora Acquisition Corp., revealing that the digital lender expected a net loss between $85 million and $100 million in the third quarter. And the forecast looked even worse for the fourth quarter, according to an S-4 filing with the U.S. Securities and Exchange Commission.

According to HousingWire: “The filing noted that the fluctuations in interest rates – which affect refis more than purchase business – and a recent reorganization of Better’s sales and operations teams has put pressure on the company’s net income and will continue to do so for the foreseeable next quarter, as the company attempts to find footing in a purchase market.”

This is after a year in which Garg received a $25 million cash bonus: “In 2020, after previously requesting an equity-based award, our CEO was paid a one-time discretionary bonus of $25.0 million as determined by the Board based on his 2020 performance,” the S4 filing said.

Meanwhile, one former employee said her colleagues that stayed on were being asked to take pay cuts and not receiving bonuses. She added that during the pandemic, despite being remote, customer-facing employees were forced to clock in breaks at exactly 15 minutes and 30 minutes.

“If we went over by even one minute, we’d be talked down to by managers,” she told TechCrunch. “Some team members even had talkings-to by senior managers on this matter.”

The same employee also scoffed at the notion that Better lived up to its image of being a fintech where opportunities to grow were plentiful.

“Better advertised itself as a powerful fintech startup where all who wanted to grow within the ecosystem, could. This was untrue,” she said. “There were virtually no opportunities for growth, raise, department collaboration, etc. Managers were sales machines and regardless of career paths, there was no room to succeed. … At Better, we were essentially taught to push customers/callers for rate locks, regardless of their intention.”

Better did not immediately respond to an emailed request for comment.

Holiday Sales Reports Are Top Of Mind For Investors