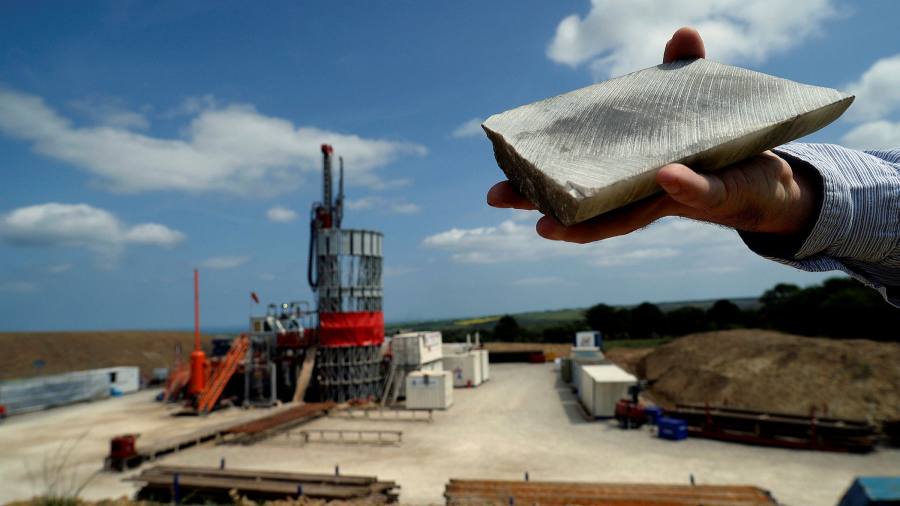 
Anglo American has flagged major changes to the multibillion-pound UK fertiliser mine it bought last year and replaced the former investment banker who originally planned the project.

In a statement ahead of its annual investor day, the FTSE 100 miner said it had almost finished a review of the Woodsmith mine, near Whitby, and found that a “number of elements of the project’s original design would benefit from modification”. Its new development plan will not be completed until the end of next year.

It also announced on Friday that it was replacing Chris Fraser, the head of its fledgling Crop Nutrients division and the former boss of Sirius, with Tom McCulley, the executive leading the development of its Quellaveco copper mine Peru.

Anglo said particular attention was being paid to the two main mine shafts and the development of underground areas to accommodate increased production capacity, and that the changes would result in a “different construction and production ramp-up schedule”.

“We expect to have completed our design engineering, capital budget and schedule at the end of 2022,” said Anglo’s outgoing chief executive Mark Cutifani. “We will then submit the full project to the board.”

The man behind the Sirius deal, Duncan Wanblad, will take over from Cutifani after Anglo’s AGM in April.

At the time of the acquisition, Sirius estimated it would cost about $3.3bn to complete the mine and that production would begin in 2024. It was targeting 10m tonnes a year of output in its first phase.

The ambitious project involves sinking two 1.5km-deep mine shafts to tap a huge deposit of polyhalite, a nutrient-rich mineral that can be used as fertiliser, underneath the North York Moors National Park, and building a 37km tunnel to take the material to a port on Teesside.

Sirius put itself up for sale in 2019 after it failed to raise the money needed to complete the mine, which has promised to create hundreds of jobs in an economically depressed part of the UK.

The project was the brainchild of Fraser, a former Citigroup investment banker, who moved to Anglo after the takeover.

Since the deal, Anglo has been reviewing the project and in February said the work was almost finished and it would finalise the budget and schedule by the middle of the year.

However, at its half-year results in July, the company said full engineering work would not be completed until the end of 2021. Investors will now have to wait until the end of 2022 for the final scope, budget and schedule. The new development plan will require the installation of additional ventilation and include a new mining method, Anglo said.

“This has the air of a capex overrun,” said analysts at Berenberg.

RBC Capital Markets analysts Tyler Broda said: “A larger Woodsmith reaffirms our view that Anglo is confident on the end market for polyhalite, however this will place an asterisk over potential capex levels in the 2023-26 timeframe. Kicked to touch once again, we won’t know full details until the end of 2022.”

In Friday’s update, Anglo confirmed production guidance for 2021 and forecast capital expenditure of $6.2bn to $6.7bn for next, including the $700m it expects to invest at Woodsmith.

Demand for potash, a crop nutrient, is expected to rise over the next decade. Polyhalite combines four of the six macronutrients essential to plant growth: calcium, magnesium, potassium and sulphur.

One of its attractions is that it offers a cheaper alternative to speciality products such as sulphate of potash. It also has a low chloride content, which is better for plants and the environment.