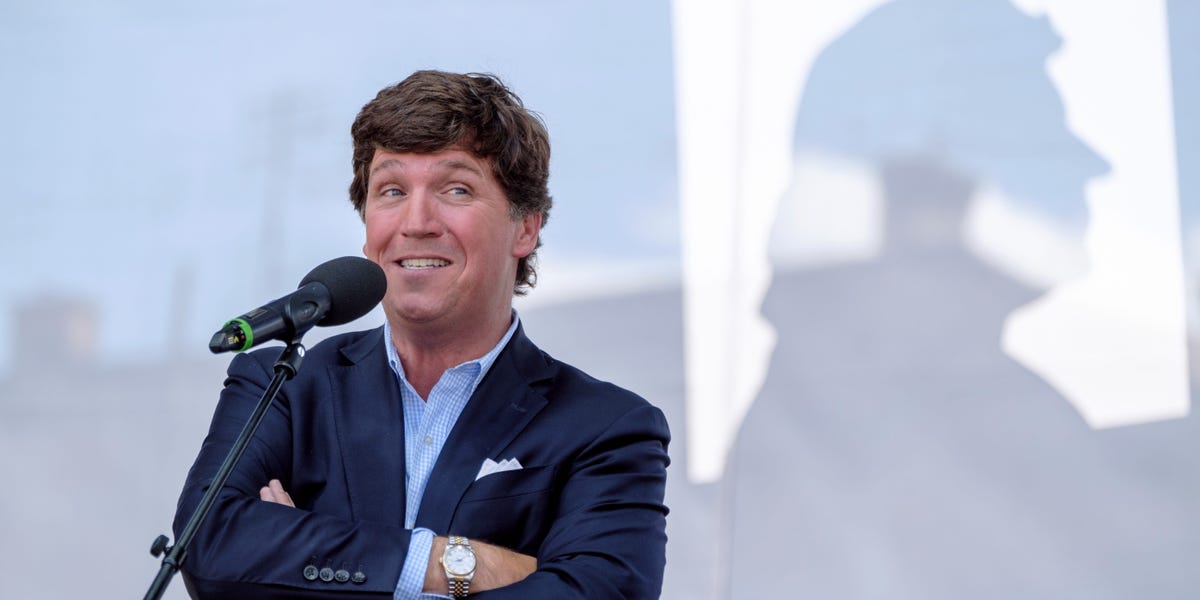 “The virus itself, this is true, does tend to take away the life force in some people. It does feminize people, no one ever says that, but it’s true,” said Carlson in an interview with far-right UK politician Nigel Farage on his show ‘Tucker Carlson Today.’

“Somebody who knows him told me… that getting COVID emasculated him, it changed him, it feminized him, it weakened him as a man,” said Carlson. Johnson tested positive for the coronavirus last March and spent several days in intensive care.

Farage, the leader of the Brexit movement, didn’t respond directly to Carlson’s claims. “Well, I think he was very seriously ill, and I think one of the things we have learned from COVID is people who are 50, 60, 70, 80 pounds overweight tend to fare very badly,” he said.

Carlson then made his claim about how the coronavirus “does feminize people,” which Farage responded to by suggesting that Johnson’s new wife — Carrie Johnson — is to blame for the prime minister’s condition.

“Look I think the virus did affect him. But let’s be honest about it, it’s the new wife, isn’t it? I mean, it’s Carrie Johnson, or as they call Carrie Antoinette, which the historians like,” chuckled Farage. “This is a very powerful, very strong woman-“

“What wife is this, do we know?” said Carlson. “Or do we even keep count?”

COVID-19 symptoms and post-COVID symptoms — which can occur four or more weeks after infection — listed by the Centers for Disease Control and Prevention do not include any mention of the “emasculation” claimed by Carlson.

Fox News did not immediately respond to Insider’s request for comment.

How ‘Liveliness’ Can Track Bitcoin Price Bull And Bear Cycles