Indexes Need To Confirm They’re Only At Market Correction Lows

The major equity indexes closed lower Friday with negative internals and higher trading volumes on both the and . Most closed near the midpoints of their intraday ranges except the COMPQX and NDX that closed near their lows.

The result was all the index charts remain in near-term downtrends as negative market breadth persists. However, some of the data remains encouraging and at or near levels associated with market correction lows. While our shift to a “neutral/positive” macro-outlook appears premature, we remain of that opinion with the caveats that the charts need to confirm the data by violating near-term downtrend lines and resistance levels accompanied by an improvement in market breadth.

On the charts, all the major equity indexes closed lower Friday with negative internals on higher volume.

Looking at the data, the McClellan 1-Day OB/OS Oscillators for the All Exchange and NASDAQ dropped back to very oversold levels with the NYSE just shy of that condition (All Exchange: -105.39 NYSE: -97.97 NASDAQ: -109.08). In fact, the NASDAQ 3-week OB/OS moving average is now at March 2020 levels. They still suggest potential for further strength, in our opinion.

In conclusion, while Friday’s painful session suggests we were early in our more optimistic outlook of “neutral/positive” for the markets, chart support levels held while the data remains encouraging. However, we are now of the opinion that the charts and market cumulative breadth need to improve before becoming more optimistic. 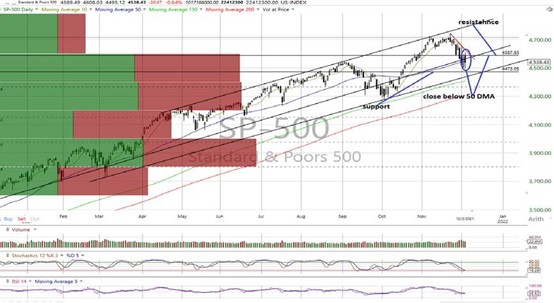 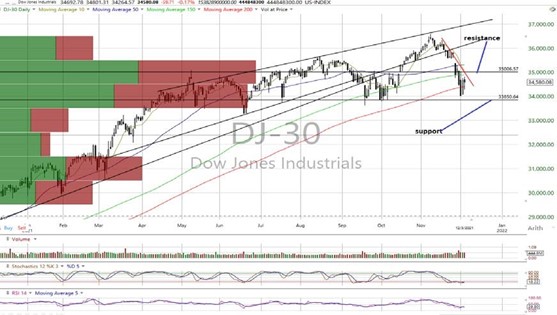 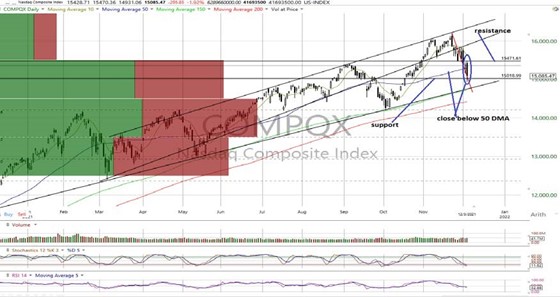 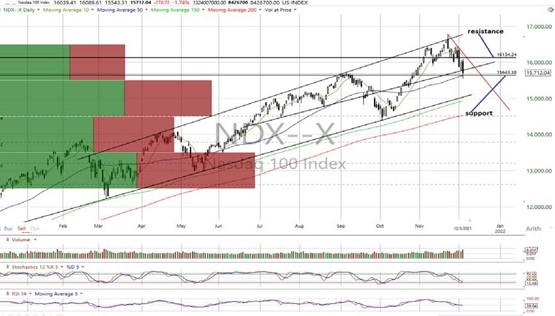 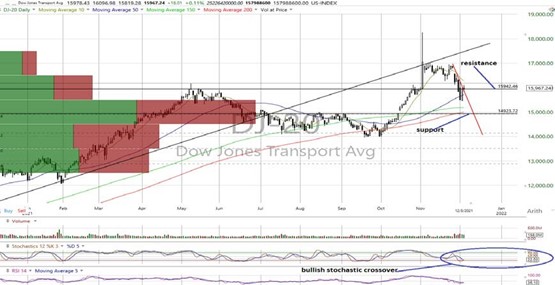 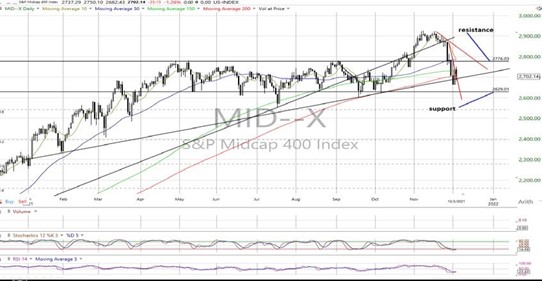 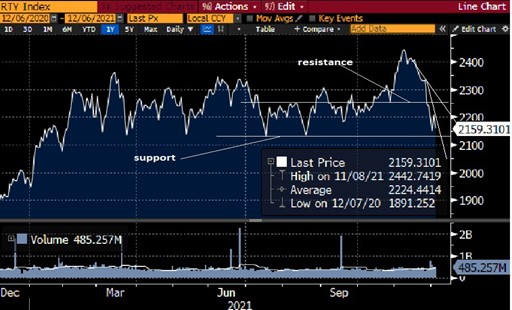