Docusign’s Sell-Off The Latest Sign Of An Uncertain Market


The stock market is a fast-moving place, and never faster than in 2021. The recent volatility is the latest reminder that the market can be manic as a collective force, as traders and investors en masse seek to understand and get ahead of the latest pandemic direction. Monday is a reopening trade, Tuesday is a pandemic trade, and on and on. Friday’s accelerating tech was only the latest evidence of this.

A trend just under the surface, and one that preceded the Omicron news of the last week, has been the turn of fortunes for many of last year’s winners. Peloton (NASDAQ:) had its after a meaningful reduction in their guidance and then a . Zoom Video Communications Inc (NASDAQ:) had already been at 52-week lows before their latest quarter, which saw them take another leg lower. And just yesterday, DocuSign Inc (NASDAQ:) became the for this trend. And they’re a reminder of how tricky the current market is.

DOCU Chart since start of the pandemic

Docusign, a software provider of e-signature solutions, had an on the surface. 42% revenue growth, free cash flow of $90M, more than double last year’s mark, and the company is just shy of profitability on a net income basis, which for a fast-growing company is not a bad place to be (the free cash flow / net income distinction mostly falls to stock-based compensation, which gets added back into free cash flow).

The notes that have spooked the market are not even that bad on their face. Billings growth, which is a leading indicator of future revenue growth, is 28%. Q4 Guidance is for $560M in revenue at the midpoint, 30% ahead of last year’s number, with billings forecast to be 26% ahead of last year. Still considerable growth for a company with a solid balance sheet and considered to be a leader in a growing industry. Just focus on the earnings numbers, and Docusign looks to be in a very good position. But of course, there’s more to it.

Many investors, including the newer investors who joined the market in the last couple years leading up to and during the pandemic, have adopted a growth investor mindset where you own the best companies and don’t worry about their valuation. Own a good company, and you’ll be rewarded. It’s a philosophy that can work, and Docusign has richly rewarded shareholders.

The starting point for investing in a stock does matter, though, and each day is its own new starting point. Docusign’s starting point before earnings was a market cap of $49B, which amounted to a 2021 sales multiple of 23.5x. Which, in the past year, has actually been far from the highest – Atlassian (NASDAQ:) trades at 39x trailing sales with revenue 15% higher than Docusign’s, and that’s after Atlassian sold off 20%. 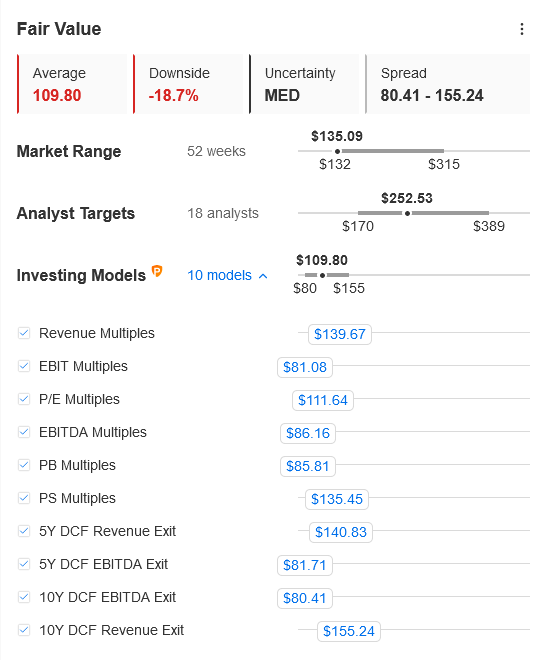 In and of itself a high multiple isn’t a bad sign – the market has adjusted multiples overall, and often times the best stocks remain expensive even as they grow into their past multiples. But it raises the bar for companies to clear. Which goes to the last part of all of this.

“After six quarters of accelerated growth, we saw customers return to more normalized buying patterns, resulting in 28% year-over-year billings growth” said CEO Dan Springer in the press release. More normalized has been the question for all of these companies – when does that normalization happen, and what does it look like? In Docusign’s case, a drop in billings growth from 47% to 28%, and a Q4 guidance that, when you back out how much they beat in Q3, amounts to a cut in guidance, means that the company surprised to the downside for next quarter.

Review the earnings transcript and you’ll see an optimistic but measured tone from Springer and the rest of management. “While disappointed with my execution on billings this quarter, I’m highly optimistic about our long-term growth, and we remain one of the fastest-growing enterprise cloud companies in history,” is an example of the tone. The company talked about being surprised at continued momentum in the first half of the year, and then the “removal of that tailwind”. They were also asked and said that the abundance of inbound demand led them to “take our eye off the ball” for proactive sales. This in response to a question about the billings rate

Docusign has been super successful, and knows their business better than anybody. At the same time, the Covid excitement swept them up and either a) there was no way to avoid the slow down or b) they thought they could avoid it and found out otherwise. Which speaks to the forecast challenges for many companies.

What It Means for Investors

The 2020 winners have already taken it on the chin quite a bit, with many fallen angels down 30, 40, 50, or up to 70 or 80% from 52-week highs. Part of that is business results, part of that is the market over-extrapolating at one point and then reversing course at another.

In the right perspective, long-term Docusign shareholders have no right to be worried with a 40%+ drop, or even the 50% pullback from 52-week highs. The stock is still up about 70% from its pre-pandemic levels, which is a healthy two-year return even in the current climate. I’m sure many growth investors will remember their winnings on Docusign and double down thanks to this ‘opportunity’, and they may be right to do so.

The bigger point is that we’re in a very uncertain time on a business level. Docusign lost track of their regular business in trying to keep up with the sudden inbound demand, and now may have reached a position where they have neither. Peloton thought things would go back to normal from their higher base, rather than adjusting for the Covid surge. Zoom tried to buy Five9 (NASDAQ:) to stave off the inevitable slowdown in their business, couldn’t, and has been punished despite having a very profitable business that grew tremendously.

This uncertainty also throws off one’s portfolio management. I’ve struggled with Stitch Fix (NASDAQ:), a company that traded detached from fundamentals as part of the meme stock/short squeeze rally at the beginning of the year, and that has since dropped to early pandemic levels despite not that volatile business results; it was a small position that I decided to use as an experiment in ‘never sell’, i.e. holding the stock forever, but it’s hard to imagine when it will hit $100/share again unless there’s another meme boom. Docusign holders could wonder the same about the $300/share level, even if it’s relatively closer.

Valuation matters, and relative business momentum matters, and both may weigh on Docusign for a couple quarters, at the very least. It remains a great company, and it remains an expensive stock. How will investors who bought into Docusign closer to its highs, or even those who have been holding all along, reconcile those two facts?

Not easily. And it’s a question we’ll all face in our portfolios one way or another. Last week’s trading is just a reminder.

Disclaimer
I am long SFIX, and may add to my position in the coming days.

Daily Volatility Needs To Calm To Draw Back Equity Buyers

Visa: A Long-Term Buy And An Inflationary And Recessionary Hedge