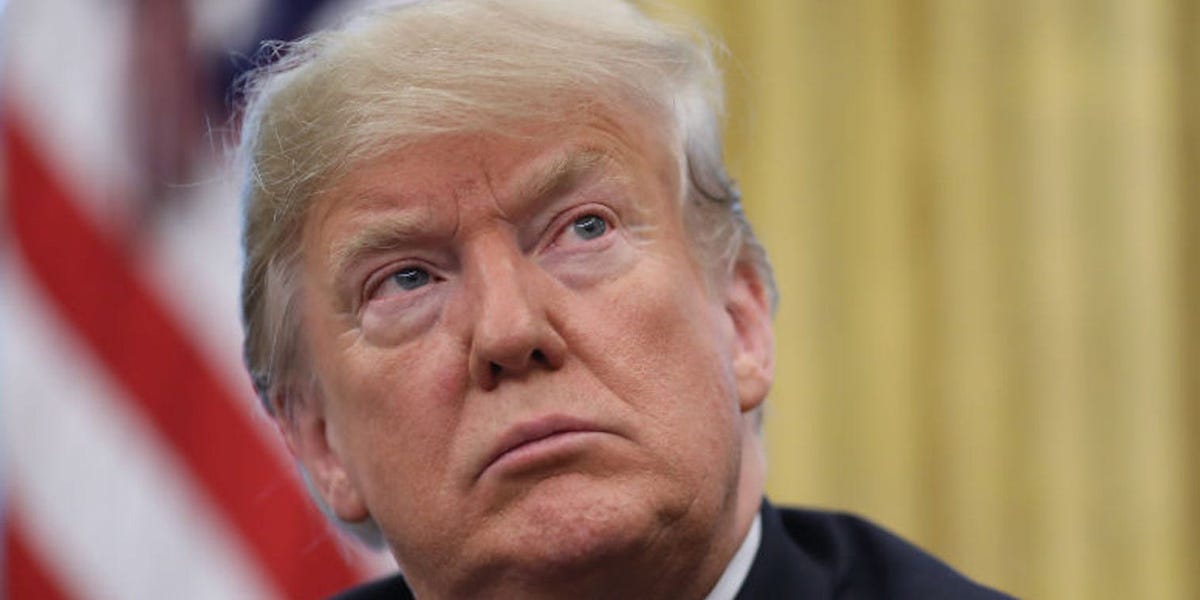 Donald Trump, his allies, and his enemies all agree: it’s not so bad to have him off Twitter.

Twitter, of course, was the former president’s most consistent soapbox during his campaign and throughout his time in the White House. Trump’s regular rage tweets — where he hurled insults, picked fights with foreign leaders, and fired Cabinet secretaries — helped him to dominate news cycles and communicate directly with his base for years.

So Twitter’s controversial move to boot the then-president from its platform in the wake of the January 6 attack on the US Capitol enraged the former president and many of his allies, who called it an attack on free speech. He was also suspended from Facebook.

But nearly a year after Twitter’s ban took effect, and as Trump mulls another presidential run in 2024, some of the former president’s allies think it’s probably good for him that he’s not tweeting relentlessly anymore.

“Every day was just overwhelming,” a former Trump campaign official told Insider in a recent interview. “In the long run, it’s probably good for the president, because nobody wants to hear this grievance shit that the election was stolen.”

Trump is still fixated on the idea that the 2020 election was stolen from him despite the evidence that there was no widespread election fraud. Many Republicans, including some close to him, are anxious to move on. Without the Twitter barrage, they argue, Americans can focus on his policies instead of his outrage-du-jour. It might help him build up some goodwill in the electorate if he ultimately decides to run for president again in 2024.

The Twitter ban “is a huge help to him” said another former Trump official. “Most people loved his policies.”

Trump himself insists he doesn’t need the platform to stay relevant.

“There’s no excitement on Twitter any more as I understand it,” the former president said in an interview with the former British politician Nigel Farage that aired this week. “They say it’s a very boring place to be.”

Twitter was “wrong in what they did,” Trump added, but he disputed Farage’s suggestion that he has “virtually disappeared” on the global stage since he was kicked off social media earlier this year.

“I didn’t know I was so quiet,” Trump replied. “I have a lot of things to say and sometimes I want to say them and sometimes I don’t because I don’t feel it’s appropriate to say them, based on the position.” He added, “We get the voice out; we have to do it.”

‘He can cover up his crazy some’

Even without Twitter, Trump has been far from quiet.

He’s been more publicly critical of his successor than any president in modern history. He still does television interviews and rallies, and his office and political action committee tweet out statements that trash his perceived enemies.

But those statements don’t have the same unedited all-caps urgency they used to, or the heft that they did when they came from the commander in chief.

“I think it was really damaging to the country, so I actually think it’s better for the country that he’s off,” said Rep. Adam Kinzinger, an Illinois Republican who was among the few members of his party who broke with the GOP to vote for Trump’s impeachment after the January 6th attack. Trump has called those Republicans “hacks” and gloated when Kinzinger announced his retirement from Congress.

“I guess he can cover up his crazy some, but people don’t forget,” Kinzinger said, adding that it’s helpful for Republicans because they aren’t constantly forced to answer for Trump’s daily tweets like they were during his presidency.

Rep. Tom Cole, a Republican from Oklahoma and a Trump ally, said this week that Trump “seems to be doing pretty well” politically, even after losing his social media perch. “Whatever he’s doing is helping him or whatever President Biden is doing is helping him,” Cole said in a brief interview in the US Capitol. “I don’t see him as a liability in any way.”

Trump’s enemies largely welcomed the former president’s ban from Twitter, calling it an overdue step that was urgently needed to prevent Trump from inciting violence and spreading misinformation.

But it might actually be helpful to Trump now, Connolly told Insider this week.

“Ironically, upon reflection, I would say it’s a net benefit for him,” said Connolly, the chairman of a House Oversight subcommittee. “From his point of view, it detracts from him because he always wants to be the center of attention,” but it also “removes a lot of the toxins associated with him, which he benefits from.”