Stock prices were volatile on Tuesday, as the fell to the new local low. But today it may rebound again.

The S&P 500 index lost 1.90% on Tuesday, Nov. 30. The market went lower following testimonies from the Fed Chair Powell and the Treasury Secretary Yellen. On Monday the broad stock market retraced more than a half of its Friday’s sell-off, but yesterday it fell to the new local low of 4,560.00. Today it is expected to open 1.0% higher again, so we will see more short-term volatility.

The nearest important support level is at 4,560-4,600. On the other hand, the resistance level is at 4,650, marked by the recent local lows. The S&P 500 retraced most of its early November advance, as we can see on the daily chart. : 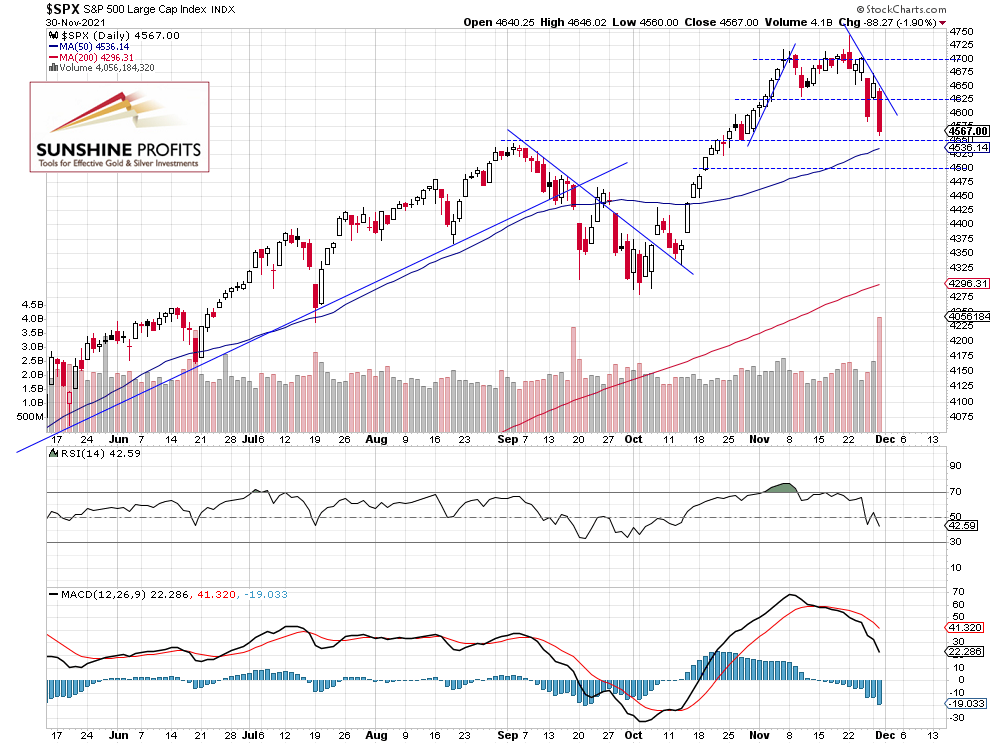 Chart by courtesy of http://stockcharts.com

Let’s take a look at the chart. The technology index remained relatively stronger than the broad stock market yesterday, as it didn’t extend a short-term downtrend. It remained above its Friday’s local low and above the 16,000 mark, as we can see on the daily chart: 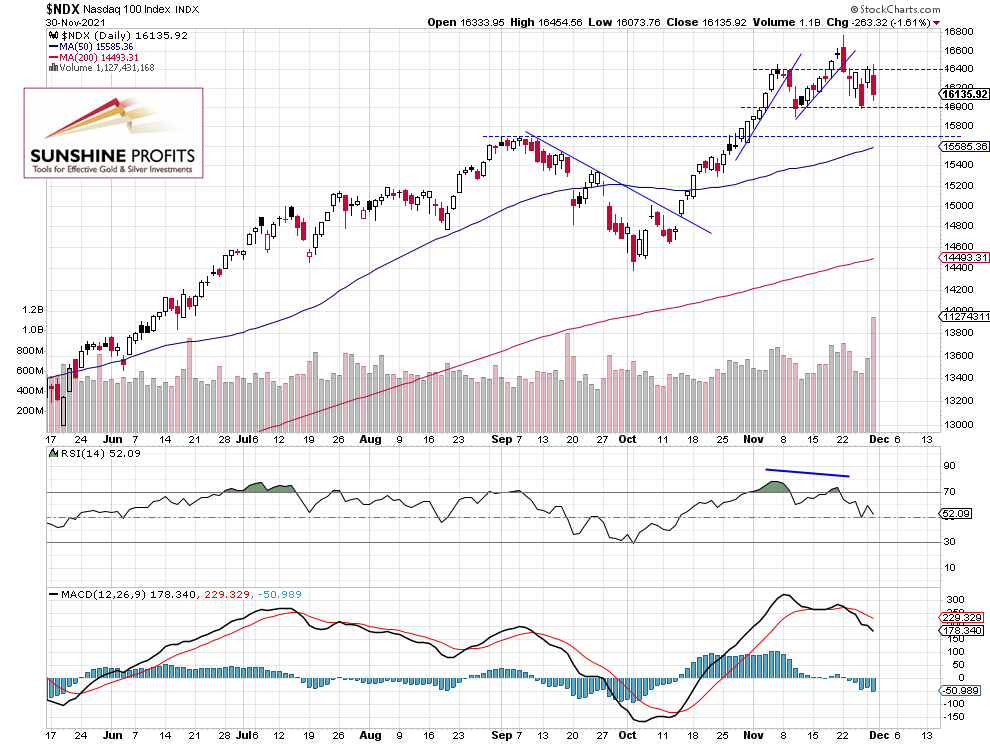 Apple Got Close To Its Record High Again

The biggest stock in the S&P 500 index—Apple. accelerated its uptrend a week ago and it reached the new record high of $165.70. However, it retraced almost all of its intraday advance that day. On Friday it got back to a support level of around $157. And yesterday it got back to the all-time high, as it closed slightly above the $165 price level. 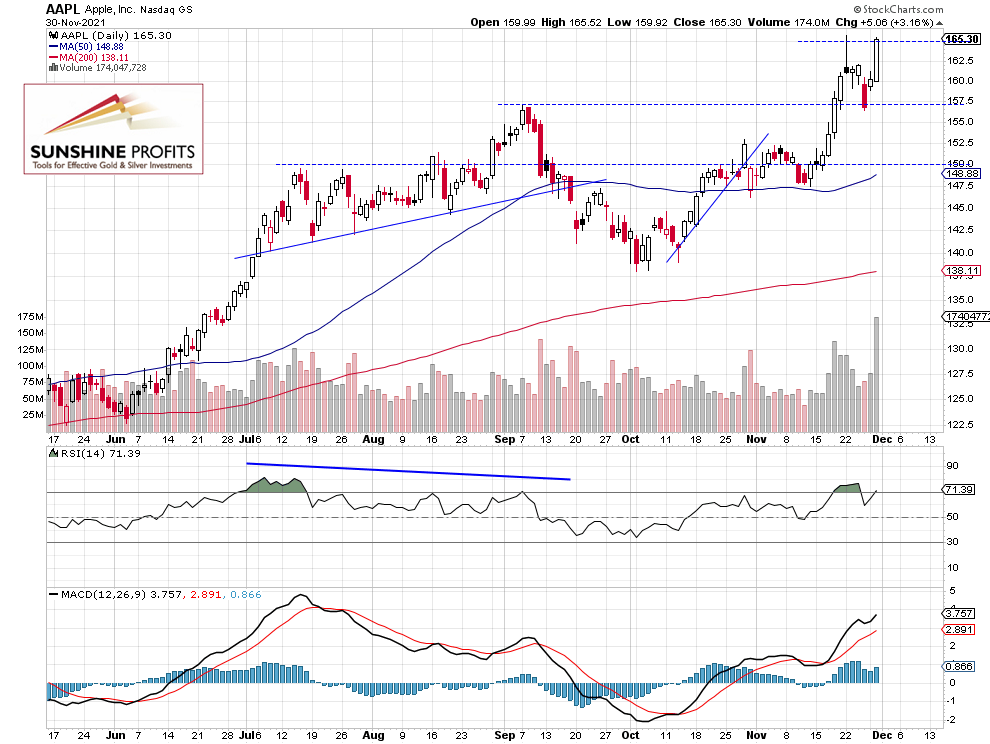 The S&P 500 index is expected to open 1.0% higher this morning following an overnight rebound from the yesterday’s new short-term low. We will likely see an intraday consolidation following a higher opening. And for now, it looks like a consolidation within a short-term downtrend.