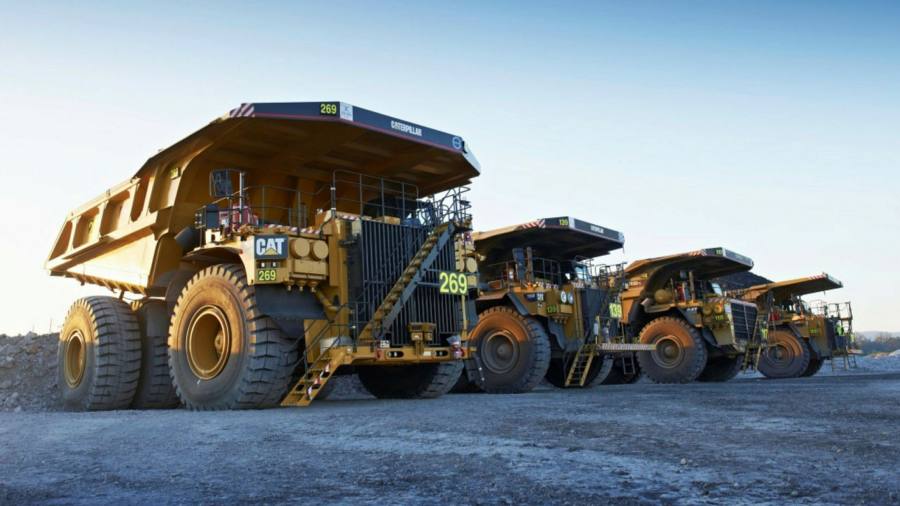 Activist calls on Glencore to spin off coal assets


An activist investor has called on commodities group Glencore to spin off its thermal coal business, divest non-core assets and improve corporate governance.

Bluebell Capital Partners, a London-based hedge fund that previously took on Danone and GlaxoSmithKline, wrote to the miner and trader earlier this month, urging it to “chart a new future” without coal, the world’s most polluting fossil fuel.

In the letter, seen by the Financial Times, Bluebell advised Glencore’s recently appointed chair Kalidas Madhavpeddi and chief executive Gary Nagle that their company’s shares could rise 40-45 per cent over the medium-term if they followed the activist’s recommendations.

Despite managing a relatively low $200m of assets, Bluebell has gained a reputation as a shrewd operator, fronting the campaign that led to the ousting of Danone chief Emmanuel Faber in March.

As well as being a major producer of battery metals such as copper, Glencore is the world’s biggest exporter of thermal coal, which is burnt in power stations to generate electricity. The unit is expected to make billions of dollars this year off the back of surging prices.

However, Bluebell says Glencore’s plan to run down its coal business and close all its mines within the next 30 years — a strategy that has been backed by its biggest shareholders — is both “morally unacceptable and financially flawed”.

“A clear separation between carbonised and decarbonised assets is needed to increase shareholder value,” the letter said.

News of the activist’s intervention comes as Glencore prepares to host its annual investor seminar on Thursday at which Nagle is expected to lay out his strategic vision for the company.

The South Africa-born executive, who took the helm at the end of June, has already said he would consider strategic options for the coal business, such as a demerger, if it became an issue for large investors. He also been divesting non-core assets.

Bluebell, run by Marco Taricco and Giuseppe Bivona, has yet to disclose the size of its investment in Glencore and declined to comment when asked if it has discussed its proposals with Madhavpeddi and Nagle.

In a statement, Glencore said it “regularly” engages with its investors. “We are confident that our business model is uniquely placed to produce, recycle, and market the materials needed to decarbonise energy whilst reducing our own emissions and delivering value for stakeholders.”

Although shares in Glencore have risen 46 per cent to 358p this year — the best performance among its peers — they remain below its 2011 flotation price of 530p.

Bluebell also believes Glencore’s operations are “unreasonably complex”, with more than 150 production assets, “despite 90 per cent of earnings before interest, tax and deprecation being generated by 14 assets” only.

While acknowledging Glencore’s recent sale of “subscale tail assets”, Bluebell says the process needs to be accelerated and done in a more structured way.

At the same, it wants Glencore to divest its near 50 per cent stake in Canadian-based agribusiness Viterra and the proceeds returned to shareholders. On that front, Nagle has said Glencore will work its Canadian partners to create value.

For the past three years, Glencore has been co-operating with several regulatory investigations, including a US Department of Justice probe into possible corruption and money laundering in Nigeria, Venezuela and the Democratic Republic of Congo.

In light of those investigations Bluebell wants the company to “realign its” governance best practices” and wants all of Glencore’s board committees to be composed of a majority of independent directors excluding the chair.

“We recognise that a company in your sector will always be implicated in controversies, however, the sheer amount is a clear testament that the existing governance framework is failing to provide proper oversight and stewardship on the company’s operation,” the letter said.