The major equity indexes closed notably lower Friday with broadly negative internals with the emergence of the Omicron variant. All closed at or near their lows of the day with multiple negative technical events being registered on the charts, leaving their near-term trends a mix of neutral and negative projections.

However, the McClellan one day OB/OS Oscillators are now at levels largely coincident with bounces while insiders further ratcheted up their buying activity. So, the combination of the OB/OS levels and insider buying activity somewhat counterbalance the negative charts, leaving our near-term macro-outlook for equities at “neutral.” Futures indicate a strong open due to some comments from vaccine producers.

On the charts, the major equity indexes closed notably lower Friday with very negative internals on the and as all closed near their intraday lows.

The data finds the McClellan 1-Day OB/OS Oscillators moved deeper into oversold territory and now at levels that are typically the lows within corrections as seen on their charts on the subsequent pages (All Exchange: -97.75 NYSE: -105.18 NASDAQ: -91.89). In fact, the NYSE OB/OS is very oversold.

In conclusion, while the charts and breadth suffered damage Friday, the OB/OS oscillators and insider buying activity suggest bounce potential. We remain “neutral” in our ear-term macro-outlook for equities and are of the opinion some very selective buying may now be appropriate. 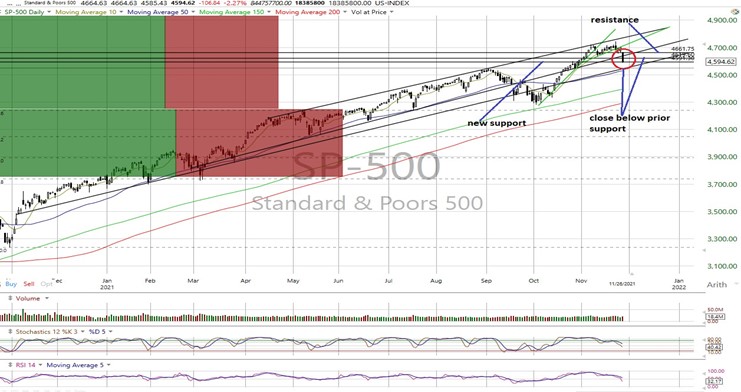 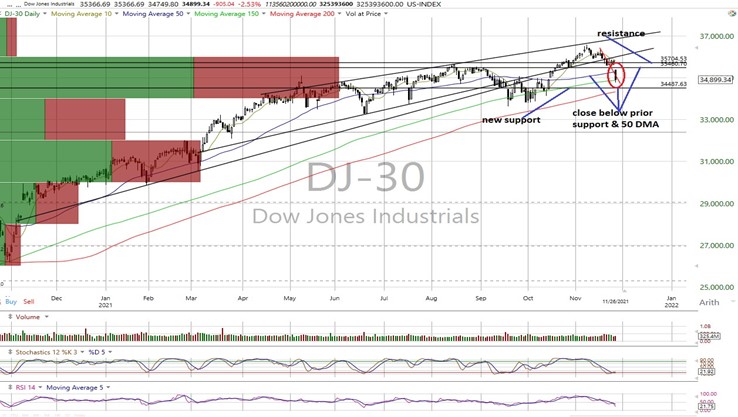 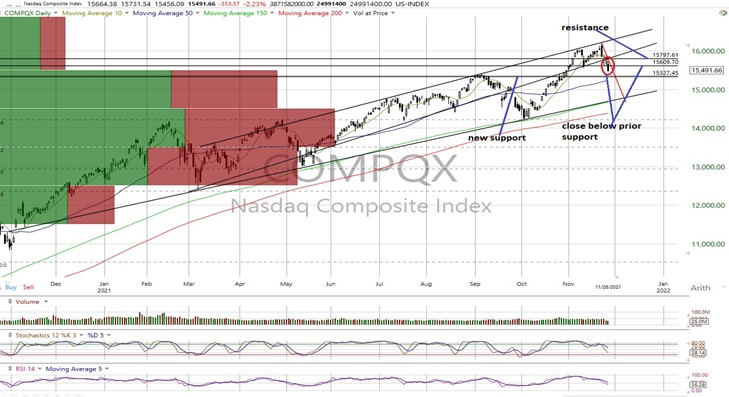 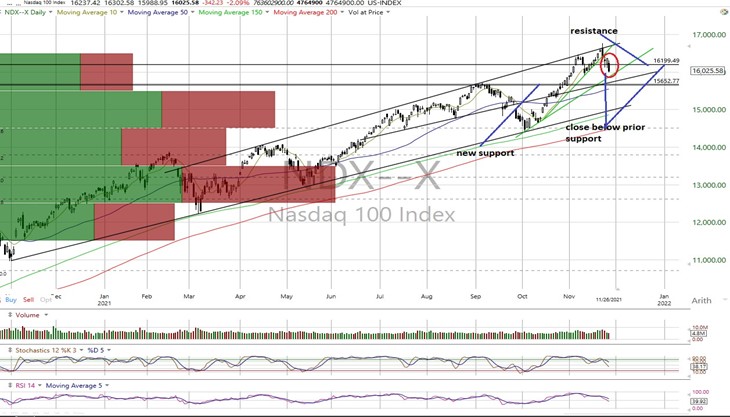 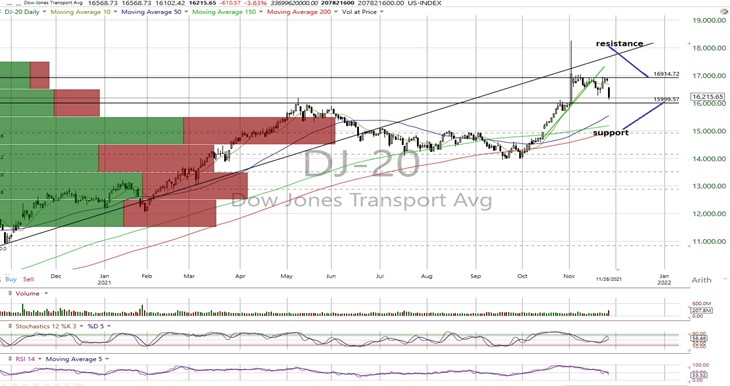 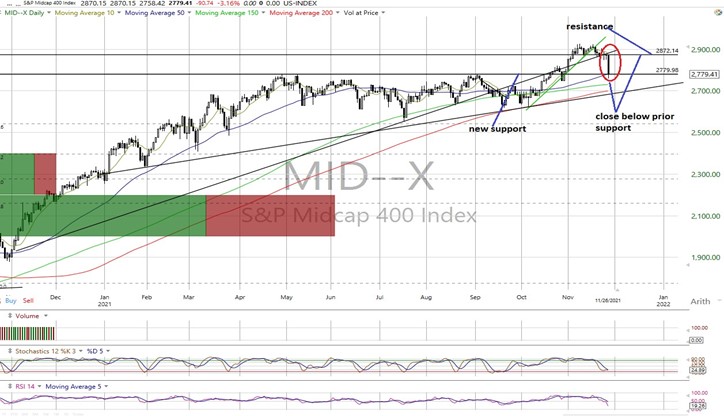 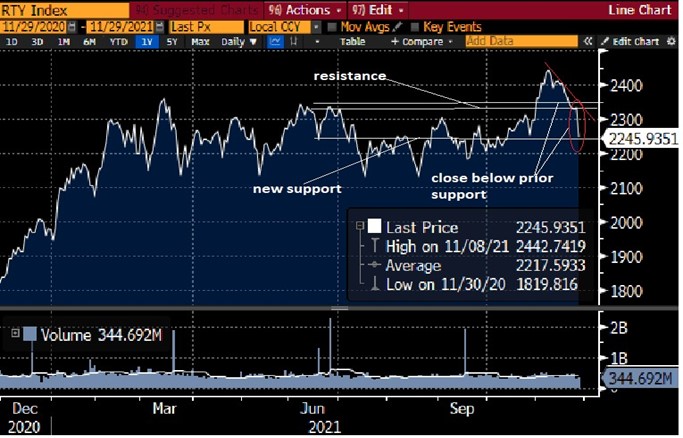 Omicron’s economic impact expected to be only small, analysts say