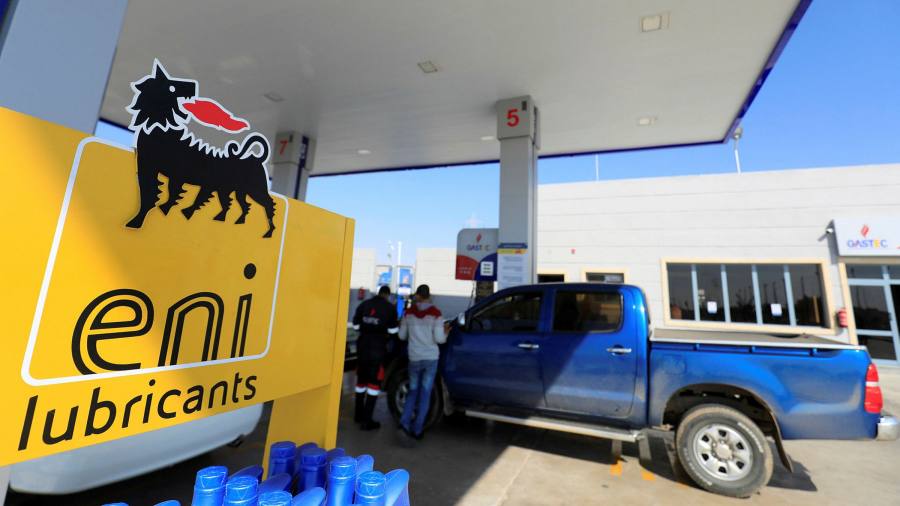 
Welcome to Energy Source, today brought to you from Edinburgh and London while our colleagues in the US enjoy a well-earned break for the Thanksgiving holiday.

As usual there’s no holiday in the energy markets, though. Traders will be keeping a close eye on European gas and power prices as the continent is hit by the first real cold snap of the winter, boosting demand as households crank up their heating and add to existing tensions over gas supplies.

Only last week Trafigura’s chief executive Jeremy Weir told an FT summit that Europe could face “rolling blackouts” if there is a prolonged period of freezing weather this winter. A chilling thought.

While we all hope talk of power outages may be overblown, another serious side effect of Europe’s energy crisis continues to play out in the UK’s electricity and gas retail market.

UK ministers and regulators have placed Britain’s seventh biggest electricity and gas supplier, Bulb, into a special administration process that will see it run on behalf of the government — controversially with taxpayer’s money.

With 1.6m customers, Bulb is the biggest British supplier to fail in 20 years. We’re braced for plenty more finger-pointing over the state of the market in the days to come as more companies teeter.

Since the start of August, 23 have gone down, with accusations flying that insufficient regulation is as much to blame as high gas prices.

In our first item today, Tom Wilson questions whether Eni’s plans to spin off and IPO its renewable power business next year might push other European oil majors to follow suit.

In Data Drill, Amanda Chu looks at how US shale producers are cashing in on higher oil and gas prices.

To split or not to split

Italian oil major Eni this week provided investors with a first look inside the planned initial public offering of its retail and renewables arm — a business that will include its 10m-customer gas and power subsidiary, green energy division and mobility unit.

The name Plenitude, chosen to represent the company’s “integrated, diverse proposition” may provoke sneers, but the financial rationale has its merits. The new business will have access to a cheaper cost of capital and pools of ESG-finance that tend to avoid oil companies, as well as greater freedom to operate, Eni told the FT.

Analysts at RBC Capital Markets forecast a possible valuation of just over €10bn — approximately eight times estimated 2025 earnings — and therefore “substantial proceeds” to Eni, which intends to sell 20 to 30 per cent of the business. This year the combined divisions are forecast to make earnings before interest, tax, depreciation and amortisation of €600m.

The Italian giant, however, is ploughing a lone furrow. So far all of its European and North American peers have resisted any suggestion that spin-offs could help them survive the energy transition.

Shell’s integrated collection of assets allows it to do things that would be “very hard to replicate if [we] were just indeed split up into a number of separate companies,” chief executive Ben van Beurden said last month.

Some analysts wonder whether the Plenitude listing could change van Beurden’s opinion.

“A successful IPO might encourage other European oil majors — most of whom have ruled out such a move for now — to consider a similar operation at some point in the future,” HSBC analysts Kim Fustier and Gordon Gray wrote this week.

In the short term, a change in approach at another supermajor feels unlikely. For decades, the likes of BP and Exxon have been the biggest gorilla in most rooms. Trading in that primacy to become a collection of smaller, more nimble beasts would be anathema to many senior executives. Furthermore, in Europe at least, the energy transition strategies of the other majors are premised on a vision of more integration, not less — becoming a-one-stop for all their customers’ power needs.

But the debate is by no means over. The US hedge fund Third Point, having built a stake in Shell, has already told the Anglo-Dutch giant it would like it to split into multiple companies, and other activist investors are likely to be hovering.

“When you’re facing a problem that is incredibly complex [like the energy transition] . . . organisations tend to do better when they have more disaggregated decision-making to people that are closest to the problem,” said one investor, who wants to see more green spin-offs.

If the IPO flounders — a possibility given the sliding valuation of European renewables businesses this year that has caused some other groups to postpone listing plans — then little will change. But if it succeeds, or just does OK, then it will give further fuel to the activists.

For all of these reasons, Plenitude — whatever you think about the name — will be closely watched. (Tom Wilson in London)

Debate around whether the UK should join other countries such as Denmark and France in committing to phase out oil and gas production will intensify in the next few weeks as climate activists get their day in court early next month.

Three climate change activists earlier this year applied for a judicial review of the strategy of the UK’s Oil and Gas Authority (OGA), the body that oversees the North Sea. The strategy currently dictates the regulator has a duty to “maximise the economic recovery” of the country’s reserves of hydrocarbons.

The campaigners’ case, which centres on claims that much production is often not economic because it is underpinned by a generous tax regime, is expected to be heard before the High Court on December 8-9. The OGA declined to comment.

The case will shine a light on the controversial issue of whether continued exploration and development is compatible with the UK’s 2050 net zero emissions target, as ministers are still to decide whether to allow Cambo, an oil project off the north-west coast of Scotland’s Shetland Islands, to go ahead.

Scotland’s first minister Nicola Sturgeon last week added fuel to the debate when she said the Cambo scheme “should not get the green light”, although it is not within her powers to decide.

There has been furious lobbying on both sides, with oil and gas companies pushing back with their own arguments that a lack of investment in further production will render the UK even more reliant on imports, with no say over how intensively they are produced.

Oil and gas companies in the UK also point out they have committed to reduce emissions from production by 50 per cent by 2030, against a 2018 baseline, although most aren’t trying to tackle emissions produced when their products are burnt by customers.

The UK government said it did not comment on continuing legal proceedings. It said on Cambo: “While we are backing the UK’s oil and gas industry’s transition to green energy, there will continue to be ongoing but diminishing need for oil and gas over the coming years.”

US shale producers saw record cash flow in the third quarter as the rate of investment in new wells hit an all-time low and revenues from higher oil and gas prices surged.

Free cash flow reached $6bn in the period. This is significantly higher than the eight-year average of -$1bn (shale companies have historically spent more than they have brought in). And free cash flow is expected to continue its climb as reinvestment rates, the pace of investment in new drilling compared with incoming cash, continue to fall and prices remain elevated, said Rystad Energy.

Reinvestment rates had plummeted in the third quarter of 2020 as demand for oil fell sharply in the pandemic. Unlike other recent price rallies, shale companies have continued to invest less even as demand and prices have returned from their 2020 low. The industry is under intense pressure from shareholders not to return to its free-spending business model. The surging free cash flow has allowed companies to return large dividends for the first time.

Rystad Energy looked at 21 US shale oil producers and found that a third of operators have been paying dividends for more than four consecutive quarters, and another five operators have started dividend programmes more recently. Dividend to capex ratios for the third quarter reached 40 per cent, more than double since the start of this year.

3 Stocks To Watch In The Coming Week: Salesforce.com, Kroger, Snowflake