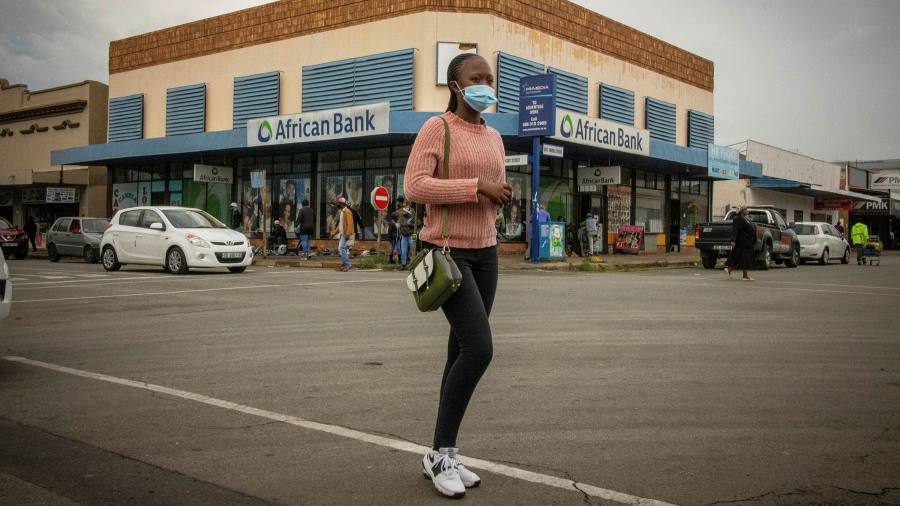 
Global equities and oil prices were hit by their hardest falls for more than a year as the discovery of a new coronavirus variant sparked a sell-off in companies most exposed to the pandemic and a dash to safe havens.

The World Health Organization has designated the strain a “variant of concern” and is calling it Omicron. It said that preliminary evidence suggested “an increased risk of reinfection” with the variant.

The FTSE All World index was down 2.2 per cent at the New York close, reflecting declines in the US, Europe and Asia. Crude oil benchmarks on both sides of the Atlantic settled down by more than 10 per cent, the biggest falls since April 2020.

“What should have been a quiet Friday trading in both bonds and equities globally has turned into a rout,” said Andrew Brenner, head of international fixed income at NatAlliance Securities.

Coronavirus vaccine makers rallied, with Moderna soaring 21 per cent and Pfizer gaining 6 per cent. Other pandemic beneficiaries such as meal-kit company HelloFresh, grocery delivery company Ocado and online fashion retailer Zalando were among the small number of gainers in Europe.

The Omicron variant, first identified in Botswana, is believed to be behind a surge of cases in southern Africa over the past week. The new variant has alarmed global health officials because of its apparent ability to evade Covid-19 vaccines and spread more quickly than the Delta variant.

“This variant has a large number of mutations, some of which are concerning,” the WHO said on Friday.

The EU and UK moved to impose travel restrictions on a group of southern African nations, while Israel has banned travellers from South Africa.

US bond and stock markets were open for a limited trading session on Black Friday, the beginning of the holiday shopping season. Investors said the shortened US day meant that trading volumes were thin in some markets, which exacerbated price fluctuations.

The jitters were apparent in a broad array of closely watched market barometers. The Vix index, a measure of expected volatility in Wall Street stocks over the next month, rose 10 points on Friday to 29, the biggest increase since early 2021.

Government debt rallied as investors turned to assets traditionally seen as carrying lower risk. The yield on the benchmark US 10-year Treasury note fell about 0.16 percentage points to 1.48 per cent. It marked the biggest fall in yield since March 2020.

Our weekly inside story on the movers and shakers behind a multitrillion-dollar industry. Sign up here

In the corporate debt market, a widely watched junk bond exchange traded fund, known by the ticker HYG, fell 0.7 per cent, the worst day since March 2021.

Investors seeking shelter from the sell-off found soaring prices for insuring against companies defaulting on their debt, with a derivatives index that offers to protect investors from losses hitting its highest level in a year.

Despite the moves, some investors remained sanguine about the sell-off, seeing it as an opportunity to buy debt at discount prices. “Lots of holiday deals” said one corporate bond portfolio manager.

Save on AirPods, Ring Doorbells, Echo

Where Next For Tesla? | Investing.com