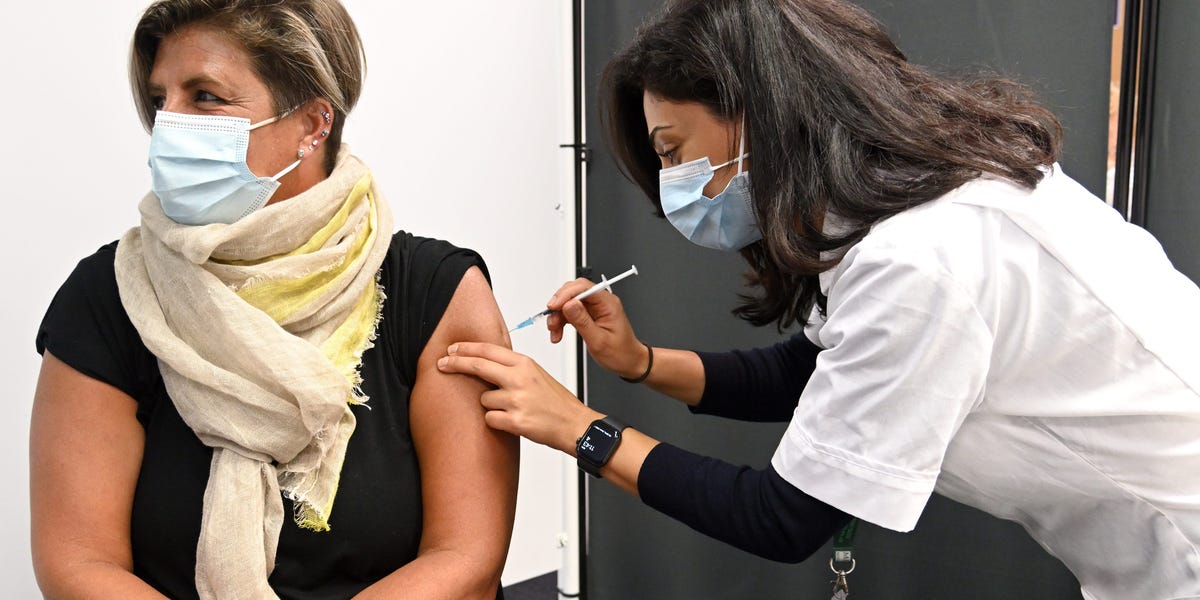 
The owner of an ice cream company that’s giving vaccinated employees a pay raise says he’s been inundated with emails from anti-vaxxers.

Ashley Chapman, vice-president and owner of the Ontario-based company, told CBC Radio that the external reaction to the policy was “very, very aggressive” and that he’d been sent “hate packages” in the mail.

He said that his 78-year-old father got a voicemail “telling him he was like Hitler, and obviously a Nazi, and we should be convicted of war crimes, essentially.”

Chapman told The Globe and Mail that the company had received at least 1,000 negative e-mails and “so many terrible, cruel comments on our Facebook group.”

“One e-mail asked us why we are employing segregation tactics,” Chapman said. “The exact words were: ‘Kudos on implementing Nazi-ism into our modern day.'”

The Globe and Mail reported that a photo of Chapman’s vaccine policy had been spread in anti-vaccine groups on social media, with some people urging a boycott of the brand.

Chapman said that news coverage of the backlash led to emails, phone calls, and social-media posts from people praising the pay raise and encouraging other companies to introduce similar incentives for vaccinated workers.

“Overall, the ratio of good comments to bad comments is now about 20 to 1,” Chapman told The Globe and Mail. The company’s sales hadn’t been hit by the boycott, and it had actually got multiple requests from Americans asking where they could buy its ice cream, he said.

Chapman told CBC that before introducing the pay raise he had been paying for unvaccinated staff to get two COVID-19 tests a week, which he said cost around 40 Canadian dollars ($31.35) per person.

“It just felt like we were treating the unvaccinated better than we were the vaccinated,” he told the radio station. “So we said, ‘You know what? Let’s try and be equitable to both sides.'”

Around 100 of his 850 employees aren’t fully unvaccinated, Chapman told CBC on Tuesday. He said he expected this figure to roughly halve over the next month as more staff members get their first and second shots.

More and more companies are mandating vaccines for their employees, and some governments are rolling out similar policies, too.

Ontario is requiring people to be fully vaccinated to visit some indoor venues like restaurants, nightclubs, gyms, and cinemas. Police in Toronto will be placed on unpaid leave if they don’t provide proof of full vaccination by the end of November

In the US, President Joe Biden is requiring all companies with more than 100 employees to mandate COVID-19 vaccines for their staff or implement weekly testing.

Oil headed for $100 despite U.S. efforts to release reserves: Analyst