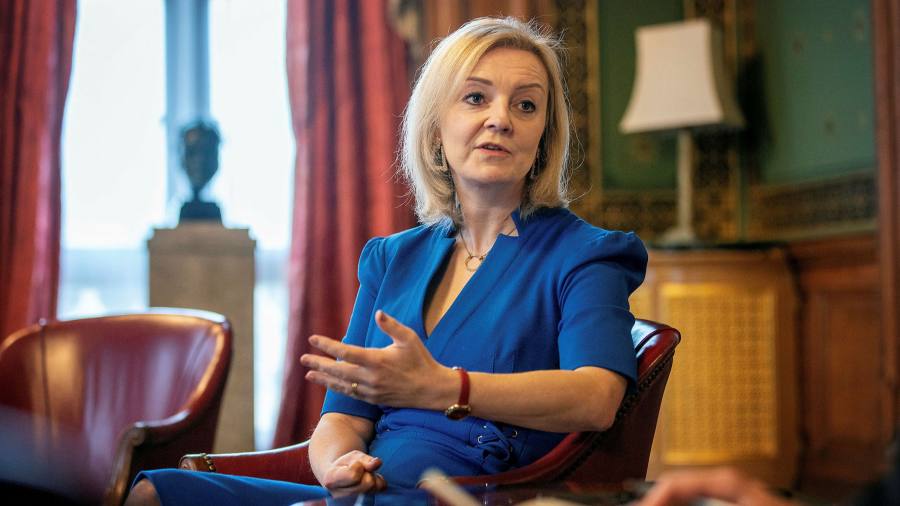 
The UK is to overhaul its development investment arm in a move designed to counterbalance China’s influence in emerging countries by offering “alternatives” to taking on “strings-attached debt”.

Liz Truss, UK foreign secretary, will launch British International Investment (BII) on Thursday, a body that will leverage private capital to invest in countries across Asia, Africa and the Caribbean, offering an alternative to Chinese loans, which are seen by some in the west as a tool to spread Beijing’s influence.

The BII is a revamped version of the government’s Commonwealth Development Corporation Group, which has been historically criticised for investing in purely commercial projects, such as hotels and shopping centres, and for concentrating on more advanced economies.

Under plans for the BII, which will be launched at the London Stock Exchange, the UK will mobilise at least £9bn of investment a year by 2025. Officials said this would include partnering with capital markets and sovereign wealth funds to scale up financing and help the private sector move in.

Truss told the Financial Times in an interview that the new body would prioritise infrastructure investment, offering low- and middle-income countries “alternatives” to taking on “strings-attached debt from autocratic regimes” and non-market economies.

She signalled that using economics as a foreign policy tool to exert more global influence was a “core part of the Global Britain agenda”.

Truss added: “We want to build a network of liberty around the world with our friends and partners. That involves closer economic partnerships. It’s a positive agenda. It’s not a confrontational agenda. It’s about giving countries alternatives.”

Joe Biden, US president, has led calls for a “build back better world” plan that will offer poorer countries a new source of infrastructure finance, providing a “democratic” alternative to Chinese loans.

In June, leaders at the G7 summit in Cornwall backed a western rival to China’s Belt and Road Initiative — Beijing’s pledge to spend about $1tn on building infrastructure in developing countries — with a plan to deploy billions of dollars to help poorer countries tackle climate change.

“The overall ‘build back better world’, which is a number of different countries working together to create reliable, honest investment around the world, is about pulling more countries or more investment into the positive circle of influence,” Truss said.

More money for developing countries, especially focused on infrastructure and green investment, is a good thing

The CDC, the UK’s development finance institution, received £650m from the UK government in 2020 as part of a gradual shift of UK development funds into so-called impact investments, which also bring a commercial return. Over the past 10 years it has received about 3 per cent of Britain’s overseas development budget.

Officials said the exact amount of funding the new BII would receive would depend on a “range of factors” and would be agreed by the government in the new year.

“More money for developing countries, especially focused on infrastructure and green investment, is a good thing,” said Ranil Dissanayake, a policy fellow at the Center for Global Development think-tank.

“But the inference that this will allow countries to replace Chinese debt is pure rhetoric — £9bn a year is peanuts compared to the size of the Chinese Belt and Road Initiative.

“The most valuable part of this idea is the concept of the UK acting as a catalyst to encourage private sector investment and drive down the cost of new technologies. It is through this that British innovation could indeed compete with the brute force financing methods of China.”

A China hawk, Truss has previously railed against “economic coercion”, especially with regard to some of Beijing’s controversial trading practices. The BII would operate under a defined set of clear standards, Truss said. “Standards over transparency, standards over property rights, and standards over the protection of personal freedoms.

“That will help those countries get the infrastructure and other finance they need to develop in a way that doesn’t have the strings attached or the opacity of other finance offers.”

Is S&P 500 Topping Or Just Consolidating?