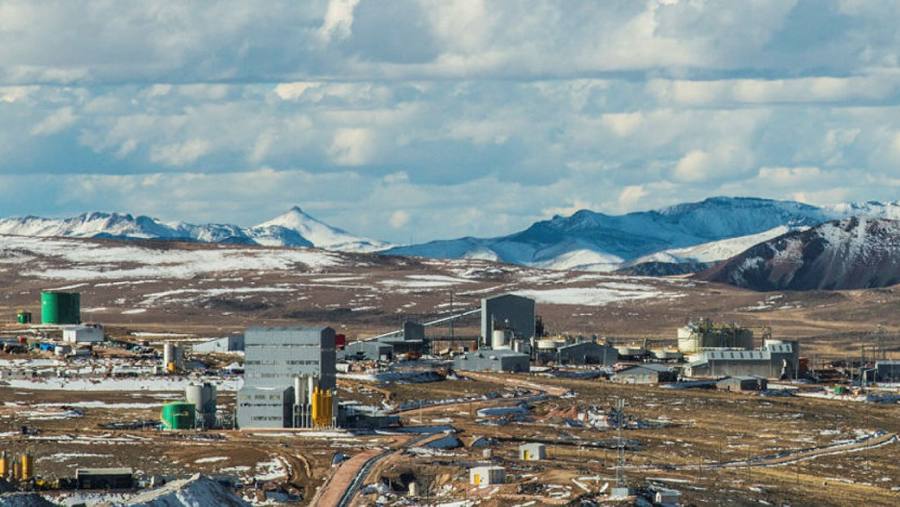 Hochschild shares rebound after Peru backtracks on mine closures


Shares in Hochschild Mining rose on Wednesday after Peru’s government said it would not unilaterally close mines and would consider extending operating licences if legal requirements were met.

The London-listed company lost 25 per cent of its market value on Monday after the Prime Minister Mirtha Vásquez said four mines in Peru’s southern Ayacucho region — including the company’s flagship Inmaculada mine — would be closed as soon as possible.

However, Lima backtracked on that position on Wednesday following discussions with the National Society of Mining, Petroleum and Energy.

“We rule out the closure and request for the unilateral end of the operations of the mining units, which fulfil legal requirements and conditions established in national and sectoral legislation, and which have corresponding permits in effect,” the government said in a statement.

Hochschild shares advanced 6 per cent to 120p, making it the biggest riser in the FTSE 250.

Lima’s U-turn will be welcomed by the mining sector. The South American country is the world’s second-biggest producer of copper and a significant source of gold, silver, zinc and tin.

Anglo American, Newmont, Glencore and Freeport-McMoRan also operate mines in Chile, as do Chinese-controlled companies including MMG and Chinalco and local producers such as Buenaventura.

Following local protests, Vásquez attended a meeting in the town of Coracora in the Ayacucho region on Friday and pledged to negotiate terms for the closure of two small privately owned mines and Hochschild’s Inmaculada and Pallancata operations, which account for about 80 per cent of the company’s annual production of gold and silver.

Hochschild, 38 per cent owned by Peruvian billionaire Eduardo Hochschild, hit back on Monday, saying it would “vigorously defend its position”. Wednesday’s government U-turn followed further talks with the company.

Analysts at UBS said the prime minister’s move was a reminder that the tax and licensing risks in Peru remained elevated.

“We cannot rule out potential disputes over permits at individual operational mines and expect some form of taxation increases for Peruvian miners,” they said in a note.

Political risk has intensified since President Pedro Castillo took office in July. The government is in the process of proposing higher taxes on mining to help fund social programmes. Peru has been badly hit by the pandemic and mining is a big generator of export revenue.

How to Use Live Listen on Your AirPods