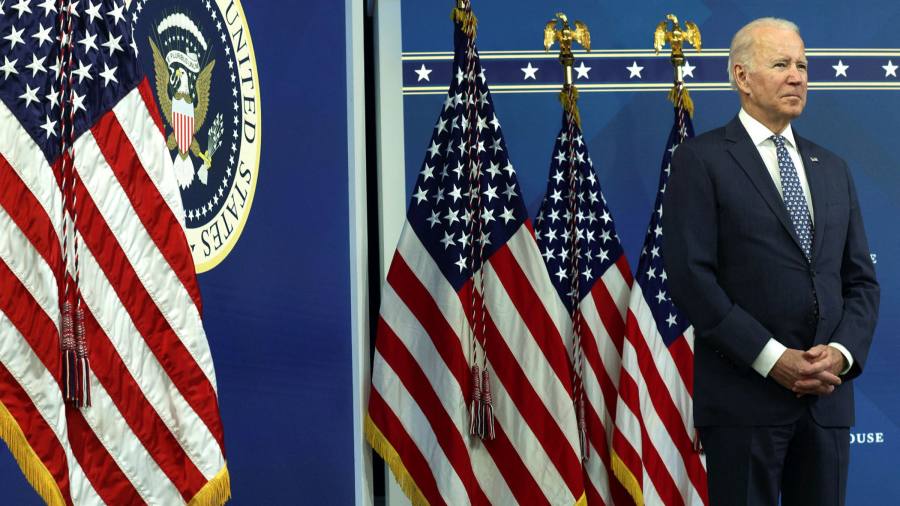 What does oil reserve release mean for Biden’s energy agenda?


Welcome back to Energy Source.

The release from the US Strategic Petroleum Reserve comes after several weeks of White House attempts to use the limited tools at its disposal to drive down prices at the pump.

Last week, President Joe Biden called for an investigation into “potentially illegal conduct” by ExxonMobil and Chevron, making it clear that the Biden administration is still feeling the heat over high gasoline prices and its impact on surging inflation.

Oil prices before Tuesday’s release were down nearly $10 a barrel from their recent highs earlier this month and prices at the pump look likely to tick down too.

But pressure on the administration to take action was high. As we discussed in ES a number of weeks back, while an SPR release — in conjunction with a handful of other countries — might be the most potent tool at Biden’s disposal to put a dent in prices, many analysts reckon it wouldn’t be that effective. Any drop in prices would probably be shortlived.

And reports yesterday suggested that a release may prompt Opec to rethink its increase in output, blunting any price effect.

The effort to drive down oil prices comes even as Biden continues to push policies to wean America off fossil fuels through Congress. The House of Representatives last week finally passed his Build Back Better spending bill — with $555bn in climate and energy measures — but its fate in the Senate is far from clear.

Our main item today looks at the state of play with Biden’s climate agenda and the hurdles that lie ahead.

To all our US readers, enjoy the Thanksgiving break. Energy Source will be coming to you on Thursday from our UK energy team.

Explore headlines from across the FT with our new three-minute audio news digest. We hope to continue improving this new format, by understanding what you think of it. Share your thoughts by completing a short survey.

What now for Biden’s energy agenda?

It’s been a little over a year since Joe Biden was elected the 46th president of the United States, with a promise to put climate change — the “number one issue facing humanity” — at the heart of his administration.

Now the president’s lofty ambitions to clean up America’s energy landscape are being pushed through the meat grinder of America’s legislative and regulatory machinery.

But the latter is some way off becoming law, with a fractious debate expected when it is picked up by the Senate.

The White House has also touted some big regulatory wins. But things could get complicated on this front over the coming months.

So, taking a step back, what progress has been made domestically on the climate and energy front? And what lies ahead?

The Democrats’ slim majority in Congress has made legislating for the president’s climate goals a slog. This makes the final passage of the bipartisan infrastructure bill a significant win.

The Department of Energy received its biggest ever infusion of cash — $62bn — with significant funds allocated towards batteries, carbon capture, hydrogen and advanced nuclear technology — as well as financial support to keep the current nuclear fleet operational.

There were also big investments in “climate resilience” — preparing communities for extreme weather events like floods and wildfires — electric vehicle infrastructure and cleaning up abandoned wells.

But it is the larger Build Back Better spending bill that has climate advocates the most excited. In its current form, it would pump a record $555bn into clean energy and climate provisions.

Research by the Rhodium group estimated that could contribute as much as half of the emissions reductions needed to meet Biden’s goal of halving US emissions from 2005 levels by the end of the decade.

As far as energy is concerned, the most important element of the bill is a $320bn tax incentive programme to drive the buildout of wind and solar and support nuclear plants.

A methane tax would also aim to limit emissions of that potent greenhouse gas. But this provision may struggle to survive the Senate as the oil and gas industry lobbies hard to have it stripped from the final bill. Another provision aimed at forcing power producers to decarbonise — the so-called Clean Energy Performance Program — has already bitten the dust in the face of industry opposition.

The fate of these measures — and that of the briefly mooted carbon tax — underlines the fact that while legislation has been a useful tool for climate carrots, it has struggled when it comes to sticks.

That has left the president reliant on regulation in order to clamp down on pollution.

There has been some progress on this front. The Environmental Protection Agency has tightened rules on fuel efficiency and vehicle emissions. But new regulation of methane leaks from the oil and gas sector has probably been the biggest win. The specifics of the new rules are being hashed out at the moment.

Still, it could be quite a while before the methane rules hit the books in some parts of the country. Lawyers have told me that pushback from some states could delay implementation for up to a decade if local authorities drag their feet (more on this later in the week).

New EPA regulations on carbon emissions from power plants are also in the offing. But a case before the Supreme Court looks set to complicate this.

The surprise decision by the court to hear the case, taken by West Virginia and a host of other fossil fuel states, is likely to lead to some curtailing of the EPA’s authority over pollution from electricity generation, analysts have told me.

And there is a possibility that the court, which is now more staunchly conservative, could go further and scrap the agency’s ability to regulate greenhouse gas emissions at all — overturning the 2007 Massachusetts vs EPA case that allowed it do so under the 1970 Clean Air Act.

Such an outcome, which could come as soon as next summer, would utterly defang the EPA — and neuter regulation as a tool to tackle climate change.

Executive orders and appointments have garnered a lot of attention. Scrapping the Keystone XL pipeline and pausing new oil and gas leases on federal lands have riled industry — which has (unfairly) blamed the president for elevated prices.

Gina McCarthy’s installation as White House climate tsar has ensured there is a “whole of government” approach climate, permeating all agencies.

But for many progressives, this has not gone far enough. The president’s decision to renominate Jay Powell as Federal Reserve chair yesterday irked some on his party’s left who take issue with the incumbent chair’s stance on climate related risks. (Powell has previously said climate is “an issue that is assigned to lots of other government agencies, not so much the Fed”.)

Jeff Merkley, a Democratic senator from Oregon, was unambiguous in his criticism:

“President Biden must appoint a Fed Chair who will ensure the Fed is fulfilling its mandate to safeguard our financial system and shares the Administration’s view that fighting climate change is the responsibility of every policymaker.”

Companies are eyeing carbon capture as a way to slash emissions and make money. Global patents for carbon capture and storage increased 22 per cent in the last year, according to a new analysis by financial services firm BDO. Most of these patents came from China, which is expected to rely heavily on the technology to reach its emissions targets.

“[Governments and corporations] who can patent the best technologies are likely to have a commercial edge on their rivals as we transition to a green economy,” said David Bevan, BDO corporate finance director.

The US and UK are nowhere near China in terms of patents. The US registered 9 per cent of global carbon capture patents this year and the UK just registered 1 per cent. The energy sector generated the most patents worldwide, as companies work to reduce their carbon footprint while continuing the burning of fuel.

The International Energy Agency includes carbon capture as part of the path to a net zero energy system, albeit a small portion compared to the scale-up of renewables. Despite unprecedented growth this past year, carbon capture capacity must expand 140 times its current size to limit global warming to 2C, according to a recent report by the Global Carbon Capture and Storage Institute.

“Carbon capture technology is important as we transition away from fossil fuels,” Bevan said. “But it’s not a replacement for the long-term transition to renewable energy.” (Amanda Chu)