Alliant Energy One To Watch After Breakout Move From Congestion 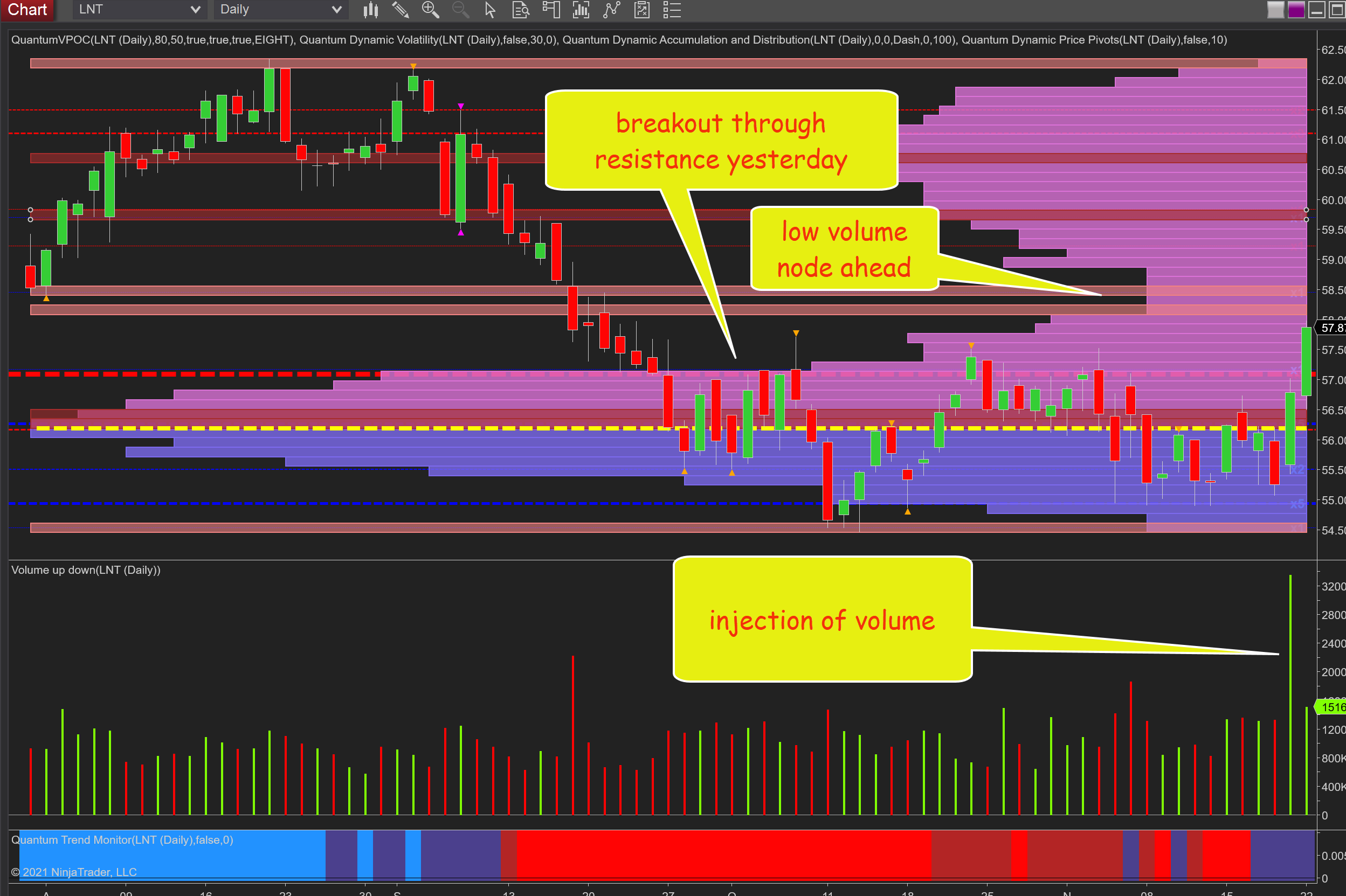 Alliant Energy Corp (NASDAQ:) is an energy stock I have had my eye on for some time. It’s one of those stocks that has been in congestion for some time, where patience is required, and generally rewarded. Alliant Energy is a public utility holding company, so perhaps not a stock that is going to set the world on fire, but nevertheless, it is one that has reached an interesting juncture this week on the daily chart.

Until last week, the price had been oscillating around the volume point of control, between the $55 and $57 a share. As a result, it built strong levels of price-based support and resistance regions on the accumulation and distribution indicator, denoted with the red and blue dashed lines. The stronger these levels are, the thicker they are painted by the indicator, which gives us a clear pictorial image of these bands. As you can see on the chart, both have been in play over the last few weeks. But it was Friday’s injection of volume that caught my eye. It delivered some fuel to drive the price away from the VPOC at $56.20. And with yesterday’s price action following through on reduced volume, it took the price through the red dashed line of resistance at $57 a share, a closing at $57.87 on the day.

So the question is: Where next for this stock? Can it recover the highs of earlier in the year at $62.50?

This does, indeed, look possible for two reasons.

First, note the way the VPOC histogram falls away between $58 and $59 a share with a low volume node. While this builds back up to $60, it is considerably less dense than at the VPOC and falls away again as we approach the top of the chart.

Second, note the lack of any meaningful price-based resistance ahead. All the dotted lines are narrow, so not very strong. Both these factors mean the effort to rise, in other words, volume can be less dramatic if this stock is to recover the $62 a share area in the longer term.

FirstFT: Biden authorises release of oil from US strategic stockpile