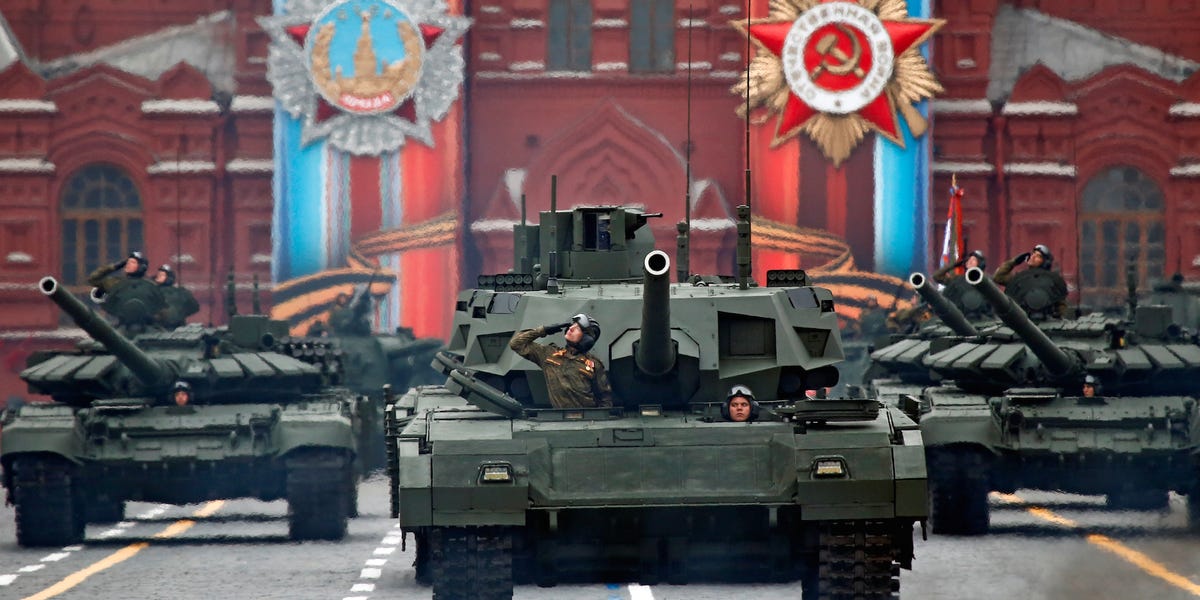 
Russia is massing troops and military equipment near the border of Ukraine, stirring fears that it may move to launch an invasion.

The US has shared concerns about the possibility of an invasion, as well as intelligence indicating that Russia is positioning forces for a possible multi-directional push into Ukraine, with allies and partners in Europe, Bloomberg reported.

These private conversations have taken place amid public demands that Russia clarify its intentions about a buildup that US officials have characterized as “unusual” and reiterated their support for Ukraine and its territorial integrity by Western countries.

Expert Russia watchers have said that concerns about Russian military activities are justified, with evidence growing that Russia is building a force that could invade Ukraine if necessary. These developments come as Russian leaders express frustration with Ukraine’s pro-Western leanings and political obstacles in Ukraine running contrary to Russian interests.

“I would not downplay this,” Jeffrey Edmonds, a former CIA military analyst and Russia expert at CNA, told Insider. “The troop buildup is pretty significant.”

A number of battalion tactical groups not normally near Ukraine are in the area outside of the normal training cycle, he said. And, perhaps more troubling, is that Russia appears to be moving troops and equipment under the cover of darkness.

“A lot of the troops are shifting at night so as to avoid being detected,” Michael Kofman, the Research Program Director in the Russia Studies Program at CNA, pointed out in the recent Center for New American Security “Brussels Sprouts” podcast, adding that this is “even more worrisome because it raises questions about intentions.”

Then there is the rhetoric coming from Russian leaders, including President Vladimir Putin, who have become more vocal in calling for respect to Russia’s red lines, including expanded cooperation between NATO and Ukraine.

“This is significantly different,” Edmonds said of the buildup of Russian troops near Ukraine. “The way that it’s being done, how deliberately it’s being done, the size of the force, the amount of time it’s been there, and the rhetoric from the Russians themselves, I think this is actually very serious.”

“I’m not saying the decision has been made yet, but they have certainly put in the work so that when a decision is made, it’s going to happen fast,” he said.

Kofman said in last week’s CNAS podcast that “there are no signs that there is an imminent Russian invasion of Ukraine” but cautioned that this should provide little comfort.

“I don’t think there is going to be a Russian military operation in the coming days and weeks, but I am very worried looking into the coming months and toward this winter,” he said.

He described recent military movements, which began in early spring, as “symptomatic of a military that is preparing itself for this very real possibility,” a potential invasion.

Ukraine Brig. Gen. Kyrylo Budanov, the head of Ukraine’s defense intelligence agency, told Military Times on Saturday that Russia has nearly 100,000 troops amassed near Ukraine’s border and is preparing for a possible attack, which could come in late January or early February.

He suggested a Russian attack could be a multi-pronged assault involving artillery and airstrikes followed by airborne, amphibious, and ground force assaults.

Ukraine’s defense minister told The Washington Post last week that he believes Putin is still deciding what course of action to take. Russia has, however, repeatedly denied having plans to invade Ukraine.

“I think you always have to assume it’s a real possibility,” Jim Townsend, a former Pentagon and NATO official and security expert at CNAS, told Insider, describing Putin as an “opportunist” and a “gambler.”

“If he has the intent, he has the capability,” he said. “That’s something that you can’t underestimate, and that’s been a problem in the past,” he added, referring to the tendency of past administration’s to react slowly or inappropriately to Russian aggression.

He said that looking at the buildup near the Ukrainian border, Russia’s presence in the Black Sea, and other aggressive and coercive actions, military action against the Ukraine is “a very real possibility.”

Under these circumstances, CNN reported Monday, the US is considering sending military advisors and new military equipment to Ukraine, though it is reportedly weighing the decision carefully to avoid further escalating tensions or creating a provocation to which Russia might respond.

“We don’t have clarity into Moscow’s intentions, but we do know its playbook,” Secretary of State Anthony Blinken said earlier this month.

“Our concern,” the secretary said publicly, “is that Russia may make the serious mistake of attempting to rehash what it undertook back in 2014 when it amassed forces along the border, crossed into sovereign Ukrainian territory, and did so claiming falsely that it was provoked.”

The senior diplomat’s comments referenced Russia’s seizure of the Crimean Peninsula in 2014, a move that gave Russia unfettered access to the Black Sea amid international condemnation. Russian-backed separatists continue to wage war in eastern Ukraine, where thousands have been killed. A Russian military invasion would be much more costly.

Analysts see a prolonged rally as OPEC sticks to its plan