Britain’s energy regulator has set out plans that would allow it to adjust a price cap that limits electricity and gas bills for over 15m households more frequently than at present, after some suppliers warned the mechanism was adding to the crisis in the retail sector.

More than 20 energy suppliers have been forced out of business since the beginning of August as wholesale gas and power prices have surged to record highs, forcing Ofgem to find alternative providers for more than 2m households and nearly 58,000 business customers.

Ofgem introduced the price cap in 2019 at the behest of Theresa May’s government to offer consumers who chose not to shop around for cheap deals some protection against what the former UK prime minister saw at the time as “rip off” energy bills. It offers customers protected by the cap price certainty for six months and is changed every April and October.

Some energy groups, including ScottishPower, one of Britain’s biggest utilities, had warned, however, that the cap was exacerbating the difficulties currently faced by suppliers as it prevented them from passing on steep rises in wholesale markets to domestic customers sooner.

Last month, Ofgem raised the cap by more than 12 per cent. However, the October calculation did not take into account the tumult that has gripped wholesale markets since the summer as there is a lag of up to eight months in the wholesale prices that are used to calculate the cap’s level.

Under plans published by Ofgem on Friday, the regulator would be able to adjust the cap more often than every six months, although it warned more frequent changes would be reserved for “exceptional or unprecedented market changes such as the high global gas prices we have been experiencing recently” that would “have high impacts without urgent action”.

It is also consulting on whether to change some of the wholesale price elements that are used to calculate the level of the cap, “to account for costs and risks suppliers have been facing during the current period of high and volatile energy prices”.

However, the regulator does not intend to take a final decision on proposed changes until the beginning of February, meaning there is unlikely to be any let-up in the pressures facing suppliers over the winter months.

One senior industry executive described the plans as the “bare minimum”, adding: “It is too little too late in terms of what happens this year.” 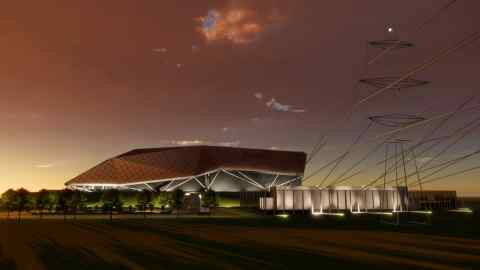 Ellen Fraser, a partner at the consultancy Baringa, pointed out that business secretary Kwasi Kwarteng had ruled out a change in the price cap any earlier than April, meaning many more suppliers were likely to fail over the winter.

“That ship has sailed by the time you get to the position of adjusting the price cap [in April],” she said.

Under its normal timetable, Ofgem is due to next review the cap in February with changes coming into force on April 1.

Analysts have suggested the cap could jump by more than 40 per cent to about £1,800 a year per household, based on average usage.

The business department said: “The energy price cap remains in place to protect millions of customers and will not be rising before the next scheduled review in April 2022. It is the best safety net available to protect consumers from excessive price hikes, ensuring they pay a fair price for their energy.”