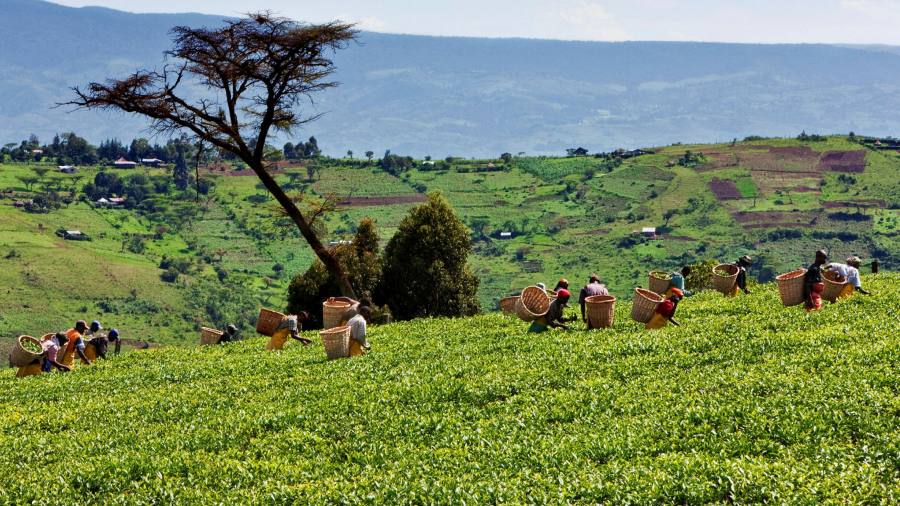 Bidders for Unilever’s tea business pulled out on plantation concerns


Two of the three final bidders for Unilever’s tea division balked at taking on the company’s plantations because of concerns about working conditions, according to people familiar with the matter.

The tea division, which includes the PG Tips and Lipton brands, was sold this week to CVC Capital Partners for €4.5bn.

But the Luxembourg-based buyout group was left as the only bidder willing to buy the whole division after Carlyle and Advent International decided they could not take on tea plantations in east Africa, which face difficult questions over human rights and fair pay.

Their decision underscores the heightened sensitivity of investors, even in the traditionally hard-nosed private equity industry, towards assets that have substantial environmental, social or governance risks.

Advent International excluded the tea estates from its final offer, two people with knowledge of the matter said, while Carlyle dropped out altogether just days before the bid deadline this week.

Advent had grown increasingly concerned about accepting responsibility for the health, welfare and security of thousands of plantation workers, one of the people familiar with the matter said. Bosses on the plantations have power not only over workers’ jobs but also their housing and medical care, as the sites are often in remote areas and rely on workers brought in from elsewhere.

The buyout group was particularly concerned that violence could flare up on its Kericho plantation in Kenya after the country’s general election which is set for August next year. Seven people were killed, 56 women raped and many injured in an assault on the plantation in the wake of disputed elections in 2007, according to a complaint filed by 218 Kenyans to two UN bodies last year.

A report on the plantations, produced for Advent, “didn’t make for pretty reading”, added one of the people familiar with the situation. That led the buyout group to exclude the plantations from its offer, bidding instead for the brands.

Unilever’s Kenyan business is reviewing claims it failed to adequately help workers affected by an attack on its Kericho plantation amid ethnic violence in 2007. It has more recently come into conflict with Kenyan workers as it automates picking, leading to job cuts.

The Kenyan plantation has also been the scene of reported sexual harassment of women workers by some managers. Unilever has responded with measures including more female leaders, training and an ethics hotline.

Pay in the tea industry is low. PG Tips, one of Unilever’s brands, says it pays workers at Kericho approximately two and a half times the statutory minimum agricultural income in Kenya. This was raised to the equivalent of just over £53 a month in 2018.

Francis Atwoli, secretary-general of the Central Organisation of Trade Unions of Kenya, said there remained outstanding claims for compensation from workers, which could mean “the potential buyer would have a lot of problems”.

Around 8,500 people are permanently employed on the Unilever plantations in Kenya, Tanzania and Rwanda, and this rises to about 16,000 when temporary workers are added in peak season, Unilever said.

Carlyle dropped out of the long-running auction because of concerns about “ESG considerations”, one person familiar with their thinking said, relating to concerns about plantation conditions.

Blackstone decided early on not to bid for the tea division, in part because of concerns about the treatment of workers, another person added. They described it as “a massive ESG issue”,

CVC arranged for ESG specialists to visit the plantations as part of its due diligence process, and decided Unilever had been a good steward of the business, a person with knowledge of the matter said. CVC declined to comment.

Its dealmakers also took comfort from Unilever’s reputation for being proactive on ESG issues and from the business’s membership of the Ethical Tea Partnership, which aims to make the tea industry fairer and more environmentally sustainable, the person said.

Growth has faltered in Unilever’s tea division, now renamed Ekaterra, which has €2bn of annual sales.

While some buyers were put off by the plantations, several had been drawn to the idea of snapping up what they saw as a low-priority unit within a conglomerate that could be reinvigorated with fresh investment in marketing and advertising.

Unilever said the price for which CVC has agreed to buy the division amounted to 14 times historical reported earnings before interest, taxes, depreciation and amortisation, “a substantial premium to valuations of similar companies . . . this demonstrates both the quality of the business and the robustness of the sale process”.

What We Expect to See Ahead of November 26

In Amazon scuffle, Visa’s loss could be Affirm’s gain – TechCrunch