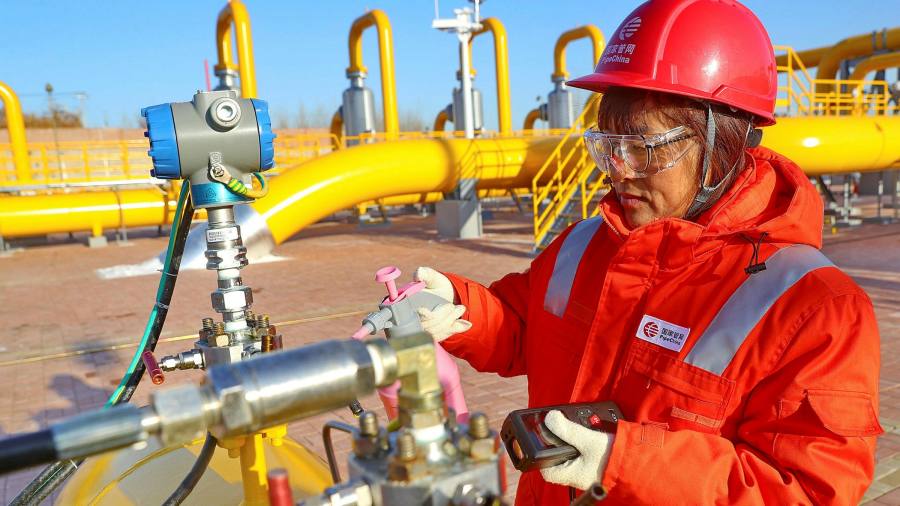 Russia’s energy deals with China may backfire on the Kremlin


The writer is a senior fellow at the Carnegie Moscow Center

The simultaneous energy crunch in Europe and China — the two biggest markets for Russian hydrocarbons — has provided Moscow with an opportunity to lock in a lucrative new gas deal with Beijing. The arrangement will enable Russia to sell gas to China from the same fields that supply its European customers. This poses a challenge for EU energy security. Yet over time, a growing reliance on the Chinese market will create challenges for the Kremlin, too, if it wants to avoid a one-sided dependence on Beijing.

With gas prices going through the roof in Europe, the Kremlin has once again demonstrated how much leverage it has on the European energy market. This remains true despite temporary setbacks for Moscow such as this week’s decision by the German energy regulator to suspend certification of the controversial Nord Stream 2 pipeline. Berlin’s move immediately drove up gas prices in Europe by 15 per cent.

True, the disruption might be shortlived as Nord Stream 2 is already busy meeting the regulator’s requirements. But Moscow also knows that, in the long run, concerted efforts will be made in EU capitals to curb the influence of Gazprom, the state-run Russian energy group, in Europe. In order to keep Russia’s gas leverage in Europe, therefore, and to capitalise on the country’s enormous gas reserves for as long as they can be monetised, President Vladimir Putin is looking in the direction of Beijing.

Gazprom has announced that it is finalising an agreement on a gas pipeline from Siberia to China. Power of Siberia 2, as the project is known, is likely to be signed off early next year.

The Kremlin knows it needs to seize the opportunity presented by the current energy crisis in China. Beijing sees natural gas as part of the answer in transforming its coal-dependent economy into a decarbonised future.

In the next decade, China intends to double its gas-generating capacity to about 200 gigawatts, so Gazprom has a time window for getting into the market. The energy crunch is creating a sense of urgency in Beijing. Moscow is eager to capitalise on China’s growing obsession with energy security and its preference for a pipeline from a friendly state over vulnerable maritime routes patrolled by US warships.

Unlike the existing Power of Siberia gas pipeline, which was agreed by Putin and President Xi Jinping in 2014 and launched in 2019, the new Sino-Russian project could pose a real threat to the EU.

The original Power of Siberia pumps gas from two fields in eastern Siberia — Kovykta and Chayanda — for which China is the only market. The construction of a 3,000km pipeline through the taiga with annual capacity of 38bn cubic metres has not provided Gazprom with real leverage over Europe.

Nevertheless, it has given the Kremlin an additional source of revenue. It has also served to vastly enrich two Gazprom contractors owned by Gennady Timchenko and Arkady Rotenberg. This pair are longtime friends of Putin and they have both been under US sanctions since 2014.

Power of Siberia 2, however, will use the same gasfields in the Yamal Peninsula that are Gazprom’s resource base for its European contracts. With a maximum annual volume of 50 bcm — comparable with the Nord Stream 2 pipeline project that runs under the Baltic Sea — a new pipeline to China will provide Russia with an option for really diversifying its gas flows, giving Gazprom an even stronger hand when bargaining with Europe.

Yet this approach will, in the longer run, inevitably have unintended downsides for Russia itself. If Moscow doubles down on building more pipelines to China as a counterweight to its reliance on energy exports to Europe, it might find within a decade that it is highly dependent on a sole consumer at the other end of the pipeline.

China has diversified its sources of hydrocarbon imports, and it will be able to leverage market access in order to extract commercial and political concessions, just as it does already with Australia and other countries.

If one day, for example, Beijing wants Russia to stop arming India and Vietnam, how will Moscow refuse if the Chinese market is the major source of revenues filling the Kremlin’s coffers?

Arguably, the Russian leadership might be aware of this risk. All the same, long-term thinking appears to be in short supply in Moscow — rather like gas in Europe right now.

Those Russian policymakers who voice caution are likely to lose the internal battles in the Kremlin’s corridors of power. The winners will be the people whose overriding goal is to build a pipeline through half of Eurasia at an inflated price.

Vietnam’s VinFast to Start Selling EVs in US Next Year, Takes on Tesla