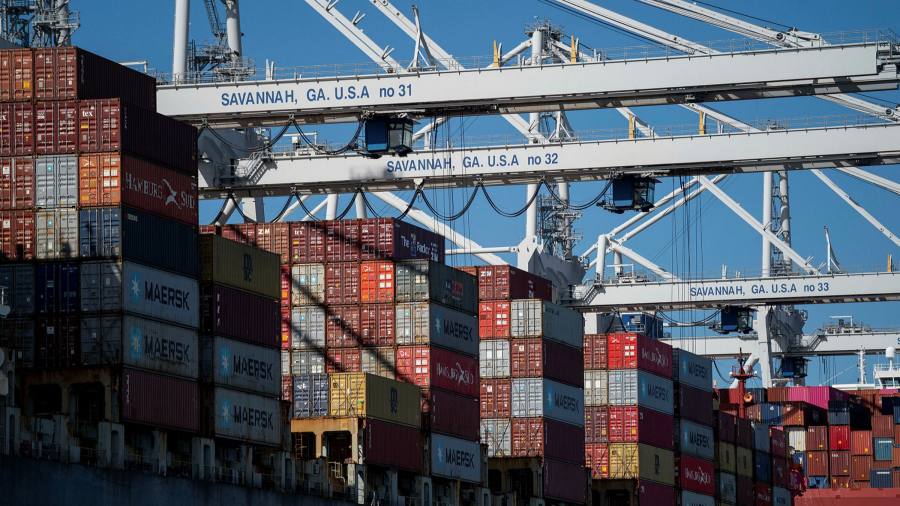 
The UN has warned that elevated shipping costs resulting from the global supply chain crunch will further fuel inflation around the world and disproportionately hit developing nations’ economies.

The surge in freight rates is likely to push up global consumer prices by an additional 1.5 per cent should they remain high for the next year, according to estimates by the United Nations Conference on Trade and Development in a report on Thursday.

The pandemic-induced boom in demand for goods, combined with supply chain disruptions from congested ports to the Suez Canal blockage, have caused freight rates to rocket to record highs, reaching about five times their average over the past decade.

With prices soaring for everything from steel to energy, central banks are judging whether inflation is likely to settle once supply chain kinks have been ironed out.

UK inflation jumped to 4.2 per cent in October, its highest level in almost a decade, increasing pressure on the Bank of England to raise interest rates. In the US, consumer prices rose by 6.2 per cent, their fastest increase since 1990, while eurozone inflation is running at a 13-year high of 4.1 per cent.

Jan Hoffmann, chief of trade logistics at Unctad, said that the shipping industry has tended to downplay its contribution to inflation. Executives often cite that it only costs a few cents to send a pair of shoes from China or a bottle of wine from Australia to Europe or the US, implying that a multifold jump is relatively insignificant for consumers.

But Hoffmann said the vast scale of goods shipped by container made the surge in freight rates relevant to the debate on global inflation.

“If we look at the inflation targets in Europe and the US, then 1.5 per cent is significant,” he said.

The impact of freight costs on the price paid by the consumer varies significantly depending on the product. Those underpinned by complex global supply chains such as computers, as well as cheaper bulky items including furniture and textiles, are likely to cost at least 10 per cent more as a result of the elevated shipping costs, the report said.

Sea-Intelligence, a maritime consultancy, forecast this week that it could take up to 30 months for rates to return to normal due to the depth of the supply chain crisis.

Sirimanne warned that further consolidation of logistics by ocean carriers, which are flush with bumper profits, could make higher shipping prices “stickier”.

How To Play The Crypto Correction