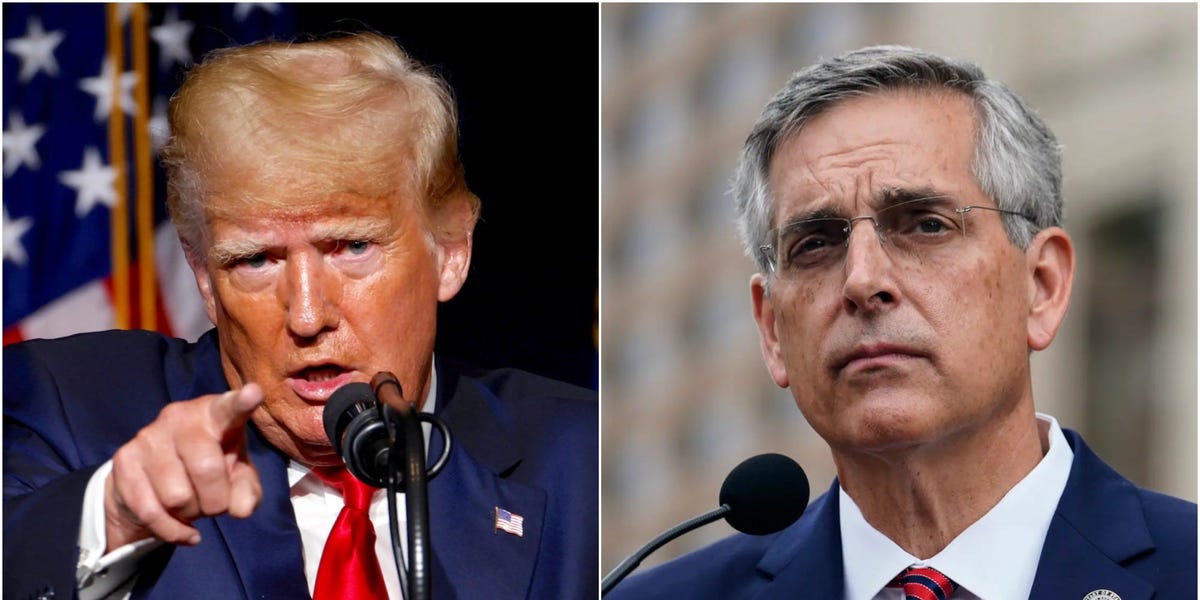 GA State Sec. Declined to Say If He Would Rule Out Voting for Trump in 2024

Georgia Secretary of State Brad Raffensperger declined to say if he would rule out voting for former President Donald Trump in 2024, despite Trump threatening and pressuring Raffensperger over the results of the 2020 election.

In an interview with MSNBC’s Mehdi Hasan, Hasan asked Raffensperger if he intended to support the former president during a potential 2024 run. The Georgia official voted for Trump in 2020 but later spoke out against Trump’s pressure campaign over the results of the 2020 election.

“That’s so far out in the future. I haven’t even thought about that,” Raffensperger said, adding that he is thinking about his own reelection in 2022 and hoping for a Republican presidential nominee with a “moral compass.”

“You’re not ruling it out, which is astonishing to me,” Hasan said. “This is a guy who incited violence against you and your family, and you’re considering maybe voting for him. You’re not saying tonight, ‘No way am I ever voting for that guy?'”

Raffensperger once again fielded the question, saying: “Was that a question or was that a statement? I didn’t quite understand.”

Earlier this year, multiple investigations were opened against the former president following his attempts to pressure election officials to alter the 2020 election results.

In a January 4 phone call to Raffensperger, Trump urged the Georgia official to “find” 11,780 votes to overturn the 2020 election, according to multiple media reports. Trump reportedly tried calling Raffensperger 18 times before getting through.

Raffensperger, a Republican, said in November 2020 that “there is no doubt” Biden won in the state.

In an interview with Insider this month, Raffensperger said his party needed to face “the brutal truth” about the popular vote and disputed voter fraud claims.

“As Republicans, we have not won the popular vote nationwide since 2004,” he told Insider, adding that the party needs a “reset.”

In the MSNBC interview, Hasan asked Raffensperger a final time if he would rule out voting for Trump before the segment concluded, and the secretary of state refused to answer.

“I believe, in 2024, we’ll have a person that can grow the party, because we didn’t have 50 percent of the popular vote for a long period of time,” he said. “We need to grow our party.”

Raffensperger added: “We need to figure out how to do that because so we have an attractive message that actually embraces people, expands the base, and we can make sure that we win the 50 plus one percent of the people, plus win the electoral college.”

Representatives from Raffensperger’s office did not immediately return Insider’s request for comment.

Taproot Kicks Jevons Paradox For Bitcoin UTXOs Into Another Gear

What it means for retailers and shoppers

Nominations for the Leading Managers and Agents for Influencers