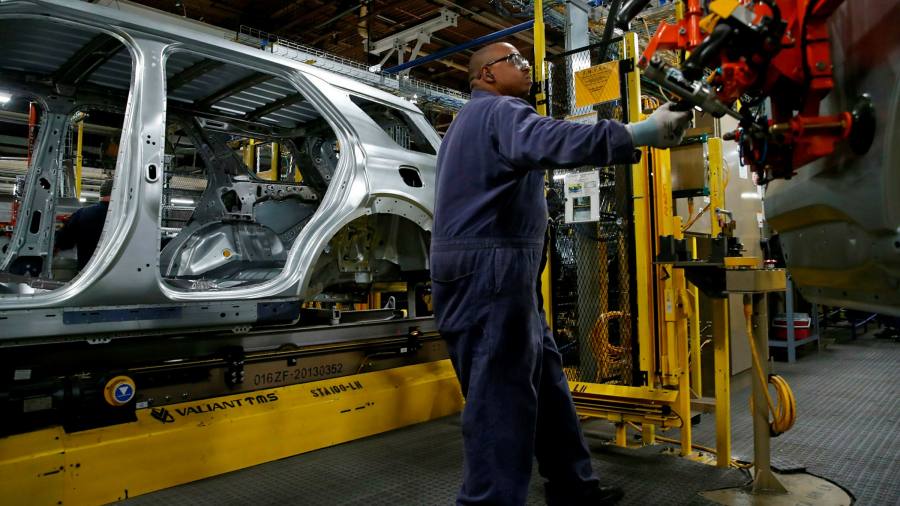 
Ford has signed an agreement with GlobalFoundries, a New York-based manufacturer of semiconductors, to improve supply of electronic chips as the car industry confronts a shortage.

The carmaker said the non-binding agreement “opens the door” for joint research and development and manufacturing of chips to supply its own assembly lines and others in the US auto industry.

The auto sector has been squeezed by a lack of semiconductors, limiting sales of new vehicles. Producers were unprepared when the decline in demand for cars and trucks caused by the pandemic last year reversed faster than they expected. They now find themselves competing against consumer electronic manufacturers for supplies of chips.

Now the auto industry, where Toyota pioneered the concept of just-in-time manufacturing in the 1970s, is re-evaluating how it secures this key part that is used in everything from brakes and power steering to entertainment systems. Ford said the agreement could boost the company’s supply of chips in a matter of months.

GlobalFoundries, which is owned by Abu Dhabi’s sovereign wealth fund Mubadala Investment Company, went public last month. The chipmaker’s shares were up 5.4 per cent at $66.07 on Thursday, while Ford rose 0.3 per cent to $19.92.

The companies’ joint R&D effort could develop the advanced chips needed for use in electric vehicle battery systems, semi-autonomous driving and over-the-air software updates, they added.

Jim Farley, Ford chief executive, said the agreement was “a key part” of its plan to vertically integrate, a move that gives companies greater control over their supply chains.

David Whiston, an analyst at Morningstar, said it was good to see Ford securing some domestic supply and to change course in keeping with Farley’s comments in April that the company needed to rethink how it assured supplies of critical components.

But he added that he doubted the agreement was “something that can be implemented fast unless GlobalFoundries already has the capacity set up and dedicated to Ford”.

Terms of the deal were not disclosed, but Ford is not taking an ownership stake in GlobalFoundries.