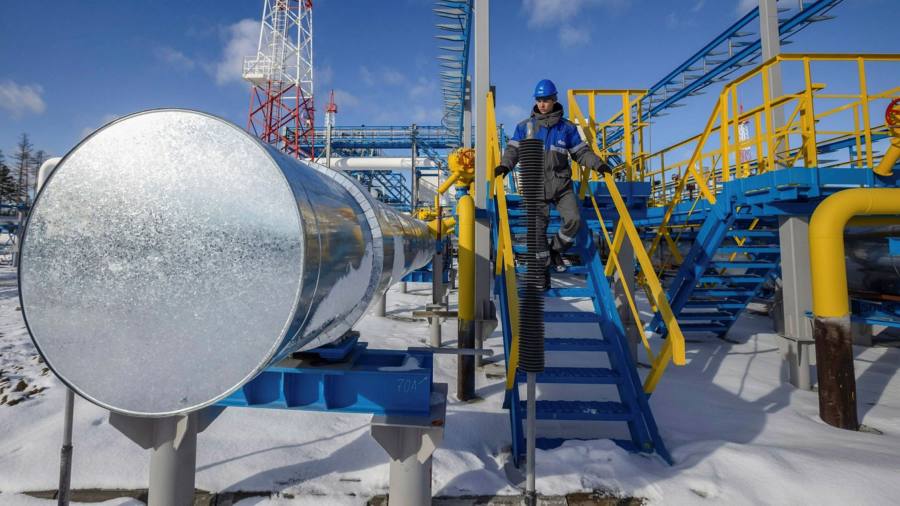 
UK and European gas prices surged on Wednesday, building on sharp gains over the past week, as a fresh jolt of concerns over supplies of the key fuel for power generation and heating swept the market.

The renewed increase in gas prices has been triggered by disappointment over Russian exports that remain well below their pre-pandemic level, while Germany paused the certification process for the politically sensitive Nord Stream 2 pipeline this week. Traders and analysts now expect that its start-up will not be approved until the second half of next year.

Prices had eased slightly from all-time peaks in October after Vladimir Putin, Russia’s president, indicated that state-owned Gazprom would increase supplies this month, following criticism that Moscow had exacerbated the gas crisis by limiting sales to western Europe this year.

The UK gas benchmark for delivery in December rose 5 per cent on Wednesday to £2.51 a therm, from £1.79 a week ago, with most of the gains coming in the past two days. The European benchmark gained about 7 per cent to a high of €101.60 per megawatt hour, up from €64 last week.

Prices eased later in the session, with the European benchmark pulling back to €95.50 and the UK price to £2.38.

More than a third of the EU’s gas supplies come from Russia, but this year exports have fallen, with Gazprom restricting sales only to those covered by long-term contracts while letting its own storage facilities in the continent drop to unusually low levels.

Gazprom has lifted exports slightly in November and added some supplies to its own storage sites, but levels remain well below where they were in 2019 and 2020, despite Russia having completed filling its domestic storage facilities ahead of the winter.

“The suspension of Nord Stream 2’s certification process has let bullish momentum take hold again,” said Zongqiang Luo at Rystad Energy, a consultancy. “Russian flows to Europe through Ukraine and Poland have marginally increased on the week, though they remain far short of an adequate level for a cold winter.”

On Wednesday, Gas Intensive, an industry group in Italy, asked the Italian government to consider tapping the country’s strategic gas reserves in light of the most recent price surge following the suspension of the Nord Stream 2 process.

“It is no longer tolerable for Italian industrial companies to pay the bill for international geopolitical dynamics,” Gas Intensive said.

Russia has been accused by some European legislators of trying to press Germany and the European Commission to accelerate the approval of Nord Stream 2, which will redivert supplies through Ukraine direct to Germany through the Baltic Sea. Some analysts say Moscow is exploiting the gas crunch as part of a broader push to destabilise European economies.

Gazprom has repeatedly declined to substantially boost exports to western Europe through Ukraine, where officials have accused Moscow of attempting to “blackmail” Europe. Putin has dismissed the complaints as politically motivated.

Ukraine is also concerned about the build-up of Russian military forces near its border, while the refugee crisis on the Belarus-Poland border is viewed by some officials as a Moscow-supported attempt to spread unrest.

Mike Muller, head of Asia at Vitol, the world’s largest independent oil trader, told a Financial Times conference on Wednesday that “we’ve seen a very marked depletion in Chinese onshore inventories, which tells you that globally now we have very low stocks”.

He added: “It is quite plausible that the market will keep going higher.”