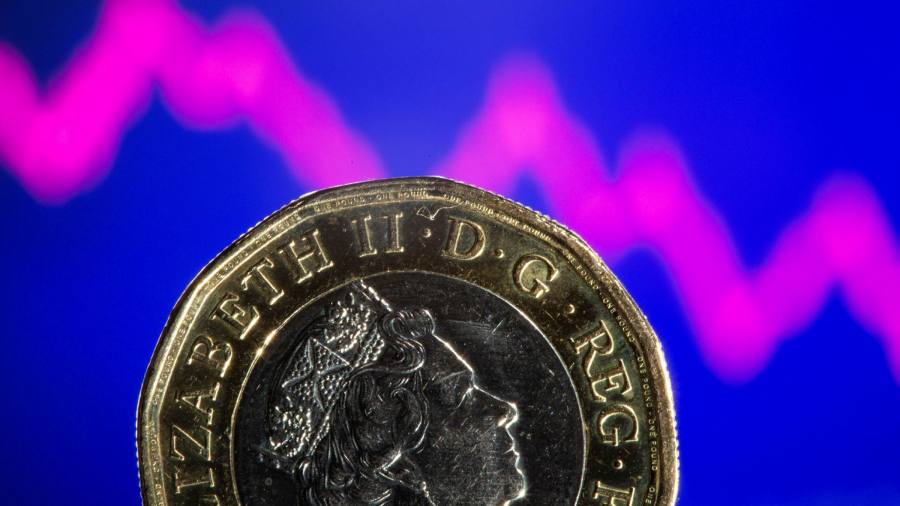 Sterling at highest point against euro since February 2020


Sterling reached its strongest point against the euro since February 2020 on Wednesday after UK inflation hit its highest level in almost a decade last month.

The pound rose 0.5 per cent against the euro to more than €1.19, taking it to its best week against the common currency since January 2021, as markets primed for a December rate rise by the Bank of England while expectations of a similar move by the European Central Bank remained low.

The annual rate of UK consumer price rises reached 4.2 per cent in October, data on Wednesday showed, more than double the central bank’s target and exceeding economists’ expectations for a 3.9 per cent increase.

“There’s a pretty good chance the base rate gets to 0.75 per cent next year” from a current historic low of 0.1 per cent, said Dean Turner, UK economist at UBS wealth management.

Traders expect the BoE to be the first big central bank to lift borrowing costs after global rate-setters pulled them down to historic lows in early 2020, according to Refinitiv data derived from interest rate swaps.

On Tuesday, BoE governor Andrew Bailey told a House of Commons committee he was “very uneasy” about UK inflation, which has been driven by rising costs of household energy, second-hand cars and fuel.

The UK currency also rose to its strongest against the dollar for about a week, purchasing about $1.34.

The dollar index, which measures the US currency against six others, sat at near its highest for 16 months, boosted by bets that the US central bank would lift interest rates from a record low next summer. US consumer price inflation reached a 30-year peak of 6.2 per cent in the year to October, while retail sales have also topped expectations.

The euro is near its weakest against the dollar since July 2020, at about $1.13. A JPMorgan index of emerging market currencies has dropped to its lowest level since September 2020, reflecting concerns of higher costs for developing countries that borrow money and buy goods in dollars.

Turkey’s lira fell 2.7 per cent on Wednesday to a record low of 10.6 per dollar. The South African rand is at 15.5 per dollar — its weakest since March. Mexico’s peso has also weakened, despite the nation’s central bank raising interest rates at its previous four meetings.

While Turkey’s central bank has slashed interest rates, rate-setters in Brazil, Russia, Chile and Colombia among others are viewed as likely to increase them.

“They are potentially doing so at the expense of economic growth, which makes their equity markets less attractive,” said Tim Graf, head of macro strategy at State Street.

In stock markets, Wall Street’s S&P 500 opened 0.1 per cent lower, close to its all-time high, following a better than anticipated corporate earnings season on both sides of the Atlantic that indicated companies were passing higher costs to customers.

The technology-focused Nasdaq Composite also fell 0.1 per cent while the Stoxx Europe 600 added 0.2 per cent, on track for its latest closing record.

S&P 500 Is Almost At New Record High: Will Uptrend Continue?