When NVIDIA (NASDAQ:) reports its latest earnings later today, the largest chipmaker in the U.S. by market value needs to show that its stock’s explosive gains are backed by equally impressive earnings growth. 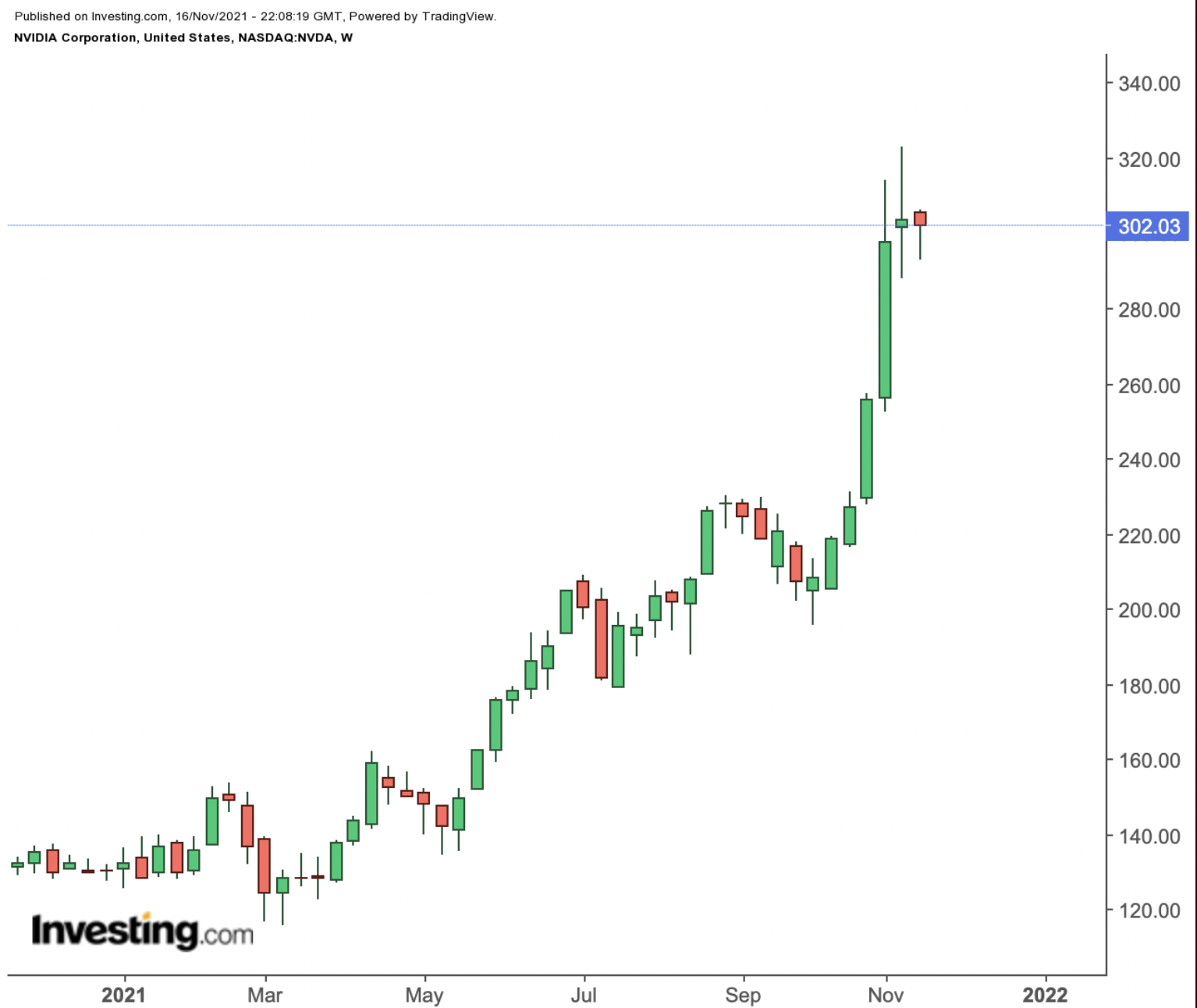 NVIDIA’s 130% surge this year has left competitors far behind in the red-hot semiconductor sector, where companies are benefiting from swelling demand for chips used in everything from cars to computers to household appliances. During the same period, the gained just 36%.

Shares of NVDA closed on Tuesday at $302.03, giving the company a $753.87 billion market cap and making it the seventh-most valuable company in the world.

At the heart of the rally is optimism that California-based NVIDIA is on track for amid strong demand for its graphics processors, which are used for computing tasks like artificial intelligence as well as gaming.

NVDA now sells for 66 times estimated earnings for the next year, the second most expensive in the NYFANG+ Index after Tesla (NASDAQ:), according to Bloomberg data. It’s also one of the most expensive stocks on the Philadelphia Semiconductor Index.

These powerful gains have also left analysts playing catch-up. According to an Investing.com survey, 36 analysts out of 41 now have an “outperform” rating on NVDA stock. 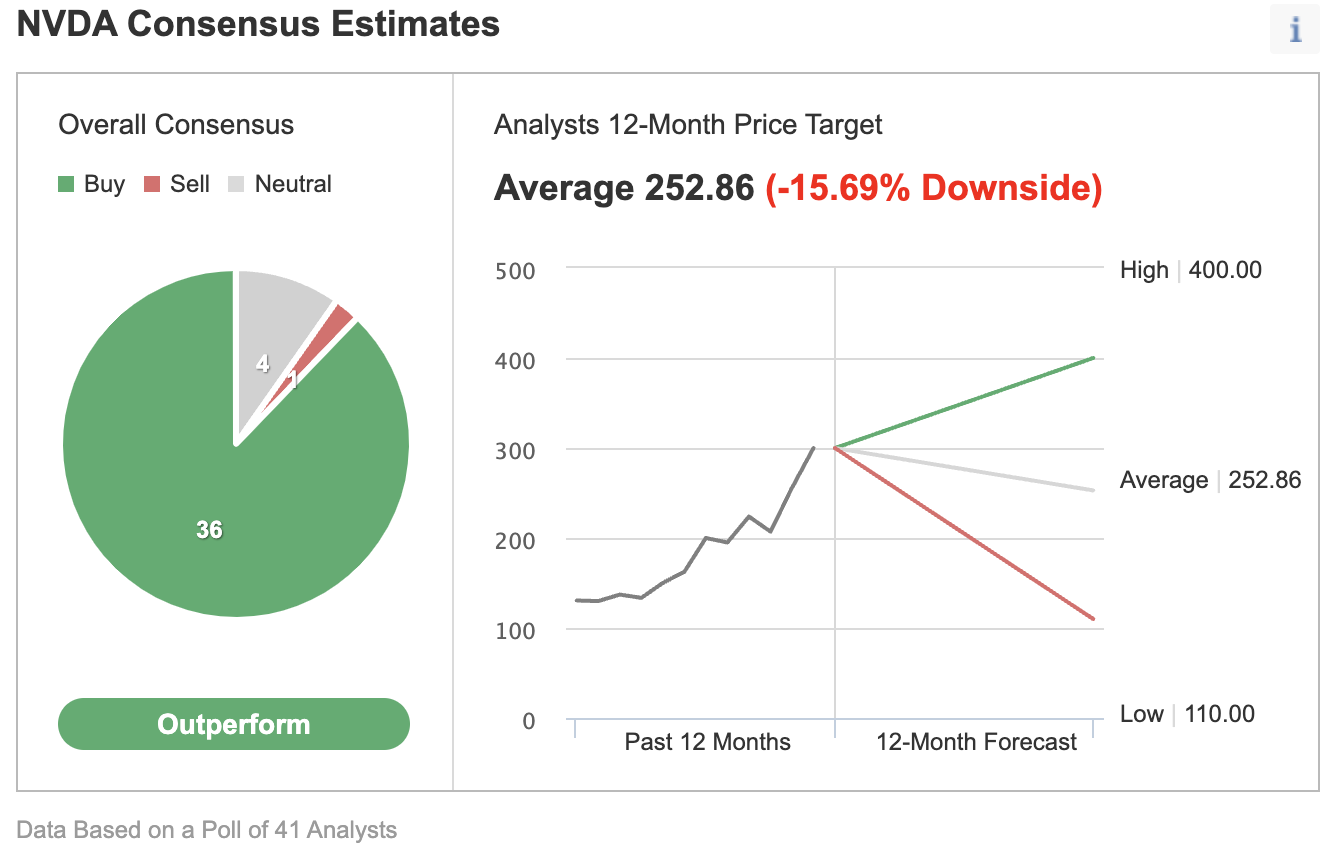 But their 12-month consensus price target shows a 15% downside, suggesting some upgrades could be on the way if earnings exceed expectations.

NVIDIA is a provider of the key components required for all the sector’s large, high-growth technologies, including cloud computing, artificial intelligence, robotic automation, mobile computing, the internet of things and crypto mining.

NVIDIA’s recent rally amped even higher after Meta Platforms (NASDAQ:), the company formerly known as Facebook, announced a new corporate focus on the metaverse, a digital environment accessed with virtual reality tools that rely on high-powered processors. Meta is investing billions into this initiative and NVIDIA is expected to be a key contributor in this push.

In addition to this new catalyst, continued gains in data-center chips and the popularity of video game consoles also contributed to analysts’ highly favorable rating on NVDA stock. The company has topped analyst estimates for earnings consistently over the past five years and has beaten Street revenue estimates for 10 consecutive quarters.

Oppenheimer analyst Rick Schafer, who has an outperform rating and a $350 price target on NVIDIA, said he was raising estimates ahead of earnings, due to the company’s superior supply situation amid global disruptions, along with data center, AI, and gaming strength.

“Nvidia remains the industry leader in high-performance gaming and is ideally positioned for sustained structural growth led by DC/AI.”

NVIDIA continues to be one of the most liked names by investors in the chip industry. That’s due to its expanding share of the data center and gaming segments.

That said, NVDA stock seems to currently be fully reflecting these expectations after the recent rally. It could be hard for the stock to show more upside in the near-term even after another blowout quarter.

Inflation data, earnings on the agenda