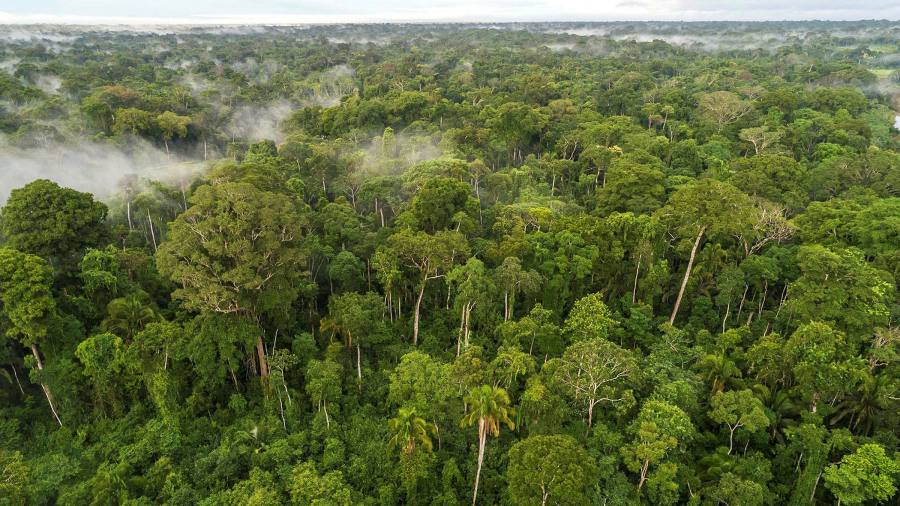 
Brussels is seeking to ban imports of foods including beef and coffee from areas at risk of deforestation, in a landmark regulation designed to protect the world’s most vulnerable forests.

Virginijus Sinkevicius, the EU’s commissioner for the environment and oceans, told the Financial Times that Brussels would target six agricultural products — beef, soy, palm oil, coffee, cacao and timber — in a draft anti-deforestation law due to be published on Wednesday.

The regulation would force companies to prove that products they sold into the EU’s single market did not contribute to illegal deforestation or forest degradation through agricultural use. “This regulation showcases our global responsibility and that the EU is walking the talk,” said Sinkevicius.

The draft law, which will need to be approved by EU governments and the European parliament, comes weeks after more than 100 world leaders promised to end global deforestation by 2030 at the UN COP26 summit.

The six products account for around 19 per cent of commodity imports into the EU, with the ban designed to reduce the impact of European consumer demand on the world’s forests and indigenous communities.

“The EU is sending a clear message to major supermarkets and agricultural commodities traders: one of the largest economies in the world won’t accept agricultural products linked to deforestation”, said Nico Muzi, Europe director of Mighty Earth, a non-governmental organisation.

Under the draft law, companies must show that products they sell into the single market are not linked to any deforestation or degradation activity dating from December 31 2020. Those failing to provide accurate information to national authorities via satellite images could face fines worth up to 4 per cent of their annual turnover.

“We don’t think this will place a big bureaucratic burden on companies. The cost of compliance and due diligence will not be dramatic. The costs of the measures will be much lower than the expected benefits,” said Sinkevicius.

Some environmental activists have welcomed the scope of the draft law, which encompasses legal and illegal forms of land use, as the boldest attempt by any regulator to crack down on deforestation. “The law represents a major leap forward in the fight against deforestation,” said Muzi. 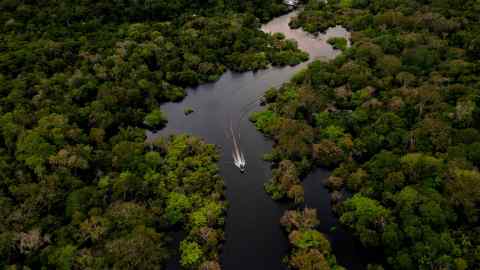 But it has been criticised by others for not including rubber among the listed commodities. Soaring demand for the material, which is used in products such as car tyres, is seen as a big new driver for deforestation. One study published in the journal Current Biology found that 5m hectares of tropical forests were cleared across mainland south-east Asia and sub-Saharan Africa for rubber plantations between 2003 and 2017.

Sinkevicius said Brussels had chosen the commodities based on an impact assessment targeting products with the worst so-called “embedded deforestation”. However, he added that the law would be regularly updated in future years to “take account of changing deforestation patterns in case there is a shift towards rubber”. Rubber may also be included in the law during negotiations on the draft with the European parliament and member states, some MEPs have said.

The anti-deforestation law is the EU’s latest attempt to raise scrutiny of product supply chains by cracking down on practices that harm the environment. Next month, the European Commission will propose a wider ranging due-diligence regulation that seeks to make companies liable for potential human rights abuses in their supply chains.

Brussels will also on Wednesday propose anti-waste rules to prevent EU countries from exporting waste to poorer countries unless they have given their explicit consent and guarantees that they can process the material.

Inflation data, earnings on the agenda