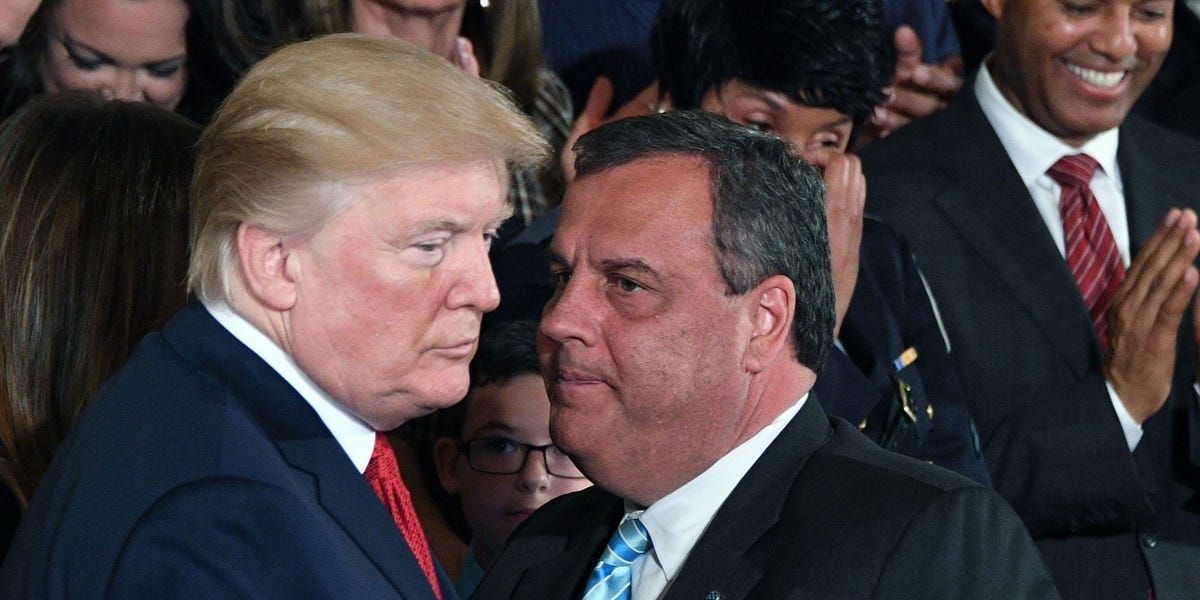 Trump Screamed at Christie Over Jared and Ivanka Charges During Debate Prep: Book

That’s according to ABC News reporter Jonathan Karl’s forthcoming book, “Betrayal: The Final Act of the Trump Show,” a copy of which was obtained by Insider in advance of its Tuesday release.

Christie was tasked with playing Biden for a mock debate session, while Conway served as moderator. According to the book, Giuliani was transfixed with Hunter Biden’s controversial business dealings in Ukraine, urging the former president to attack Biden over the issue.

“Rudy was being a disruptive force,” one of the attendees told Karl. “No matter what we were talking about, all he wanted to do was talk about Hunter Biden.”

As Giuliani struggled to display a video that purportedly showed more evidence of Biden’s corruption — his iPad kept freezing up — Christie came to see the line of attack as a risky strategy for Trump, given his own ethics issue. Acting in character as Joe Biden, he went on the attack to illustrate the point.

“You have real nerve talking about relatives taking advantage of political power,” Christie said, according to Karl. “You’ve invited your daughter and son-in-law into the White House and they made $36 million last year while they were doing the people’s business. Your family traded the influence they have in the White House to make tens of millions of dollars.”

As Christie continued to press the issue with Trump, the former president grew incensed.

“I’m not going to sit here and put up with this shit,” he said, reportedly glaring at Christie.

Christie then stepped back from his character to warn Trump. “If you go too deeply into the Hunter Biden stuff, this is the kind of stuff he will hit you back on. You’ve got to be ready for that. My job is to get you ready,” he said.

“I don’t want to hear anymore,” Trump said. “I know what they’re going to say. Enough. Let’s move on.”

Christie, Stepien and Meadows all agreed to bar Giuliani from future debate prep, which they were ultimately unsuccessful in doing; Giuliani was turned away from a 2:30pm debate session the next day, only to make it to a different one at 6pm by calling Trump directly.

“You come in and decide you want to be aggressive, and I think it’s the right thing to be aggressive, but that was too hot,” he said. “With all that heat, you lose the light. That potentially can be fixed. Maybe, maybe not.”

Christie did not respond to Insider’s request for comment for this article.

Johnson warns EU to choose between Ukraine and Nord Stream 2