The index went sideways on Thursday following a decline from its last week’s high. Is the downward correction over?

The recent rally was not broad-based and it was driven by a handful of tech stocks like Microsoft (NASDAQ:), NVIDIA (NASDAQ:) and Tesla (NASDAQ:). The market seemed overbought in the short-term and traded within a topping pattern. Today, the index may extend a short-term consolidation. 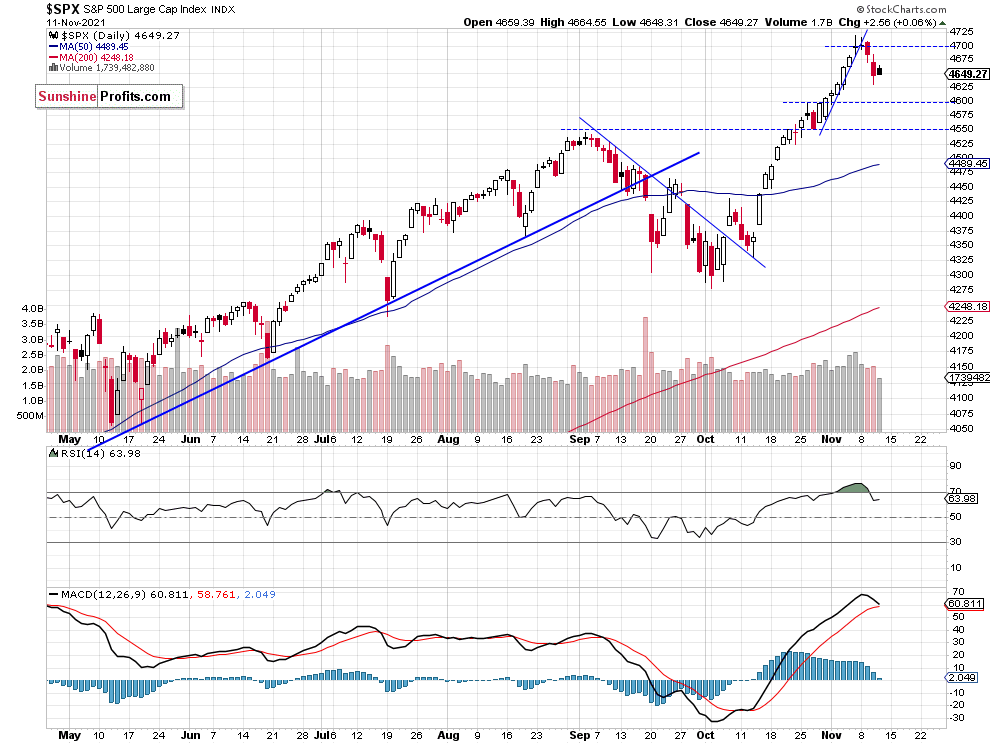 Let’s take a look at the chart. The technology index broke above the 16,000 level last week and on Friday it was trading at the new record high. The market accelerated higher above its short-term upward trendline. But since then it has been retracing the rally. The resistance level remains at 16,400, and the short-term support level is at 16,000, among others, as we can see on the daily chart: 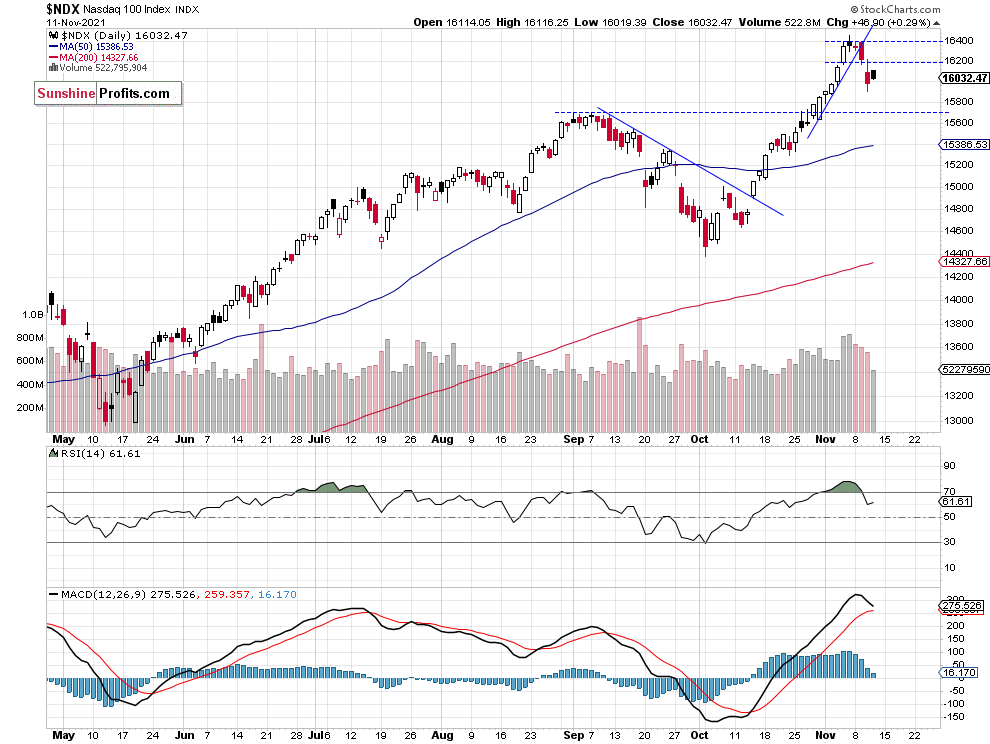 Let’s take a look at the two biggest stocks in the S&P 500 index, Apple (NASDAQ:) and Microsoft (NASDAQ:). Apple came back below the $150 price level. It is still well below the early September record high. Microsoft stock was reaching new record highs recently but on Wednesday it broke below its upward trendline. So the mega-caps tech stocks turned lower, as we can see on their daily charts: 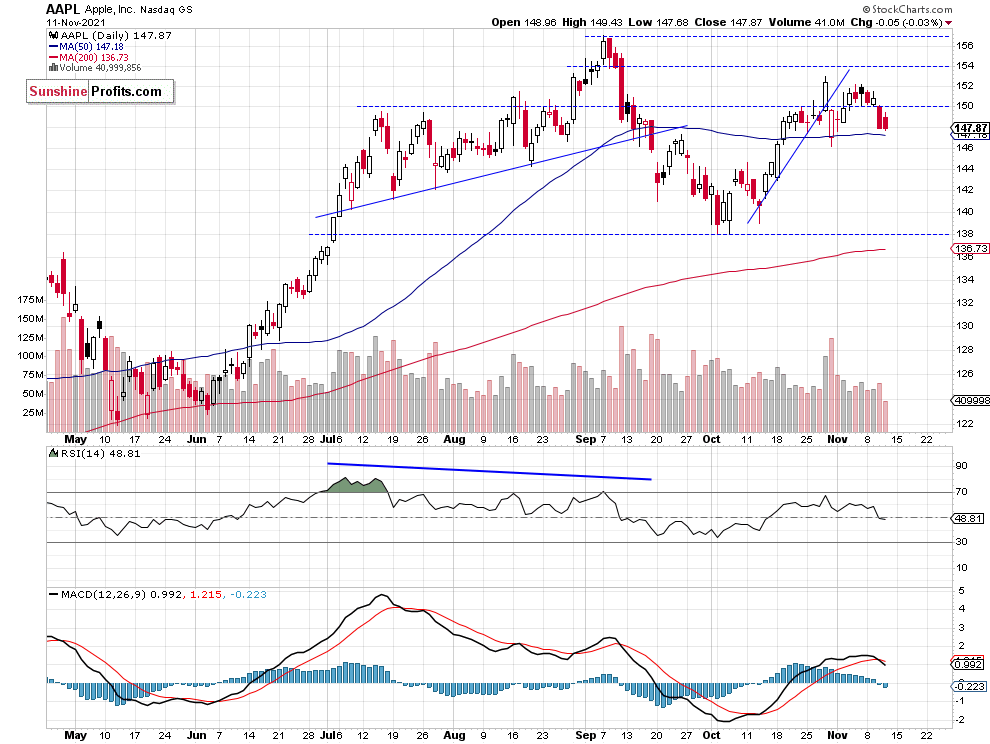 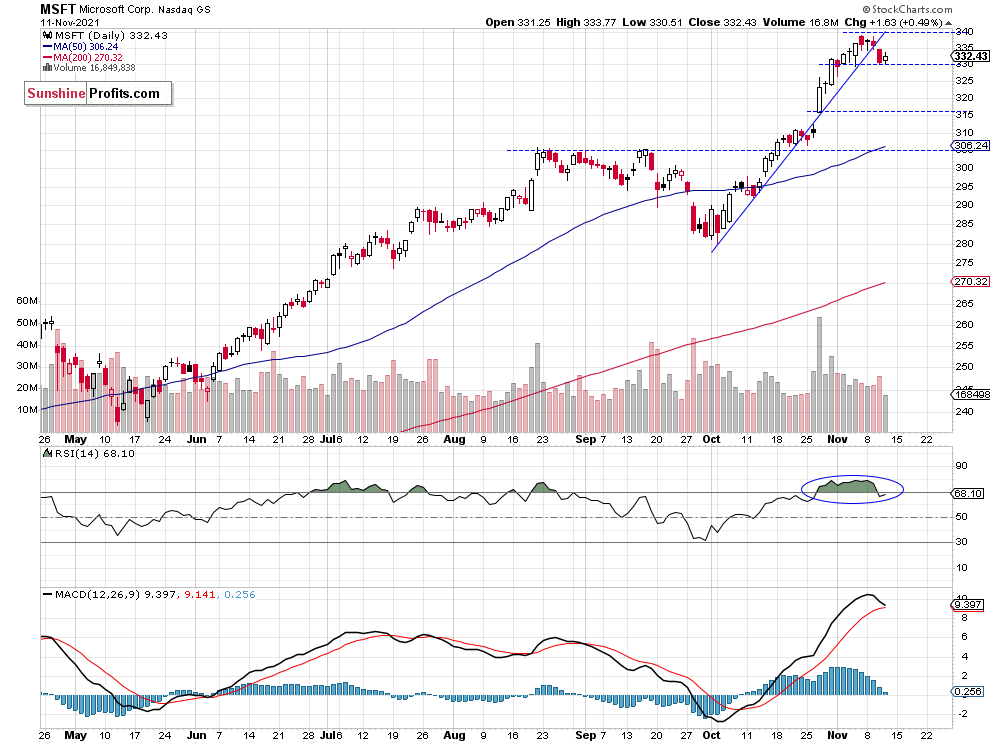 The S&P 500 index was little changed on Thursday and today it is expected to retrace some of its recent declines. So is the downward correction over? For now, there has been no confirmed short-term upward reversal and we may see some more consolidation below the 4,700 mark. The market may go sideways today, as investors keep taking short-term profits off the table following the recent economic and quarterly corporate earnings releases.