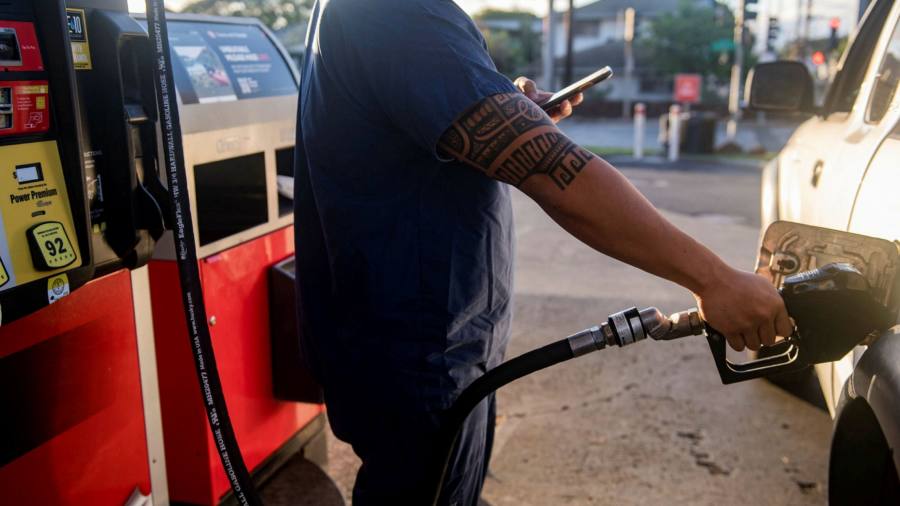 
The US Democratic party has an ancestral fear of rising energy prices. For good reason: Jimmy Carter, president from 1977 to 1981, is indelibly associated, in the minds of voters of a certain age, with queues of cars outside petrol stations and his well-meaning but seemingly ineffectual instructions to turn down the thermostat and put a sweater on. The incumbent president, Joe Biden, now has reason to fear that his domestic agenda and popularity, like those of his predecessor, will be forever tainted by higher fuel prices.

Figures this week showed that the US inflation rate was at its highest level for three decades during October. The data provides some more support for “team permanent” — those economists who believe that the current rise in inflation will sustain itself. As well as a higher headline figure beating expectations, the increase is broad-based and reflects a particularly sharp increase in rents. Short-term US government debt sold off after the figures were published, indicating investors believed the Federal Reserve would need to raise rates sooner rather than later.

On the other hand, “team transitory”, who include among their number the Fed chair Jay Powell, can find some consolation. Used car prices have rocketed again, linked to the shortage of semiconductor chips, but they are likely to resume their downward slide soon. Powell has distinguished between inflation being “shortlived” and transitory, pointing out that what the Fed is interested in is how the current spike affects the long-term trend rather than how long it lasts. Removing volatile food and energy to gain a measure of “core inflation” and the figures look less dramatic: at 4.6 per cent rather than 6.2 per cent. That is still high, but around the same level it was in June.

Biden, for his part, cannot afford to ignore what is happening to energy prices, especially after votes in New Jersey and Virginia underlined swings against the Democrats. Fuel prices are particularly politically sensitive, as Carter found to his cost. Joe Manchin, the West Virginia senator and swing voter in the Senate, has said he is concerned about the impact of another package of spending — the administration’s infrastructure bill — on inflation.

That might be unfair. Infrastructure money will be parcelled out only gradually, perhaps after the current bout of inflation has passed. Nevertheless, the rise in energy costs adds to the impression of an administration losing momentum. It provides more fuel for sceptics of going further and faster on climate change, including Manchin.

There is little that Biden can do, however, beyond the temporary salve of unleashing the strategic oil reserve. He has rallied against the Opec cartel, calling on Russia and Saudi Arabia to drill more. He could also look closer to home for culprits: US shale producers have, for the most part, failed to respond to higher prices by ramping up production. While smaller drillers are expected to drive up US oil production next year, the majors are still hanging back as shareholders demand more discipline instead of spending on production. Some majors also say they have learned from price wars before the pandemic that, ultimately, they will not be able to win a war for market share against Opec.

Biden has promised to “build back better” after the coronavirus pandemic. His big spending has already helped to deliver a historic recovery, with US national income back at a level above its pre-pandemic peak. The challenge will now become harder: to demonstrate he can deliver higher living standards without jeopardising his pledge to tackle climate change.