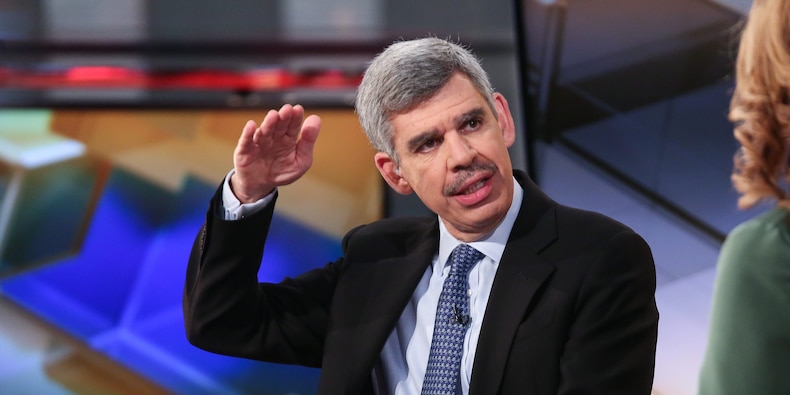 “There are lots of structural changes going on in the post-pandemic economy … you can’t simply dismiss them as transitory,” El-Erian told Bloomberg in a TV interview on Friday. “So it is going to go down in history as one of the worst inflation calls by the Federal Reserve.”

The Consumer Price Index gained 0.9% in month-over-month in October, the Bureau of Labor Statistics said Wednesday, far higher than economists’ expectation of 0.6%. The reading marks an acceleration from the 0.4% gain seen in September and the largest one-month jump since 2008. Year-over-year, inflation at 6.2% is the highest in 30 years.

But what makes the latest reading different, according to El-Erian, is the breadth of price growth, which rose faster across almost every category tracked by the Labor Department.

Still, the Fed and even the Biden administration have both reiterated the outlook earlier in November that inflation would be short-lived, arguing price growth would cool once the global supply-chain crisis eases.

El-Erian, who is also president of Queens’ College, Cambridge University, has repeatedly urged the central bank to taper assets purchases and has called them out for being too dovish.

“I desperately want to be wrong on this call because if inflation ends up to be hotter for longer, it has very unfortunate economic, financial, institutional, social, and political implications,” he told Bloomberg. “We all want to be wrong on this call, and we all hope that inflation is going to come down very quickly very soon. But I don’t think that’s going to happen.”

El-Erian even said Fed Chair Jerome Powell’s firm stance on the issue could complicate his future as he nears the end of his first term as Fed chief.