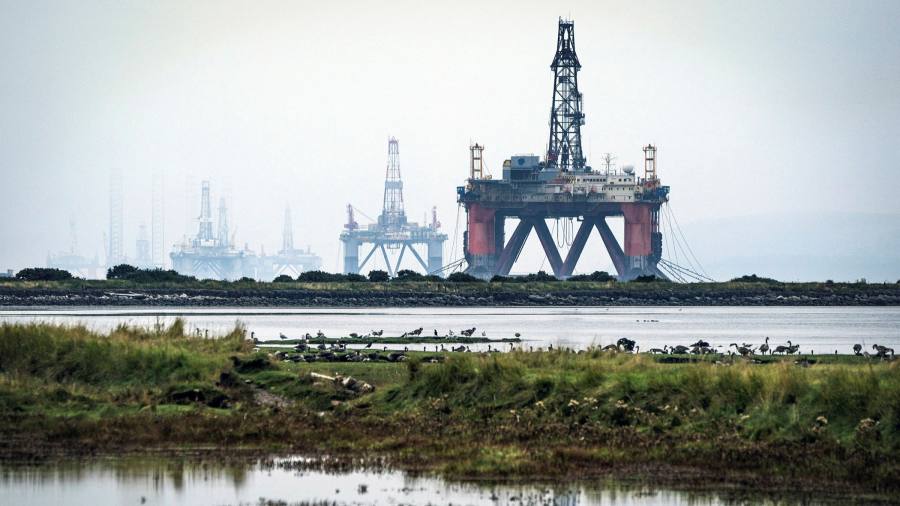 Scotland in talks with alliance to end oil and gas production


Scotland is in talks with a Europe-dominated alliance seeking to end oil and gas production that has been snubbed by the UK, host of UN climate talks in Glasgow.

Speaking at COP26, Denmark’s climate minister Dan Jorgensen said the Beyond Oil and Gas Alliance (BOGA) was in “close dialogue” with Scotland, where most of the UK oil and gas is concentrated in surrounding waters.

The group was formed by Denmark and Costa Rica in September; its members pledge to stop issuing exploration licences and phase out oil production. On Thursday, it added six new members, including Ireland and Wales, France and Sweden, taking the number of governments to 11.

The UK has so far resisted calls by climate campaigners to end oil and gas exploration. Instead, business secretary Kwasi Kwarteng said in March that it would apply a “climate compatibility” test to new oil and gas licences to ensure they were “compatible with wider climate objectives”.

At COP26, the UK has focused most of its attention on trying to end the use of coal, which is the most polluting fossil fuel.

Offshore oil and gas licensing and regulation in the UK is reserved to Westminster. However, Scotland’s first minister Nicola Sturgeon has in recent months pushed for a review of the UK government’s permitting policy.

While the offshore oil and gas industry remains a significant employer in the north-east of Scotland, Sturgeon has urged the UK government to “reassess” oil and gas licences that have already been issued, including for the controversial Cambo field north-west of the Shetland Islands.

Cambo’s proposed developers, private equity-backed Siccar Point Energy and Royal Dutch Shell, applied in June for regulatory approval to push ahead with the scheme, one of the largest undeveloped fields in UK waters.

It has since been at the centre of a fierce battle by environment groups to end all new exploration and development in the North Sea — something oil and gas groups argue would increase the UK’s reliance on imports.

About half of the UK’s gas needs in 2020 were met by imports from countries including Norway, Qatar, Russia and Nigeria.

Sturgeon on Thursday confirmed Scotland was in “active discussions” to join BOGA, saying it was examining different categories of membership to decide “what would best suit our circumstances” if it did.

“It’s not the easiest message for a country like Scotland that has a long history and a big oil and gas sector here to say that we must . . . move beyond oil and gas,” she told the Press Association. 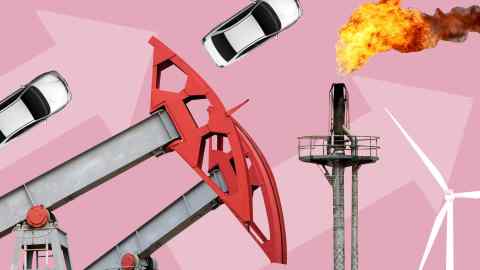 It had to be done in a way that “doesn’t simply increase our dependence on imported oil and gas and, crucially, doesn’t leave the 100,000 people currently working in oil and gas on the economic scrapheap”, she said.

However, Friends of the Earth Scotland criticised Sturgeon for not joining the alliance in time for COP26 and said her rhetoric, and photo opportunities with teen activist Greta Thunberg, had not led to a commitment to stopping oil and gas production.

Also at the summit, EU green chief Frans Timmermans said the reference for the first time to phasing out of coal and fossil fuel subsidies in the draft text for the COP26 agreement was of “huge importance” to the bloc.

“That for us is a very important point,” he said. “I’d rather see fossil fuels phased out. But phasing out subsidies for fossil fuels will already be a very good step forward.”

Other fossil fuel-dependent countries, including Saudi Arabia, have been pushing for the removal of the reference.

Earlier this year, the International Energy Agency said all new oil and gas exploration projects had to stop this year if global warming were to be kept from reaching catastrophic levels.

As part of our coverage of COP26 we want to hear from you. Do you think carbon pricing is the key to tackling climate change? Tell us via a short survey. We will share some of the most interesting and thought provoking answers in our newsletters or an upcoming story.

Trump Mar-a-Lago Raid Was Because FBI Thought He Withheld…

The Path To The Parallel Bitcoin Economy – Bitcoin…