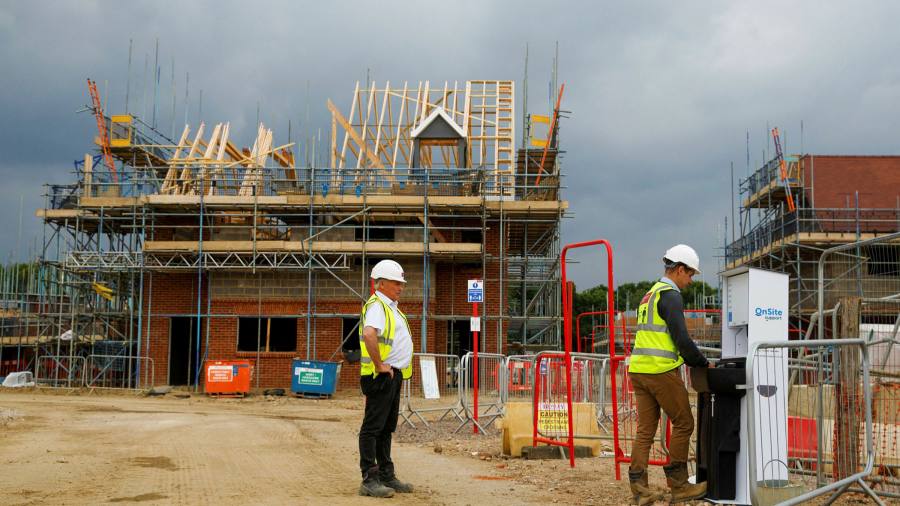 
UK economic growth beat expectations in September and narrowed the gap with pre-pandemic levels, supported by strong activity in the construction and health sectors.

Gross domestic product rose by a monthly rate of 0.6 per cent in September, up from the 0.2 per cent expansion in August, according to data from the Office for National Statistics on Thursday.

The September figure was stronger than the 0.4 per cent forecast by economists polled by Reuters.

Output was 0.6 per cent below February 2020 levels, before the pandemic, suggesting the economy has largely recovered from the hit of Covid-19 restrictions. China’s economy exceeded its pre-pandemic level last year and the US did the same in the second quarter.

In the three months to September, UK output grew 1.3 per cent, slower than the 1.5 forecast by the Bank of England, due to downward revisions to figures for both August and July. Growth was down from the 5.5 per cent expansion registered in the second quarter when it was boosted by the reopening of most businesses.

The Bank of England forecasts growth to slow in the third quarter to 1 per cent, reflecting supply chain disruptions and the impact of higher inflation on businesses and household spending.

Services output grew by 0.7 per cent in September, supported by health activity and a large rise in face-to-face appointments at GP surgeries in England.

Production output decreased 0.4 per cent, mainly because of a 4.1 per cent fall in the distribution of gas, its fourth consecutive monthly fall following exceptionally high output levels in May when adverse weather conditions boosted supply.

Construction returned to strong growth after two months of contraction.

ONS chief economist Grant Fitzner said that “growth picked up in September”, adding that the latest increase was led by the health sector, while lawyers also had a busy month as housebuyers rushed to complete purchases before the end of the stamp duty holiday.

However, growth in those sectors was partially offset by falls in the manufacture and sale of cars.