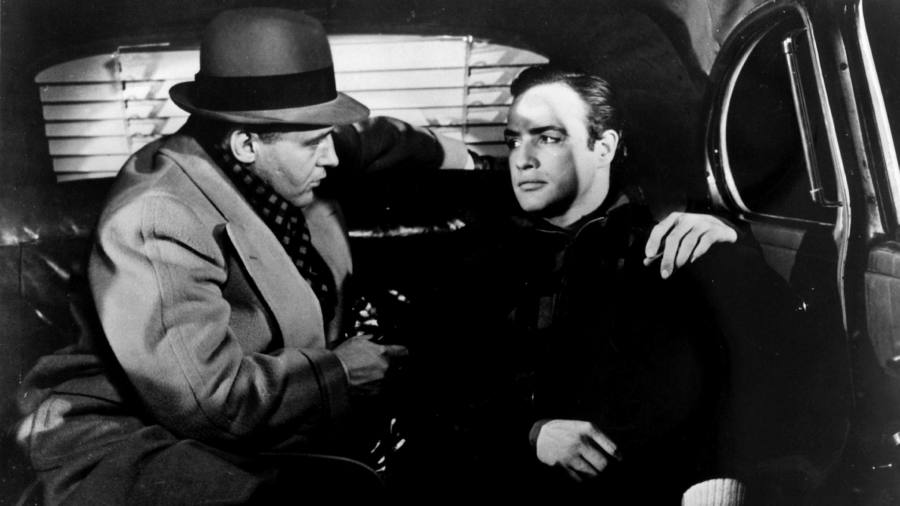 Could easing chokepoints in US ports just be wasting money?

This article is an on-site version of our Trade Secrets newsletter. Sign up here to get the newsletter sent straight to your inbox every Monday to Thursday

Hello from Brussels. As you receive this, the Trade Secrets (virtual) summit for 2021 is under way, with a day of discussion and debate on the global trading system, supply chains, the climate change angle and more. If you haven’t yet, you can register here and catch up with anything you’ve missed on video.

With supply-chain problems and the horrendous congestion at ports in general and west coast US ports in particular occupying everyone’s minds, the extended main piece in today’s newsletter is a what-can-we-learn-from-history thing. To be more precise, it asks whether the 1960s experience of inefficient ports being disrupted by new methods and new technology can repeat itself.

We want to hear from you. Send any thoughts to trade.secrets@ft.com or email me at alan.beattie@ft.com

Coulda been a contender but for the container

(It’s from a film.) The inspiration for today’s main piece came from rereading The Box, by the economist and historian Marc Levinson, a magisterial history of the technology, economics and politics of — stay with us — the shipping container. Trust us here: whether you’re already a trade nerd or not, you’ll want to read it.

One of the juiciest bits comes in the 1960s and 1970s, when containerisation broke open the horribly inefficient port arrangements in New York. The longstanding “break-bulk” system where cargo was laboriously unloaded, rearranged and loaded under antiquated working practices created lots of jobs for organised-crime-ridden labour unions in Manhattan and Brooklyn at great expense to the cost of shipping. The movie quoted above, On the Waterfront, set in New Jersey, is fiction, but the phenomenon of ports blighted by Mob influence and corruption was all too real. (Still is, some might say.)

Enter the standardised container, which massively improved efficiency after overcoming fierce opposition from the longshoremen (dockers) unions. Rather than continue to use the small crowded piers in New York City, the industry simply nipped over the Hudson to New Jersey and built a 1,500-foot container wharf there.

Is this analogous to the inefficient west coast ports such as Los Angeles and Long Beach today, with their limited operating hours, restrictive labour practices (admittedly with rather less sinister unions) and lack of automation? Will something come along to disrupt them? The answers are respectively “yes, somewhat” and “not clear”. Both the need and the potential for radical change are less obvious now than then.

Certainly, the container terminals at the likes of Long Beach are less technologically sophisticated than counterparts such as Rotterdam in the Netherlands. Ryan Petersen, the chief executive of the San Francisco-based freight forwarder Flexport, whom we spoke to recently, says: “Rotterdam has had a pretty much fully automated port complex for 20 plus years. In the United States we have Long Beach container terminal, but you still have drivers and crane operators in there.” He attributes this partly to the relative strength of the US labour unions, which have resisted automation, and partly the lack of government investment.

A long-term failure to build state-of-the-art systems means problems are not amenable to quick fixes. Get rid of one chokepoint and others become apparent. For example, there has been a lot of focus on operating hours, with President Joe Biden calling on the longshoremen and the big logistics companies such as UPS to work through the night. But it seems that’s not the main constraint. Full warehouses and a shortage of trucks and chassis to carry the containers make it hard to shift cargo even when the terminals are open.

MSC, the world’s second-largest container shipping line, runs a container terminal in Long Beach through its terminals business. But it says that when it opened through the night in September, it only got five trucks during the 3am to 8am shift. (You can hear MSC’s chief executive Soren Toft discuss ports, supply chains and trade at, guess where, today’s Trade Secrets summit.)

At this point Trade Secrets went to the mountaintop and asked Marc Levinson himself about the potential for disruption and improvement in America’s ports because of the supply-chain crunch. What he said was very interesting and somewhat against the conventional wisdom.

Sure, he said, labour unions and a lack of government backing — through legal authority as well as cash — had helped keep US ports relatively small and inefficient. The Dutch and Belgian governments can manage the ports of Rotterdam and Antwerp as one big operation, for example mandating that cargo be moved to and from container terminals by rail instead of road. The US state and federal governments don’t have the powers to regulate port practices the same way. The US Supreme Court in 2013 threw out a relatively modest “clean trucking” law by the Port of Los Angeles which would have regulated environmental and driving practices for trucks in the port.

But an overlooked issue, Levinson reckons, is the increasing concentration in the global shipping industry. A limited number of companies control a large share of the traffic and also run container terminals, and lack of competition might be a problem. “One question which doesn’t get asked too often is if there is in fact, a lack of investment in the terminals, why don’t the ship lines that control some terminals make those investments?” he says.

And with regard to the current situation, it’s uncertain whether any big investment will be justified in the long run. “The very rapid growth in demand for container shipping we’ve had over the past year and a half is not likely to continue,” Levinson says. “Before the pandemic, the maritime industry was suffering from excess capacity.”

Demand is the huge factor. The west coast ports are particularly hard-pressed because they handle much of the trade in consumer goods from Asia, boosted by Biden’s massive fiscal stimulus. Across the US, the port of Baltimore is priding itself on having avoided logjams by investing. But then Baltimore hasn’t seen the surge in traffic the west coast ports have, not least because (ironically) the global semiconductor shortage in supply chains has suppressed trade in cars.

Expansion in goods trade relative to overall gross domestic product stalled and then fell after 2008. An ageing population buys more services and fewer consumer durables; electric vehicle manufacture generates much less trade in auto parts than making conventional engines. “If you own a terminal, do you want to invest on the assumption that this extremely rapid growth rate continues?” Levinson says. “I think that’s an optimistic assumption.”

So, yes, you could almost certainly make US ports, especially on the west coast, more efficient. But would massive investment by the private or public sector have a good medium-term pay-off? Much less clear. The disruption of the New York City port from the 1960s and 1970s took place while world trade relative to GDP was on a decades-long secular upward trend, albeit with some big bumps on the way. Containerisation was a sure bet. Today’s situation looks more like an extraordinary one-off surge after the shock of the pandemic against a backdrop of secular sluggishness. The west coast might not get its radical transformation, but in the longer run it might not be worth it anyway.

France has persuaded the EU to postpone signing two new trade agreements, with New Zealand and Chile, until after its presidential elections in April.

Cambodia faces a devastating loss of preferential trade status with a second key market as the US plans (Nikkei, $) a review of corruption, organised crime and human rights abuses in the country.

The FT Trade Secrets Summit returns in 2021 to engage government, policymakers, finance and business in a vital dialogue on what’s next for trade and the opportunities for business. The agenda will provide a global perspective on the latest geopolitical context, updates on governance reform and practical advice for businesses navigating a new trade order. As a premium subscriber, you can join the event with a complimentary pass when you register with the promo code: PREMIUM200

Inflation Prompts Selloff, But Commodities Could Just Be Getting Started